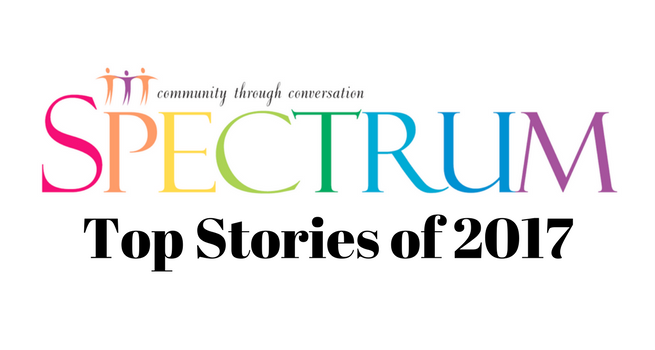 As the year comes to a close, we’re taking a look at the top stories that dominated the Adventist news cycle in 2017. From church and world politics to gender and sexuality, from a Michigan Conference book ban to a Puerto Rican self-proclaimed prophetess, here are the headlines that made waves this year:

The women’s ordination debate continued to make headlines throughout 2017. The General Conference of Seventh-day Adventists had declared a “year of grace” at the October 2016 Annual Council for unions ordaining women which kept the conversation at the forefront throughout this year.

In January, union presidents met with GC officials and reaffirmed their stance that “the Holy Spirit calls both men and women into ministry and we see no clear biblical mandate against ordaining women.”

In addition to reporting on that meeting, Spectrum editors Bonnie Dwyer and Jared Wright outlined a timeline of key events that had taken place since the July 2015 GC Session in San Antonio, including information on the newly established Unity Oversight Committee.

As February began, newly inaugurated President of the United States, Donald Trump, continued to be a source of conflict among Christians. Sari Fordham, associate professor of English at La Sierra University, penned a controversial op-ed for Spectrum that became the second most viewed story of 2017 with almost 20,000 readers.

Andrews University was also in the news as a Black History Month sermon by Dr. Jaime Kowlessar led to backlash and an apology by University leadership. Expressing hurt and anger over the apology, and standing in solidarity with the words expressed by Kowlessar, students created a video calling on administration to “apologize for the systemic racism it has perpetuated on its campus.” The #ItIsTimeAU video was viewed over 28,000 times on YouTube and the University responded with its own video that also received over 28,000 views. The videos generated so much conversation that Dr. Dwight K. Nelson, lead pastor at Pioneer Memorial Church on the campus of Andrews University, scrapped his previously planned sermon that week and preached one about white privilege instead.

See:
An Open Letter to Adventists Who Voted for Trump
A Sermon, an Apology, and a Rallying Cry at Andrews University
#ItIsTimeAU: Listen. Dialogue. Change. Andrews University Responds to Viral Video
Dwight Nelson on #ItIsTimeAU Video: "They're Right"

In March, Jared Wright reported on what he described as “a watershed sermon on gender and sexuality” by Chris Oberg, senior pastor at La Sierra University Church, and her husband Kerby Oberg, a scientist and professor at Loma Linda University. In the sermon, titled “Make It Pink! Make It Blue!” the Obergs “addressed transgender people and gender and reproductive discontinuity from both a scientific perspective and the perspective of the faith community.”

Discussions on gender and sexuality continued to lead the headlines in April. In our most-read article of 2017 with over 46,000 views, we reported on Pastor Alicia Johnston who chose to resign from pastoral ministry and came out as bisexual in a 27-minute video posted to Facebook. “I've decided to be fully honest about who I am. This is my coming out video, and I'd like to share with you my reasons and what I've learned along the way. #loveislove” read the description on the video which has since been viewed 39,000 times, shared over 300 times, and received almost 300 comments.

In May, our report on the latest “Outspoken” video from Daneen Akers and Stephen Eyer of Watchfire Films was the top story of the month. In this video, the third in the seven-part “Outspoken” series, Kris and Debbie Widmer discuss their journey toward understanding and accepting their transgender daughter. While the other six “Outspoken” films are from the perspective of Adventist individuals who identify as LGBT, this video was unique in that it showcased the story of the Adventist parents of an LGBT+ child. The story captured the attention of more than just Adventists. NBC News, Teen Vogue, Refinery29, and LGBTQ Nation were among the national outlets that picked up the Widmers’ story.

Our top two stories in June both hailed from Australia. Spectrum editor Bonnie Dwyer reported on the removal of popular director and speaker Gary Kent from It Is Written Oceania. In an official statement, the South Pacific Division said Kent’s removal was due to “conduct inconsistent with the responsibilities of the speaker/director.” In a subsequent meeting with donors, It Is Written Oceania and SPD officials attempted to clarify the situation by stating “the reasons for dismissal of the Speaker/Director was not the result of adultery or doctrinal differences. The SPD is trying to balance the transparency required by all church members, including the IIWO partners, and the dignity for the person concerned. Currently, the Church is restrained by what it can say while legal processes are in place. However, any perceived public humiliation of Gary or his family is deeply regretted.”

In more positive news, a book authored by Australian Adventist nutritionist Sue Radd and published by Signs Publishing was named “Best in the World” at the prestigious Gourmand World Cookbook Awards. Spectrum interviews editor Alita Byrd later spoke with Radd about the book and the impressive win.

Another significant event that occurred in June was the Unity Conference, held in London. The conference, which was only covered by the independent press, generated much discussion on the website and social media. Over 80 Seventh-day Adventist leaders from the North American, South Pacific, Trans-European, and Euro-Africa Divisions attended the meeting which was organized by union conference officials in response to the actions taken by the General Conference Executive Committee in October 2016.

Helen Pearson and Spectrum editor Bonnie Dwyer were in attendance and reported on the meetings. Additionally, the summer 2017 issue of our print journal featured all of the papers presented at the Unity Conference.

Our third most read story of 2017 was André Reis’ July report on Daisy Escalante, an Adventist “prophetess” in Puerto Rico who claims to be receiving dreams and visions from God. Escalante released her “revelations” in three hours of audio uploaded to YouTube. The audio files have since been removed. In addition to reporting on Escalante, Reis also outlined the history of other Adventists throughout the 20th and 21st century who claimed a prophetic gift from God. The article, published in both English and Spanish, received over 18,000 views.

Rounding out our top five stories of 2017 with over 13,000 readers tuning in was our report on Michigan Conference President Jay Gallimore’s ban on prominent Adventist theologian George Knight’s books at the three Adventist Book Centers (ABCs) in the Michigan Conference. Though requests for comment from Gallimore were ignored, Knight chatted with us about the ban stating, “I was hoping for a book burning to meet the symbolism of the times. Oh, well.” Knight’s books, though not available on the shelves of Michigan ABCs, continue to be best-sellers on Amazon. Meanwhile, Gallimore has since announced his retirement as president of the Michigan Conference.

Spectrum’s newest columnist, Matthew Quartey, began writing for us in May, and his thoughtful and insightful articles quickly became some of our most popular reads this year. Quartey refers to himself as a “transplanted Ghanaian” who now lives in Berrien Springs, Michigan.

In his August article, Quartey discussed the unhealthy relationship between the GC president and the African church. It quickly became our top read of the month. Here’s an excerpt:

“Elder Wilson may be well intentioned and believe sincerely in his cause, but so were many well-intentioned and sincere casualties who swam against the tide of egalitarianism and social justice. There is much to be disappointed in Wilson’s leadership in this ginned-up crisis, but my greatest displeasure is reserved for those leaders from the three African divisions who have indiscriminately, and some may say blindly, supported Wilson in his anti-WO crusade.”

See:
The African Church Leadership and the GC President: An Unhealthy Relationship

The church’s conflicted relationship with LGBT+ individuals was again a top story as we entered September. Australia had just mailed out the Australian Marriage Law Postal Survey, asking residents to vote on whether the law should be changed to allow same-sex couples to marry. In response to the postal survey, the Seventh-day Adventist Church in Australia issued a Day of Prayer and Fasting for Adventist churches. They also released a booklet that affirms the Church’s view on marriage.

Another top story for September was an investigative piece Tompaul Wheeler did for Spectrum on the demise of Insight magazine. Taking readers through Insight’s creation and zenith, Wheeler then weaved together the story of its slow death, discussing each cause in turn, and what comes next for the church and its outreach efforts for teens.

See:
Australian Adventists Respond to Marriage Law Postal Survey
Insight’s Twilight—What Killed Adventism’s Youth Magazine, and What We Should Do About It

October always sees our highest numbers here at Spectrum, with over half a million individuals tuning in this year for our Annual Council coverage, which spanned our website, Facebook, and Twitter. But it was George Knight’s exposé for Spectrum about the use of illegal proxy votes in a GC Division Officers meeting that garnered the most attention. It became our fourth most-read story of 2017 with almost 14,000 views. It was even cited by a delegate on the floor during the Annual Council unity document discussion.

See:
A Call to Action

The month of October ended with the North American Division’s year-end meetings, held in its new headquarters in Columbia, Maryland. Since its creation, the NAD had shared a building with the General Conference, but that all changed when it moved into the new facility this autumn. The year-end meetings kicked off with a grand opening ceremony. In addition to touring and reporting on the new building, Spectrum staff also spoke with the lead architect for the project.

Read about the NAD’s new headquarters here:
A New Building and a Renewed Hope: Day 1 at the NAD Meetings
Architect Shares the Vision Behind the NAD's New HQ

In November, women’s ordination continued to top the headlines when the Pacific Union Conference’s President’s Council voted not to submit their names for inclusion in the SDA Yearbook. This was a demonstration of solidarity with Sandra Roberts, president of the Southeastern California Conference (SECC), whose name has been left out of the Yearbook since her election in 2013.

Andrews University also garnered significant attention again with its creation of an LGBT+ care group. We spoke with several individuals directly involved with the group who were instrumental in its creation in our November story.

As Christmas neared, GC President Ted Wilson took the opportunity to remind Adventist members of the church’s official stance on “homosexuality and the church.” Though Wilson did not mention Andrews University, the timing of the statement makes it seem likely that the University’s new LGBT Care Group, announced only a few weeks before, and the subsequent mixed reaction it received, may have prompted his statement. Andrews had recently released its own official statement earlier in the month answering questions about its care group.

What will 2018 have in store for the Adventist Church? We’ll be here to let you know. And, if you appreciate Spectrum’s coverage of the Adventist news that matters to you, please consider supporting us with a year-end donation. As a non-profit news organization, every gift makes a difference and means we can report on more Adventist news from around the world.