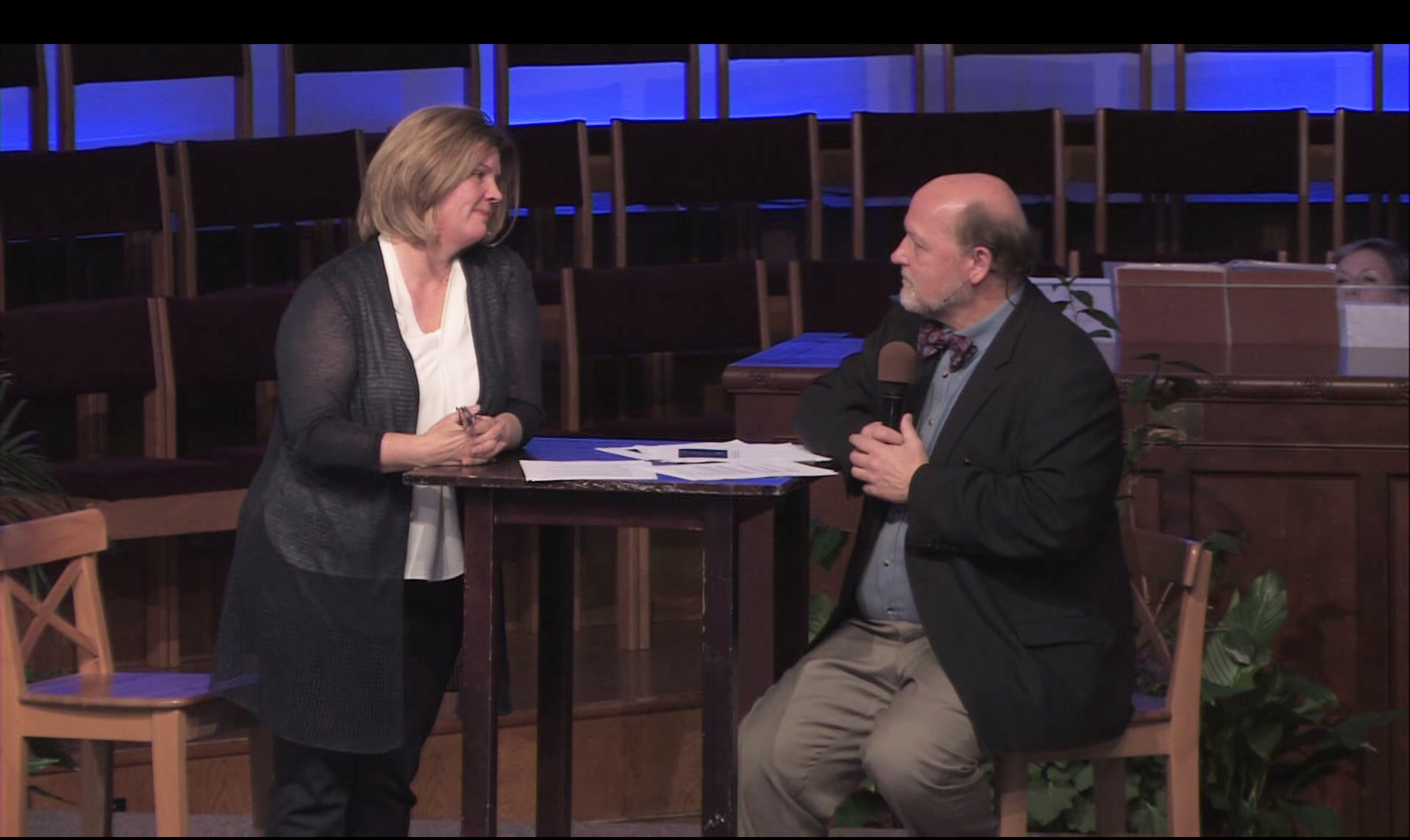 In a watershed sermon on gender and sexuality, La Sierra University Church Senior Pastor Chris Oberg explored reproductive discontinuity and gender dysphoria with her husband Kerby Oberg, a scientist and professor at Loma Linda University. The sermon came during a series titled "The Skin We're In" in which the La Sierra Church pastoral staff wove conversations with congregants and community members into their sermons.

Chris Oberg delivered her sermon "Make It Pink! Make It Blue!" on Saturday, March 11. The sermon pushed into territory the Seventh-day Adventist Church has avoided, certainly from the pulpit. She addressed transgender people and gender and reproductive discontinuity from both a scientific perspective and the perspective of the faith community.

She called the La Sierra University Church a church that "believes in truth telling" and framed the sermon series with the words “candid,”  and “going deeper.” The sermon series addressed the complexities of humanity from citizenship to race and from mental health to mortality, gender identity and sexuality.

Oberg shared the cover of a recent National Geographic magazine with the words “Gender Revolution” above a picture of people representing a range of gender identities. She suggested that had her parents seen that cover of National Geographic, they would have said, incredulous, “Really, we have to talk about this?!” 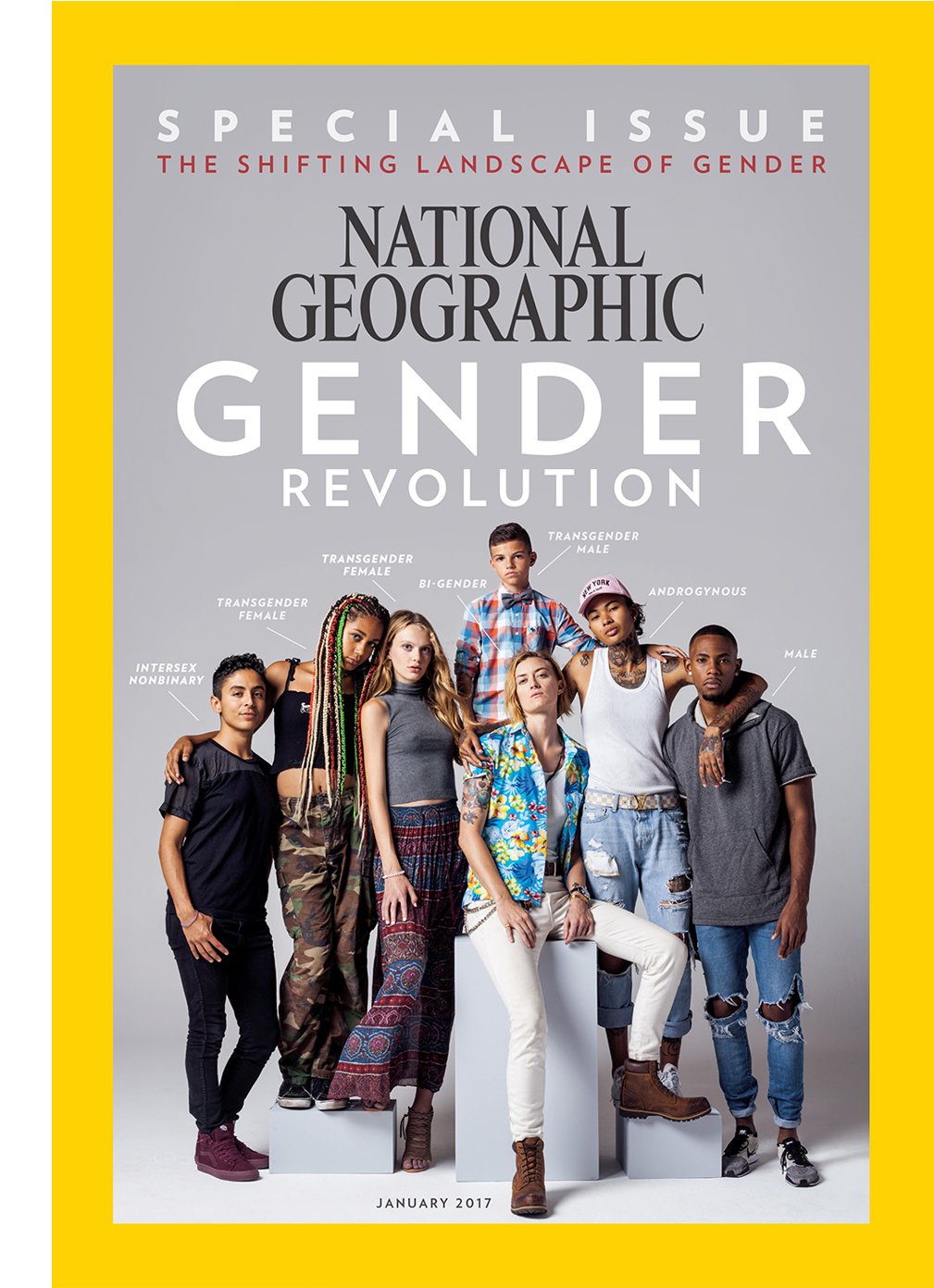 “Really, Church Family, we have to talk about this,” Oberg said, pointing to what she characterized as a void of conversation on the topic of gender identity within the Adventist Church.

Reading from Genesis 1:27—“God created humankind in his own image. In the image of God he created them; male and female he created them”—Oberg said the story is easy in one sense. “There is male, there is female . . . get on with your life.” But she hastened to say, “It is simple until it’s not.” As recently as five years ago, conversations about gender could be expected to be about difference between men and women and nurturing and caring for one another. But referring to the National Geographic cover on gender, she noted how the conversation on gender has shifted.

Some might say discussing gender can bring no satisfying solution, Oberg noted, “but silence is worse,” she said. “This is our world, and this is the world God so loves."

At the 10:00 minute mark in the video (below), she introduced Kerby Oberg, her husband. “I live with a scientist,” she said. “It’s been going on a few years.”

The title of her sermon, “Make It Pink! Make It Blue!” derived from a scene in the Disney film Sleeping Beauty in which two fairy godmothers were fighting over the color of Princess Aurora’s ball gown. One wanted to make it pink, the other blue. Chris and Kerby’s daughters watched that scene of the film over and over, Chris said.

Biology should be this easy, Chris suggested to Kerby—make it pink (female), make it blue (male). Kerby provided a precis on reproductive development and how chromosomes determine sex. “It’s far more complex than that,” he warned. Males and females begin the same, he said, with “undifferentiated or uncommitted” gonads. “It’s like before you make cookies; this is the cookie dough,” he said. Approximately 25 genes are involved in transforming undifferentiated gonads into either testes or ovaries (at about the 7th week of an embryo’s gestation), he noted. Local hormones are responsible for the formation of the internal reproductive “plumbing,” and systemic hormones are responsible for external features—appearance and so forth. Those systemic or “global” hormones also imprint “femaleness” or “maleness” on the brain. Those hormones are present at their highest level at about the 17th week of gestation. All this, Chris said, is if things proceed “according to the script.”

“If things don’t go according to the script, you have ambiguity,” Kerby said. Both Obergs shared stories of people who presented as female but had male internal organs as well—stories from field work in Kerby’s case and from National Geographic in Chris’s case. Kerby said that between 1% and 5% of the population (depending on the study) have some form of “reproductive discontinuity.” In a population of over 7 billion people, that means as many as 370 million people experience disunity between physical traits and gender identity. For every Adventist person in the world, there are 20 people who have some “disconnect,” as Chris put it.

Kerby expressed concern over the treatment of people who have reproductive asynchrony (or differences) and the language that is used to discuss their experiences. Chris offered a range of ways of describing the phenomena: “Do you say this is a variation on God’s plan? This is diversity? This is a mistake? This is a handicap (or malformation) like cleft lip and palate? This is sin?”

“For me,” Kerby responded, “this is not the typical developmental pattern, and that’s where I would leave it.”

Making an analogy to a child missing a leg but who wants to run, Kerby said the goal is helping all people (none of whom embodies God’s ideal) get closer to God’s ideal. “We will try to help that child figure out how to run.” For the church, Kerby said he would hope to see further exploration, further dialogue and listening to the pain that people have.

“Could you imagine if this were Amanda or Alisa (the Obergs’ adult daughters)?” Chris asked.

“Yes,” Kerby said, as both teared up.

Chris thanked her husband for sharing. As he left the platform, Chris said to the audience, “This is proof that faith and science can live together.”