Bruinsma on Adventists and Religious Freedom

Bruinsma on Adventists and Religious Freedom 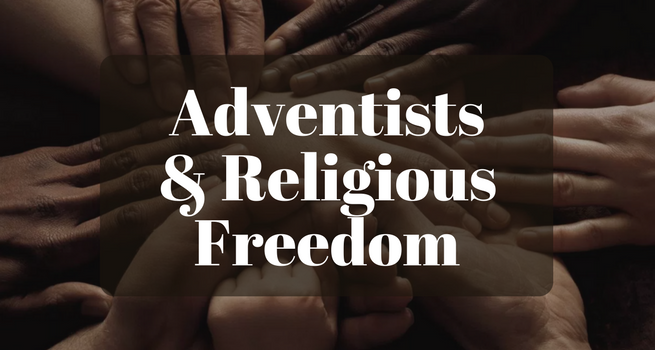 Dr. Reinder Bruinsma, writer, retired pastor and specialist in church history, summarized his paper with a question: How does the freedom that Christ gives translate in how we live our faith and in how we relate to others who practice their faith differently from how we do?

To answer his own question, Bruinsma recounted the history of religious freedom showing that ideas of religious liberty, comparatively recently codified in the Universal declaration of Human Rights, are new developments. Sadly, in most of human history, there has been a serious lack of religious freedom. The record of the church itself involving suppression and persecution of opponents and dissident members has been less than admirable. Although great progress has been made, including acceptance by the Second Vatican Council of ‘the right to religious freedom of all people,’ much remains to be done.

In this 500th anniversary year of the Reformation, Bruinsma asked another question: “How does our modern view of religious freedom compare with the understanding of the sixteenth-century Reformers?” First he demonstrated that Martin Luther’s concerns for freedom were mainly about the inner freedom of the Christian in response to the free gift of grace—freedom from the law and from the tyranny of "works" to gain God’s favor. Both Luther and Calvin were concerned with the separation of church and state and with the concept of free will. But the attitudes of both Reformers to those who differed from them did them little credit. Their intolerance, not only of those in the "mother church" that they had left but also of those in their own ranks who held positions they deemed heretical, was unremitting and led to conflict and bloodshed. As for those of different faiths, Luther’s "unrelenting anti-Semitism" is well documented.

While Ellen White’s account of the Reformation revealed that she admired the Protestant views of the 16th-century reformers, subsequent Adventist theologians have been critical of the positions of both Reformers in other areas. By modern standards, their teaching and behavior, particularly when it came to the relationship between church and state, falls far short of our ideals. The Adventist position on the full separation of church and state has been much closer to the Radical Reformation.

In the 19th century, early Adventism developed in an area where the settlers had Calvinist roots among people whose forbears had suffered religious persecution in Europe. But this did not mean that in their new country they would always favor full religious freedom and total separation of church and state. When the First Amendment to the American Constitution was written in 1791, it did stipulate that “Congress shall make no law respecting the establishment of religion or prohibiting the exercise thereof.” Ironically, “the colonial background of the new states was so overwhelmingly Protestant that it was simply assumed that such things as Sunday legislation, laws prohibiting atheism, and promoting public morals . . . were appropriate.” Nationally and on a state level, there were attempts, some of them successful, to pass Sunday laws.

Adventism—a new, Sabbath-keeping, religious movement, that originated in this nineteenth-century, Sunday-keeping context—could expect to meet with considerable opposition. Hardly surprising then, that from the beginning, Adventism would be strongly interested in the promotion of full religious freedom and of a total separation between church and state. This was the climate in which Ellen White wrote The Great Controversy. Many Seventh-day Adventists experienced opposition from other Christians in the National Reform Association. Along with other Protestants, Adventists were also experiencing both economic and religious threats from millions of immigrants from Catholic countries.

In 1889, Adventists established the Religious Liberty Association. That organization and its successor, the International Religious Liberty Association (IRLA) established in 1946, have devoted themselves to promoting complete freedom of conscience. The IRLA is headquartered in the Adventist head office in Silver Spring and enjoys the participation of many non-Adventist experts.

Clearly, Adventists are entitled to some sense of pride and satisfaction concerning their contributions to the promotion of religious liberty often involving themselves with other faith communities in that work. It is a response that contrasts strangely with their reluctance to get involved in interfaith or interdenominational projects.

This comprehensive history completed, Bruinsma came to "Issues and Questions."

1. Unfortunately, among Adventists, the conviction that liberty of conscience and of religion should be recognized as an essential right of every person is not always matched by a genuine interest in what others actually believe. Often Adventists continue to cherish stereotypical views of what other faith communities—like the Roman Catholic Church and the Protestant churches—stand for. Many hold on to facts that are no longer accurate. The traditional Adventist understanding of the Roman Catholic Church and of the Protestant churches as apostate communities has all too frequently led to disrespectful statements and unbecoming conduct toward those who believe differently from us. “It would,” said Bruinsma,  “show a mature Christian attitude if we would not just grant others the right to worship and believe as their conscience dictates but also show respect and a greater willingness to understand what they stand for and to give praise where praise is due.”

2. While Luther tended to undervalue the role of God’s law in the life of the Christian, Seventh-day Adventists have often erred in the direction of legalism. "Christ our Righteousness" must remain the basis for a correct understanding of salvation and justification by faith. This becomes even more essential today as "Last Generation Theology," with its dangerous emphasis on perfectionism, leads many adherents to doubt or deny that salvation is only and completely based on the merits of Christ.

3. Freedom of conscience and the freedom to express one’s beliefs raises questions. How much doctrinal diversity among leaders, ministers, and members can a denomination tolerate? Must individual Adventists agree with every detail of all the 28 Fundamental Beliefs if they are to qualify as "true" Adventists? If not, what are the ‘basics’? At what point should sanctions be introduced? Is there enough dialogue about the nature of Adventist "basics"?

Many people recognize that the genius of Adventism is the diversity which it has exhibited throughout its formative years and since. But how much of such diversity can be tolerated without losing the necessary degree of unity? Recent attempts at codifying in ever more detail what a "real" Adventist must believe are a form of coercion that limits the freedom a follower of Jesus must be able to experience.

Bruinsma went on to describe two additional symbols of attempts to limit freedom and diversity—the gradual growth in the number of church policies and proposed limitations on academic freedom.

Some policies may protect the freedom of church workers and the church members. The problems arise when the status of policies is almost on a par with church doctrine and when one ecclesial body claims to provide the only correct interpretations of those policies. This is the case with regard to some policies that directly or indirectly impact the debate on the ordination of female pastors.

Church entities below the General Conference level ought to have considerable freedom to adapt policies to their regional or local circumstances. In San Antonio that freedom was denied to those world regions that wanted to have the possibility of ordaining women pastors. The very reason why the church toward the end of the nineteenth and at the beginning of the twentieth century decentralized church authority, by creating a series of other church bodies (unions and later divisions) with considerable authority, was to make regional and local adaptations of ecclesial practices possible. There is a feeling on the part of many that this freedom to adapt rules and regulations has in recent years been tragically limited.

When it comes to academic freedom, few will deny that there must be some limits—not least in the screening of theologians. Agreeing what those limits are may be more difficult. Many scholars argue that recent attempts at systematic screening and pressure to subscribe, not only to basic beliefs, but also to Annual Council voted criteria on methods of Bible study, inhibits research and creative theological thinking. These screenings create a climate of fear which destroys open dialogue.

Are these developments not moving toward precisely the kind of system of ecclesial control against which the Reformers protested? Should a denomination that has always been a leading promoter of freedom of conscience and religion not also be willing to extend a fair amount of that freedom to its own members and its theology professors?

Bruinsma closed by reminding his audience that he was not arguing for playing fast and loose with the basic tenets of the Adventist faith. Rather, he was offering a reminder of the freedom of conscience that the Adventist pioneers treasured as they fled from codified creeds and that the church has repeatedly emphasized in the past. He finished with a stark warning: “True underlying unity is at serious risk,” he said.