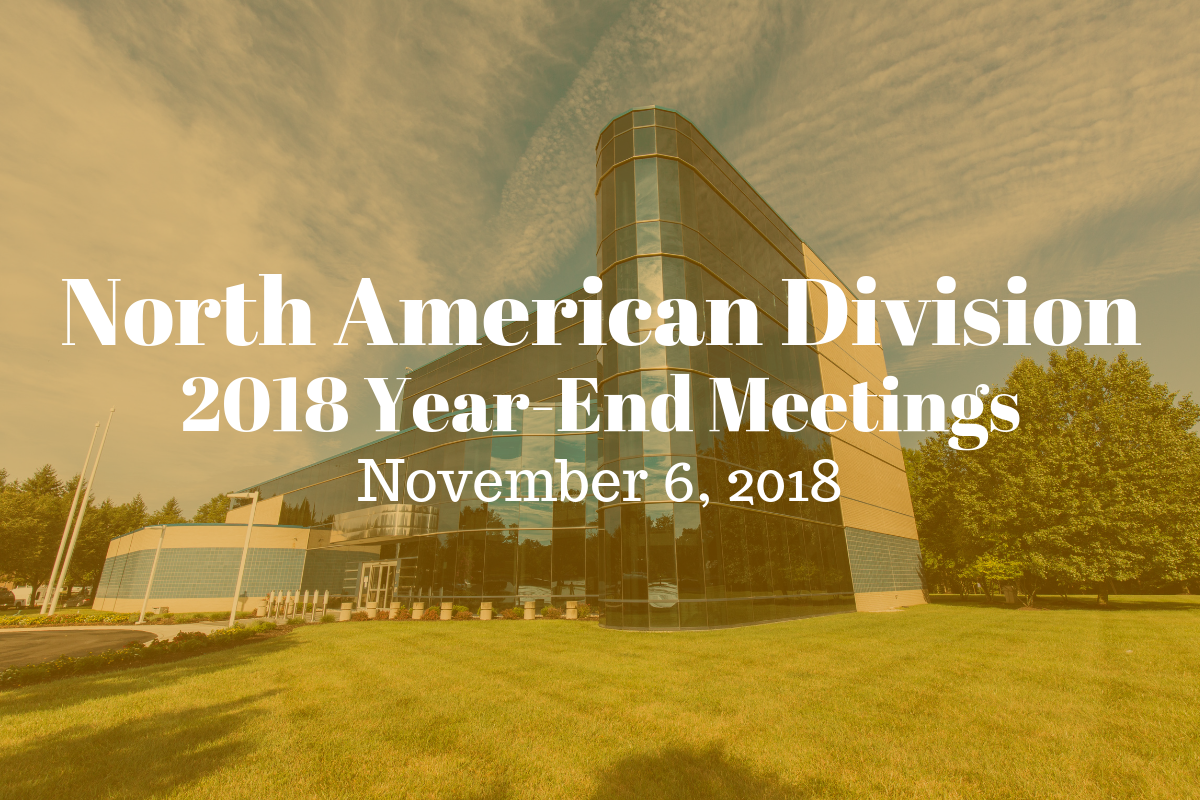 On the last day of the North American Division Year-end Meetings, an hour was set aside to discuss the statement of how the Division would officially respond to the General Conference’s recently approved process regarding non-compliance with General Conference actions. A writing committee had been appointed earlier in the week to draft a statement, and delegates had been given an opportunity to make suggestions they thought should be included.

John Freedman, president of the North Pacific Union and a member of the writing committee, read the statement to the delegates. It affirmed commitment to the Seventh-day Adventist faith and oneness in the body of Christ. It recognized Christ as the head of the church, the Bible as “our only creed,” the work of the Holy Spirit, the writings of Ellen G. White, and the resulting spirit of Christlike forbearance. “As such,” it continued, “we are compelled to reject the spirit and direction of this document voted at the 2018 Annual Council (hereafter indicated as ‘the document’), as it is not consistent with the biblical model of the church. We simply cannot, in good conscience, support or participate in the implementation of the process outlined in the document, as it is contrary to the culture of respect and collaboration taught in the Bible.”

Additionally, the NAD statement said the GC document “moves us away from the principles behind the 1901-03 reorganization.”

There were three requests for action: 1) that the General Conference Executive Committee at its 2019 Annual Council rescind the action approving this document, 2) that it revise any policies that enable majority fields to dictate the management of non-doctrinal, non-biblical issues to minority fields and create policies that protect the interests of minority fields, 3) that an item be placed on the 2020 General Conference Session agenda calling for a statement that affirms respect for the multiple cultures and practices in which we minister and empower ministry that is sensitive to the local context.

With an admonition from the chair “not to wordsmith the document” the floor was open for discussion.

Jim Micheff, president of the Michigan Conference, was first to the microphone. He spoke against the document, but in a conciliatory manner. “This is my family. I have agreed to disagree with those in favor of women’s ordination. It is not an issue I wish to discuss.” But he said this document makes that very difficult, because he felt that to accept the three requests for action would be to deny the authority of the General Conference. And the third item, in particular, the GC could not do. “We would have independent divisions interpreting what Adventism is throughout this whole field.” He concluded that, “If this vote goes, Michigan is a member of the North American Division of the General Conference. We will embrace it. You are still my brothers and sisters. We may not agree. I know that God is going to bring unity into this church. I don’t know how he is going to do it, but he is going to bring us into unity.”

Ramiro Cano, the president of the Central California Conference, who in a previous speech had told the gathering that he was from a compliant conference in a non-compliant union, opened his comments with a reference to the principles Jackson had set when the writing committee was given its task to draft a statement reflecting: 1) NAD mission, 2) in a Christ-like manner, 3) in harmony with biblical principles. “I want to affirm the work of the writing committee,” he said “it meets the principles that you outlined.” He said he was opposed to the document presented in Battle Creek, he was disappointed by that action. And then he closed with a question, “This document when it gets to the GC, will there be a receptivity to the document?”

Darrel Lindensmith, a pastor from the Dakota Conference, gave the shortest speech. “I did not have high expectations. Thanks committee. It is perfect. Shorten the first page a little, but just thank you.”

Ricardo Graham, president of the Pacific Union, also expressed appreciation to the writing committee saying that he liked the length and the tone. “It does not sound angry or rebellious. It sets out clearly the direction the division has been moving towards.” He reminded the delegates of a 2012 action taken at a Pacific Union Conference special constituency meeting (by a vote of 79% to 21%) to recognize ordination without regard to gender. “We have moved in that direction because that is what our people asked us to do. As an employee of the Pacific Union Conference, I have moved in the direction.” He closed by saying that “God is an equal opportunity employer.”

Diane Thurber, the president of Christian Record Services, was the only woman to speak. She began her comments in support of the document by pointing out that women are a majority in our Church’s membership, and that she was speaking “for those women whose voices have been silenced by those who don’t understand or recognize God’s love for women and His plans to deploy women to help Him reach a dying world.”

“I stand here because I could not say no to the call of God to serve in leadership for our Church. I am not a pastor but I am charged to help reach the more than 217 million visually impaired and 39 million who are blind in the world and ultimately to ‘empower people who are blind to engage their community and embrace the Blessed Hope.’ It was not a decision I made without confirmation of His call, a recognition that none of us are fully equipped for what He calls us to do, and belief that the message of His saving grace will only reach the whole world if we allow God to use and equip whomever He chooses to use for whichever task He needs done whenever He desires. We have seen many women, like men, submit their lives to Him and accomplish His purpose in powerful ways. How can we stand in His way?”

She asserted her belief that the Compliance Committees that will convene as a result of the document voted at Annual Council “will ultimately punish women, perpetuate more pain, and may ultimately prohibit women from serving as God calls and ordains.”

In spite of the chair’s request that people “not wordsmith the document” there were multiple suggestions for additions of words and phrases for clarification. Before breaking for lunch, the chair called for a vote, even though the writing committee was charged with making corrections over the lunch hour. The statement was approved with 176 in favor and 48 no votes (0 abstentions). Late in the afternoon, the edited document was returned to the floor, the modifications were read, and then a second approval of the document was made via a raising of hands.