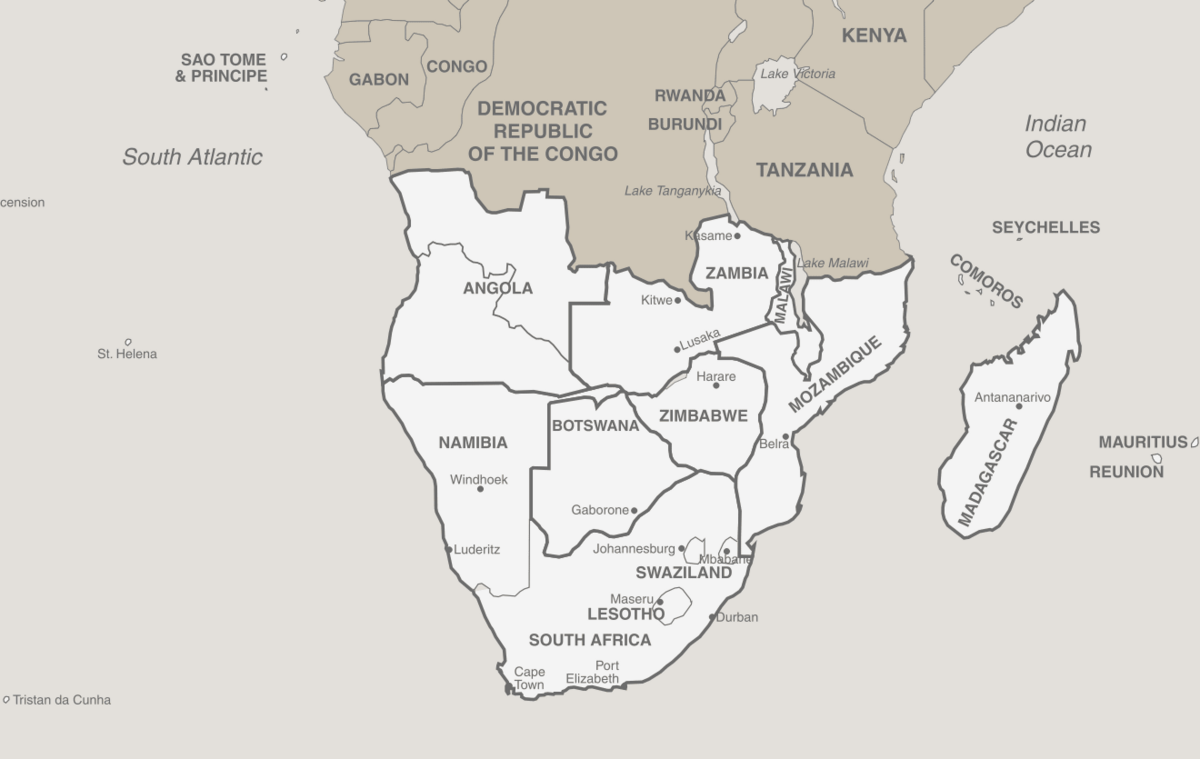 A forensic audit investigating a case of embezzlement in the Southern Africa Indian Ocean Division (SID) of the Seventh-day Adventist Church raises troubling questions about financial misconduct in that division and whether leadership properly handled the ensuing investigation. According to sources familiar with the situation, repercussions continue today for employees who try and raise concerns about issues contained in the audit.

The SID, with a reported membership of over 4 million, is one of the two largest world divisions of the Adventist Church. From its headquarters in South Africa, the SID oversees work in 23 countries.

The forensic audit—a portion of which was obtained by Spectrum—investigates a case of fraud first uncovered in 2016 that paints a picture of lax oversight under which an employee was able to misappropriate tens of thousands of dollars and go undiscovered for years.

Although the fraudulent employee was eventually fired, sources familiar with the situation raise concerns that the matter was not fully dealt with and that other misconduct has continued without accountability. Current employees feel threatened if they try to raise unresolved issues to leadership.

According to a source with direct knowledge from within the SID, speaking on condition of anonymity for fear of reprisal, there is a culture of secrecy and silence at the division. “Everyone knows that [there is] theft, but people keep quiet due to their fear of losing their jobs,” the source said.

Habson Chola was hired as the maintenance director for the SID in 2011. His wife, Caroline Chola, had been the division’s Women’s Ministries director since 2005, before which she worked for the regional church in Zambia. According to the official working policy of the SID, it is standard procedure to try and help an employee’s spouse find employment when a family moves from their home country for denominational work. Before Habson Chola began working at the SID, a 2009 biographical entry for the Chola family describes him as an “entrepreneur.”

After becoming the maintenance director, Habson Chola was responsible for taking care of the SID’s buildings, which often included hiring and managing contractors to perform specific work. In 2016, one of the SID’s three financial officers, Russell Raelly, began a routine financial review called for by new SID guidelines. When it came time to examine the property maintenance department, Chola was “hesitant” for his dealings to be examined, the forensic audit states. The reason why would soon become apparent.

Raelly discovered that Chola appeared to have submitted forged invoices, reporting to be from suppliers and contractors, to the SID for reimbursement; doing so could allow the maintenance director to pocket the money himself. Recognizing the legal and ethical ramifications of the situation, Raelly advocated for an independent investigation.

“This makes all of us (CFO, FOs, including myself, a suspect),” Raelly wrote in an email to SID executive leadership on December 8, 2016. “This raises the concern how do we investigate ourselves and not land in the legal risk of predetermined outcomes.”

The stakes for SID leaders were significant. According to South Africa’s PRECCA act, in the case of fraud totaling more than 100,000 Rand (approximately $6,000), “any person who holds a position of authority” is required to report the fraud to the police. Failure to do so is a criminal offense.

Based on Raelly’s entreaties, the SID eventually commissioned Mazars, a renowned international accounting firm, to do the forensic investigation.

The investigation by Mazars was wide ranging. Although regular audits of the SID (and Adventist institutions around the world) are performed by the General Conference Auditing Service, standard auditors are not typically equipped to carry out a forensic audit, which can resemble a criminal investigation. The Mazars inquiry was headed by Christo Snyman, the national director for the forensic branch of Mazars South Africa, and a former police captain in the nation’s commercial crime division.

Snyman did not respond to a request for comment about the report.

At several points, Mazars casts doubt on the SID’s procedures, as the division worked to get a handle on the misconduct. SID leaders notified Chola that his conduct was being examined on December 5, 2016—the same day that Raelly gave his initial findings to leadership—but did not request that Chola surrender his work computer until more than a week later. Mazars was later given that computer, but an examination of its hard drive contained “very little data.”

It was not until January 13, 2017, that SID leadership voted to put Chola on administrative leave, pending further investigation.

The Mazars report reveals evidence of multiple schemes carried out by Chola, including that he would accompany contractors to the bank when they cashed their checks and demand a cut; a template for creating fraudulent invoices was also found on his computer.

In all, Mazars examined the financial records of Chola’s department spanning two years, and found over 1 million Rand in suspected fraud (more than $60,000), a figure comprising more than 30% of the maintenance department’s budget.

Even with robust internal controls, fraud can happen in any organization when there is an employee intent on maleficence. Perhaps the most troubling aspects raised by the Mazars report are not even the fraud committed by Chola, but rather a possibility that the institutional deficiencies allowing fraud to flourish for years have gone unaddressed.

Goodwell Nthani was the chief financial officer of the division at that time. The report identifies that he “was responsible for overall management and administration of SID’s finances” but “did not exercise proper management control” over the budgets.

Even before the questions that led to the final investigation, there were reports that should have raised red flags, Mazars found. “Mr. Nthani’s failure to properly investigate any of these complaints and/or institute proper action against Mr. Chola is regarded as being questionable.”

Not long after the affair came to light, Nthani left the SID and moved to the United States for a job with the Adventist Development and Relief Agency. Nthani declined to answer questions pertaining to this story or address the characterization of his conduct by Mazars, responding in an email that all questions should instead be directed to the SID.

Working underneath Nthani were the three financial officers for the division: Russell Raelly, Good-son Shumba, and Michael Muchula. Of the three, Mazars found that Muchula should have held direct responsibility for overseeing the maintenance department.

“Mr. Muchula had the overall responsibility of repairs and maintenance, which included budget, approval of expenses as well as the supervision of Mr. Chola. This responsibility was assigned to Mr. Muchula since 2011 until Mr. Chola’s suspension,” the report stated.

Muchula and Shumba remain in their positions to the present, according to current staff listings. Only Russell Raelly, who raised the questions that launched the investigation in the first place, is gone. He returned to work in his home Cape Conference, where he is listed as the CFO. Raelly has not responded to a request for comment for this story.

Later in 2017, following delivery of the Mazars report, the SID fired Habson Chola, sources with knowledge of the situation say. A letter, obtained by Spectrum, notified Chola of a disciplinary hearing in July of 2017, charging him with “gross misconduct” for committing fraud and causing the SID to “suffer reputational damage.”

Although the Mazars report came to conclusions about what had happened, it also found that there was much investigation left to do. There was missing money that Mazars never located, preexisting audit trails that should be examined, and bank accounts that the SID should request the police to subpoena, the report says.

One of the most striking recommendations is that the SID must assist in a criminal case against Habson Chola.

The SID should “register a criminal case with SAPS [South African Police Service] against Mr. Chola for the funds misappropriated,” Mazars states, adding that doing so “is an obligation as per section 34 of PRECCA.”

The SID has not responded to multiple requests for comment, including specific queries to the division president, Solomon Maphosa, and executive secretary, Gideon Reyneke. A search of South African court records has revealed no evidence of criminal proceedings against Habson Chola. As such, questions remain as to whether the SID carried out its legal responsibility to pursue the case, and whether any SID leaders have individual legal exposure from any failures to do so.

It is possible that the General Conference Auditing Service has been involved in the matter, but GCAS Director Paul H. Douglas said in an email that “GCAS was not involved in the forensic audit performed by an external firm and is not in a position to comment on the findings and follow up to the resulting report,” adding that GCAS does not engage in discussions about its audits.

Controversy has followed the SID in recent years, notably in the leadership scandals and upheaval that were a backdrop to the time period covered by the Mazars report.

In 2016, a story in a South African newspaper revealed that the communication director for the division, Paul Charles, had touted phony doctoral degrees to advance his career. Charles eventually resigned.

Controversy over degrees continued, as reported by Spectrum, when the SID president, Paul Ratsara, was accused of using a ghost writer complete part of his PhD thesis, and resigned under pressure. A later statement from the university that granted the degree said it was legitimate, but questions remained about Ratsara’s conduct.

Solomon Maphosa had been the executive secretary of the SID, until he was thrust into leadership following Ratsara’s resignation. Perhaps the turmoil is one explanation as to how financial misconduct could slip through the cracks, but the Mazars report leaves serious concerns for SID leaders to address in order that employees and constituents might have confidence in the organization.

Alex Aamodt is a staff writer and the Roy Branson Investigative Reporter for Spectrum. He can be contacted here