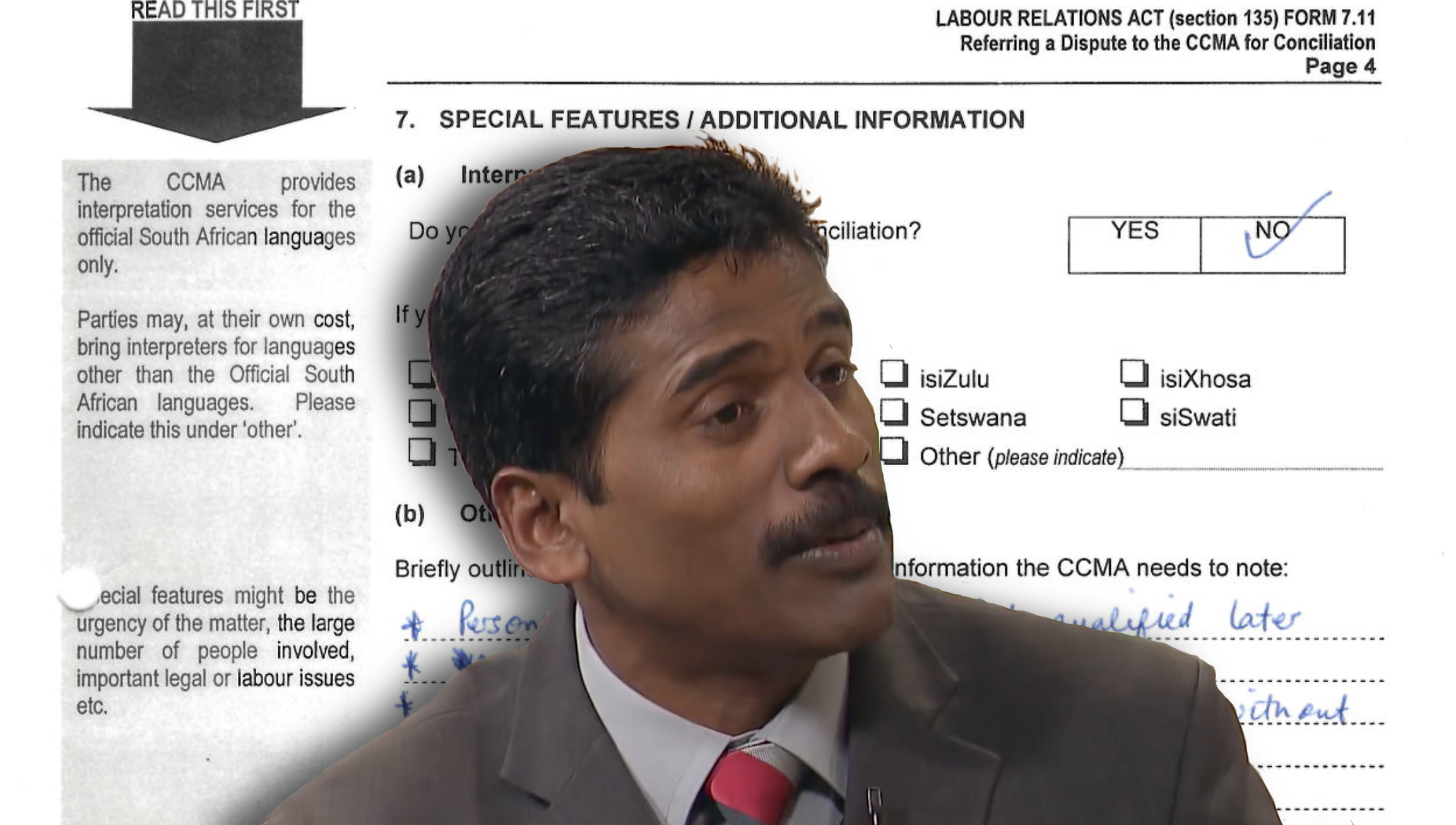 The General Conference of Seventh-day Adventists has confirmed in a communique sent to leaders of the denomination's thirteen divisions that Paul Charles, accused by church members in the Southern Africa-Indian Ocean Division (SID) of falsifying his academic qualifications, has declined a call to serve as Associate Director of Communication for the General Conference.

During the 2016 Spring Meeting of the General Conference Executive Committee, Paul Charles was nominated to fill a vacancy for the GC Associate Communication Director position. At the same time allegations first surfaced in the South African daily newspaper The New Age that Charles presented illegitimate qualifications (doctoral degrees) to advance his career.

SID leaders published a statement conceding that Charles’ degrees came from unaccredited institutes (Freedom Institute in particular), that he would stop presenting them, and that he would pursue graduate study from accredited institutions. SID also stated that they saw nothing disqualifying Charles from serving as a pastor (his current position is SID Director of Communication).

Now information has come to light revealing that Charles’ qualifications have been a source of contention since a 2000 labor dispute that pitted Charles against the Adventist Church.

Documents obtained by Spectrum from January and February 2000 show that Paul Charles took the Seventh-day Adventist Church before the South African Department of Labour’s Commission for Conciliation, Mediation and Arbitration (CCMA). In the dispute, referred to the CCMA on January 27, 2000, Charles stated that he received written and verbal notice of dismissal from the Seventh-day Adventist Church, and alleged unfair dismissal, unfair labor practice, and bias on the part of the Adventist Church, his employer.

*Persons employed before me but qualified later
*employment of unqualified persons
*Moving of person to a pastoral position without experience
et al. At the sacrifice and refusal to employ me

Charles alleged that bias also played a role and asked for his job back and for payment. From the CCMA documents:

Summarize the facts of the dispute you are referring.
“Refused employment on bias basis”

Describe the procedures followed.
“Discussed with the appropriate personnel from the Local Church Level → Conference Level → The Church Union Office.”

What outcome do you require?
“Reinstatement and compensation”

In the Certificate of Outcome of Dispute Referred for Conciliation (adjudicated by commissioner Mr. Mchunu Bhekisisa and signed in Durban on 25 February, 2000), the following settlement of the dispute was recorded:

1.1 “The church shall work on improving the proposal made to Pastor Charles concerning Stanger area (Stanger refers to KwaDukuza municipality in KwaZulu-Natal province).”

1.2 “The conference shall arrange a meeting with President Dr Wakaba and informed [sic] Pastor Charles of the date by Friday next week.”

Bernhard Ficker, a lay member of the Adventist Church in the Cape Conference and one who has been calling for transparency, states that Charles was employed not on the basis of his being the candidate most suited to the job but to resolve the labor dispute. Ficker states that at the time, an opening came up for an Afrikaans-speaking pastor of Afrikaans churches in the Kwa-Zulu Natal Freestate Conference. When a white pastor who spoke Afrikaans was appointed, Charles alleged discrimination. Charles argued that he was better qualified than the Afrikaans-speaking pastor as well.

Conference President Gustav van Niekerk, who gave Charles his first position in Kwa-Zulu Natal Freestate, did not check the validity of Charles' qualification because it was not required of pastors, Ficker said. Subsequently, when Charles was elected as the Union Education Director, Pastor Danie Potgieter objected to the appointment on the basis that Charles had illegitimate qualifications. His objection was taken to the Objections Committee but the president, F. Louw, refused to consider the objection, Potgieter says. Potgieter lodged a formal complaint that Charles had false qualifications. The complaint was submitted by the Conference treasurer Mervyn Mason to the Union, but the Union did not pursue the complaint, Potgieter says.

The Centrality of Charles' Qualifications
Charles’ qualifications (graduate degrees) have always been a significant piece of his story. In the 2000 labor dispute, Charles’ key contention beyond bias was that he was overlooked while unqualified people (and people who became qualified later than he) advanced in the work. Qualifications have played a significant role in Charles’ personal narrative (he has been introduced to audiences as the holder of a PhD in missiology and a PhD in management with a third PhD in the works), and in his bio (he has been described in ASI program flyers for which he was a speaker as holding a PhD in management). Finally, his qualifications have been the grounds for dispute with church members who insist Charles has deliberately misled the Adventist Church about his graduate diplomas (separate claims that he obtained a master’s degree and multiple doctoral research degrees—from questionable institutions—raise red flags for many).

SID leaders have framed the issue as a question of accreditation—the problem, as they have identified it, is that the institutions from which Charles obtained his qualifications were unaccredited (a potentially prosecutable offense in South Africa). The remedy they have proposed is to send Charles to an accredited institution to complete his graduate studies.

Church members see it differently. The fact that Charles has for many years passed himself off as the holder of many legitimate qualifications, only retreating from those claims recently after intense media scrutiny, points to questions of character, not accreditation, they say. Charles’ dispute against the Adventist Church before the CCMA in 2000 is further cause for concern.

Paul Charles has not responded to repeated request for comment. Several emails with specific questions related to this story went unanswered. Instead, SID legal counsel Boyce Mkhize has fielded some emails on behalf of Charles and on behalf of SID President Paul Ratsara. But rather than responding to pointed inquiries, Mkhize has asked church members to stop emailing.

In response to an email from a church member requesting the full report of the SID-appointed committee that looked into allegations of fraud against Paul Charles and requesting the composition of the committee, Mkhize wrote the following on May 5:

You are aware that the SID is handling the matter and your continued bombarding of our higher organization offices is both unjustifiable and unacceptable. If you do not see light in this polite request, we will have no option but to block your messages.

I trust you will heed this call with Christian decorum.

For those in the Southern Africa-Indian Ocean Division who want forthrightness and transparency from their leaders, the ongoing Paul Charles story has left much to be desired.