Stop Hating Everything the Pope Likes 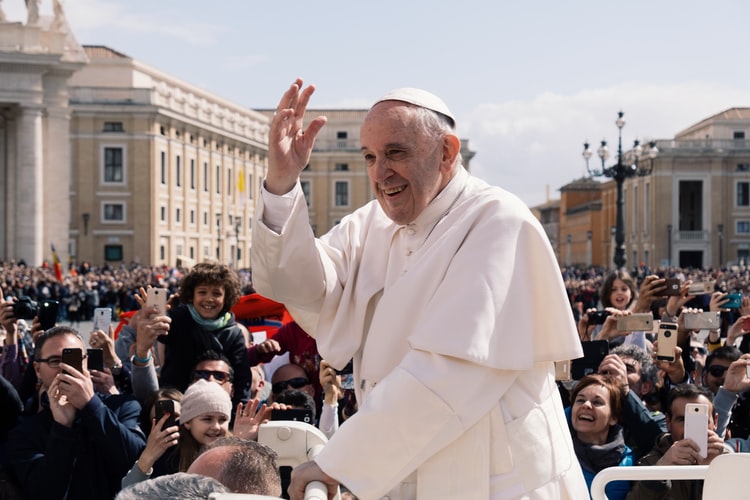 “Did you go to church today?” I asked, making conversation with my friend. “No, I wasn’t feeling great.” came the reply, “but I watched a service online. X was in town this weekend and passed out tracts at the climate change march, which is a good thing ...”. I nodded, focusing on my friend’s wellness, “I hope you feel better.” But my friend was more interested in talking about the preacher. “He preached today about how this whole climate change thing is going to lead to the Sunday Law!” I let out a sigh and rolled my eyes. As “proof”, my friend noted that another well known Adventist preacher had echoed similar sentiments. But the real clincher was that the Pope had apparently made a public stance in favor of helping the environment.This Spring, he even met with a teenage girl who (apparently) is also part of the last-day deception (does Greta Thunberg know she’s in league with the Antichrist?)! Well, then – that settles it! If the Pope is for it, it must be a step towards the Last Day persecution of the Remnant!

Born from our historical traditions, Adventists have cultivated somewhat of a disturbing obsession with Roman Catholicism. The odd thing is, it’s not just a disdain – it’s a love/hate relationship. I have discussed in previous articles how, despite our protests to the contrary, the Adventist church really does love many traditions adopted from the RCC. And we’re so committed to Catholic customs that there’s often a major kerfuffle with any attempt to deviate from our Catholic roots. Try to renovate a sanctuary to have no pulpit or pews, suggest changing our hierarchical channeling of tithes, or attempt to deviate from Catholic ordination practices. It’ll cause a firestorm (in the case of ordination, even that is an understatement). We are very wedded to RCC conventions … until we aren’t.

While the Reformation resulted in protestation against Catholic doctrine, we have kept many of their centuries-old practices. Nevertheless, anything the Catholic Church has adopted in the 20th or 21st century is automatically eyed with suspicion by many Adventists. If the Pope breathes, it must be the beginning of the end. When Jorge Mario Bergoglio took his position as Pope, he was lauded the world over for his reputation of being compassionate to the poor and relatable to his followers. He washed the feet of homeless people and emulated a more humble, accessible stance than several of his predecessors. Ah that Pope and his wicked, tricksy, false ways! How dare he show compassion! See – people are admiring him for his kindness. It’s all part of a master plan to get the world “wondering after the beast”! Basically the traditional Adventist stance is that if the Papacy is for it, we are obligated to be against it. I used to joke that if the Pope breathes, some Adventists would come out with a sermon against oxygen! Who knew how true to life that statement was! Some preachers’ reactions to the Pope’s statements on the environment have been astounding. If the Pope says he’s pro-clean water and breathable air, we have to oppose those things; certainly there’s an ulterior motive we should steer clear of. His expression of concern about climate change and the environment is a sure sign we should not care about those things.

This is problematic on multiple levels. First, we need to stop being so obsessive and reactionary. Continually working ourselves into an End Time frenzy over every minute incident is not only ridiculous, it’s disingenuous to the Word. These haphazard and sloppy interpretations of prophecy don’t stand up to the scrutiny of proper exegesis. While it might make for great click bait, it’s not biblically sound. This is why, in the first paragraph, I didn’t include the names of the preachers my friend mentioned. If I have learned anything from recent secular trends in media, and even politics, it’s that calling out the names of individuals who engage in questionable behavior only gives them increased exposure. The more you point out the absurdity of what they are saying or doing, the more notoriety they gain. I’m tired of popular preachers saying nonsensical and inflammatory things, and then subsequently having those nonsensical and inflammatory things increase their popularity. It’s irresponsible to their duty as ministers to act as if perpetually inciting panic is synonymous with preaching the Gospel. On the contrary, it is the very antithesis of what we’re called to do.

The counter-productivity of such tactics is most evident when we note the disillusionment we create as a result of constant wolf crying. People, both within the church and those to whom we ought to witness, have grown skeptical of our legitimacy. There are those who might liken such attitudes to the people who didn’t listen to Noah. The difference is, Noah didn’t try to convince people that every puff of wind was a harbinger of the impending flood. How many times have we been complicit in spreading paranoia through conspiracy theories that simply didn’t pan out? The issuance of social security numbers, the election of a Catholic US president, the widespread use of credit cards (and many, many, many more things we today consider mundane) were each preached as the sign of the end when they first came on the scene. And although we take care to heed Christ’s words not to predict a particular day and hour, we still haven’t learned the overarching lesson of the Great Disappointment. We need to stop trying to predict the end. Full stop. If we’re preaching a Christ-centered Gospel, we will encourage people to be like the wise virgins in Matthew 25 and simply be Spirit filled and ready. There is no need to try to read tea leaves to decipher the nearness or precursors to a Time of Trouble.

Lastly, even if you remain unconvinced to release your vice grip on an insatiable hatred of the Pope, there’s no need to take it out on the planet. You may think the Pope is the Antichrist, but that doesn’t mean he can’t have a legitimately reasonable point about something. After all, even a broken clock is right twice a day.  God made all of Creation and charged humanity to be caretakers of it. We are to be faithful stewards. And while we are quick to focus on our need to practice good stewardship of man-made paper currency and coins, we are often less deliberate in practicing stewardship towards our most precious treasures: the earth’s natural resources provided straight from the Hand of the Creator. For a denomination that emphasizes the sanctity of Creation week and commemorates it every seven days (so much so that it’s in our name), we spend shockingly little time trying to intentionally honor it by tangibly caring for it. I’m not indicting Adventists wholesale. Some may do their part. But the church as a whole can do more to encourage environmental responsibility.

And the transient nature of the Earth is no excuse. Just think of our immense dedication to the health message. Our rationale is that God gave us our bodies and we need to be proper stewards of them. This is despite the fact that we believe our physical selves are corruptible vessels: they will not last into eternity. Yet we still care for them. We preach the importance of returning to an Edenic diet even though it’s an impossibility to achieve in totally due to sin. Be that as it may, we try anyhow. Yet we shrug at our impotence to restore the earth because we cite the futility of these efforts – again, due to sin. We can’t have it both ways. No, this earth is not our permanent home. But does that mean we get to trash it?

Some may contend that we shouldn’t get involved in global actions to improve the environment because it’s a distraction or because it’s political. But the water we drink and air we breathe is not partisan. Nor is it sectarian. Everyone should be concerned. And yes, holding corporations and governments accountable for polluting is important and shouldn’t be seen as politically divisive. It’s no more “political” than it would be to alert a hotel manager of a dilapidated room you’re staying in. You have a reasonable expectation that those in leadership will responsibly maintain the facility. It doesn’t mean you have to become a hotelier yourself, but you have the right to hold them accountable for the upkeep of the place you’re occupying. Also, while staying there, you don’t destroy the property or act destructively. It is irrelevant that it isn’t your permanent home, you treat the place decently. If we are respectful to manmade property enough to treat it sensibly when we stay there for a few days, how much more committed should we be to treating God’s property with respect when we expect to stay for decades and leave it to future generations?

Seventh-day Adventists should have been at the forefront of calling for proper environmental stewardship all along. But just because we haven’t been doesn’t mean we ought to disparage the efforts of others who are calling for action. Even if one of them is the Pope.