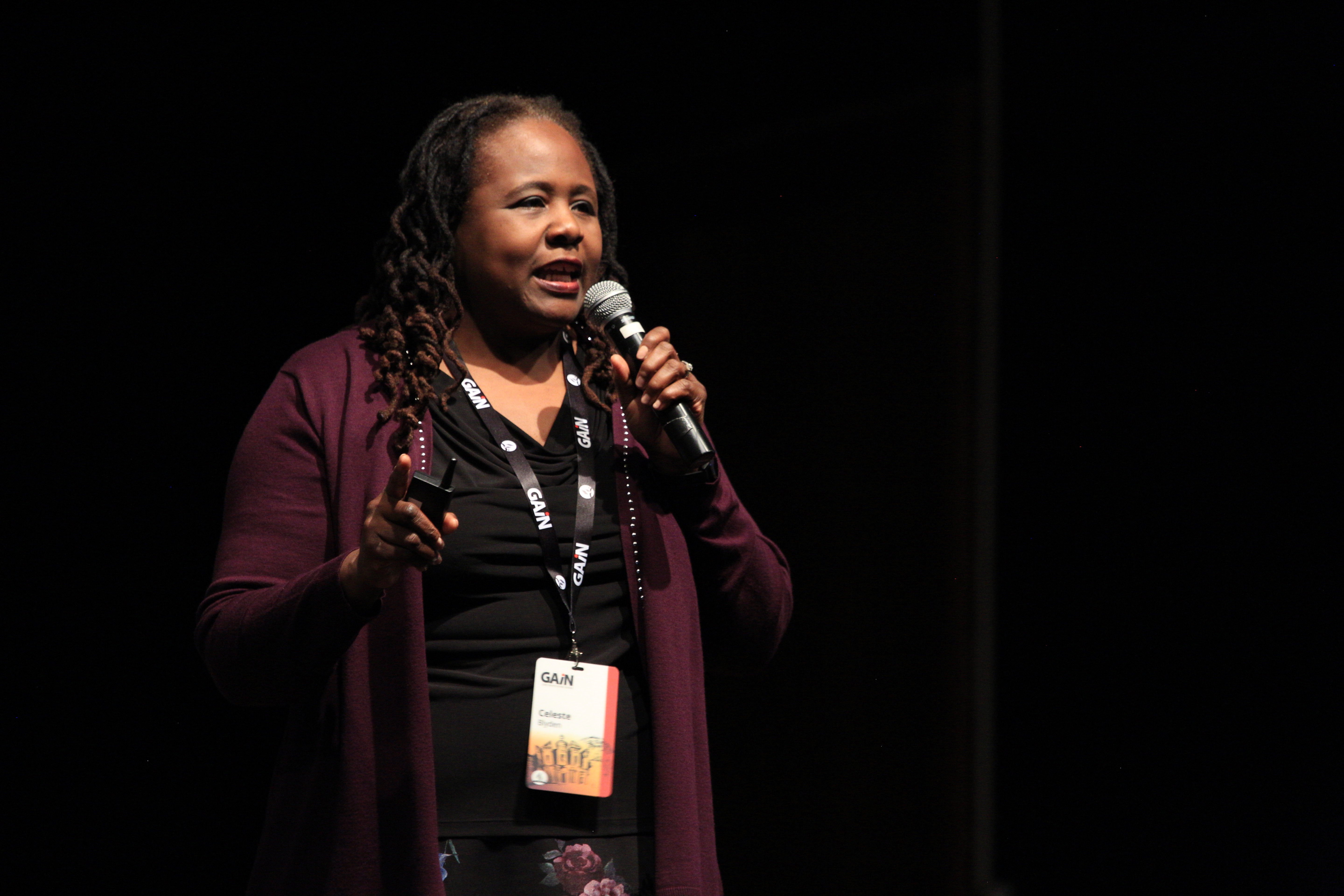 At the Global Adventist Internet Network (GAiN) Conference on February 28, 2019, the importance of Adventist education and crisis management topped the list of discussion items as over 500 attendees gathered for the last day of meetings in Sweimeh, Jordan.

Drs. Lisa Beardsley-Hardy and John Wesley Taylor from the General Conference Education Department took the stage to discuss how Adventist education is a solution to the worldwide education crisis the Adventist Development and Relief Agency outlined on Monday. Currently, one in five children around the world (262 million) do not have access to education. The United Nations adopted the goal of providing education to all children in 2015, but since that time there has been no progress, said Beardsley-Hardy. In fact, she added, though the number of kids out of school had been steadily decreasing at one time, it has flat-lined in recent years.

In addition to the 262 million children without access to education, there are 617 million who are not achieving minimum proficiency levels. Some of this number includes children not in school, but others are in school but not learning the basics they need to succeed. With almost 6,000 elementary schools, over 2,400 secondary schools, 52 training schools, 115 colleges/universities, totaling over 8,500 institutions in 144 countries, “Adventist education is a solution and a partner” to this crisis, said Beardsley-Hardy. She added that students at Adventist schools outperform on all subject areas for all school sizes, making Adventist education an “academically excellent solution” as well.

Jonathan Duffy, president of ADRA, then announced the progress of ADRA’s petition for 1 million signatures to take to world leaders in support of education for all children. Since launching Monday, the campaign had just over 2,000 signatures as of Thursday morning, meaning there’d been a multiplication effect of four, with the 500 attendees in the room disseminating the information in their social circles.

Right before lunch, Williams Costa, GC director of communications, made a brief announcement about a new Doctor of Ministry concentration that will be opening up soon at the Seventh-day Adventist Theological Seminary on the campus of Andrews University: a DMin in “Communication and Media Ministries,” with an application deadline of January 24, 2020. Those interested should email dmin@andrews.edu, said Costa.

When attendees reconvened after lunch, it was for a Crisis Management Workshop led by Celeste Ryan Blyden, vice president for strategic communication and public relations for the Columbia Union Conference and author of the book Crisis Boot Camp: How to Handle Communication During Crises.

A crisis, said Blyden, is “a reputation-defining event in the life of your organization. It’s an unpredictable event that thrusts your organization into the spotlight.” She continued, saying, “It presents danger that threatens and at the same time opportunity that can strengthen and infuse new life into your organization.”

She discussed the most common crises that effect organizations: natural disasters, mistakes, crime and cover ups, accidental death of employees, and organizational issues and challenges. “Never tackle a crisis on your own,” said Blyden. The church has trained communicators who are available to help with these very issues.

Blyden then had communication directors from the various divisions speak to real crises they had encountered during their careers in Adventist leadership, the approaches they took to diffuse the situation, and lessons learned in the process.

Victor Hulbert, communication director for the Trans-European Division, discussed the importance of knowing who your audience is. It’s not just your immediate church members, but also the general public, the media, other Christians, non-Christians, other church entities, and the family of the people directly affected by the crisis. When offering an official response on a crisis, offer condolences, state the facts of the situation, explain and reaffirm Adventist beliefs and tenets, offer support, and give further info and follow-ups as necessary.

Blyden told the audience the question she gets asked most often from mainstream media outlets when they’re reporting on a crisis involving Adventists is, “What is a Seventh-day Adventist?” She has a response at the ready that is brief but finely tuned: “Seventh-day Adventists are Bible-believing Christians who base our faith, hope, and future on Jesus Christ.”

She encouraged all attendees to craft their own answer to that question and keep it handy for when the need arises, because when it comes to tackling a crisis it’s always when, not if.

Attendees then gathered for a final splendid Middle Eastern meal before saying their goodbyes as GAiN 2019 concluded. Due to the General Conference Session taking place next year, GAiN 2020 will be held entirely online.