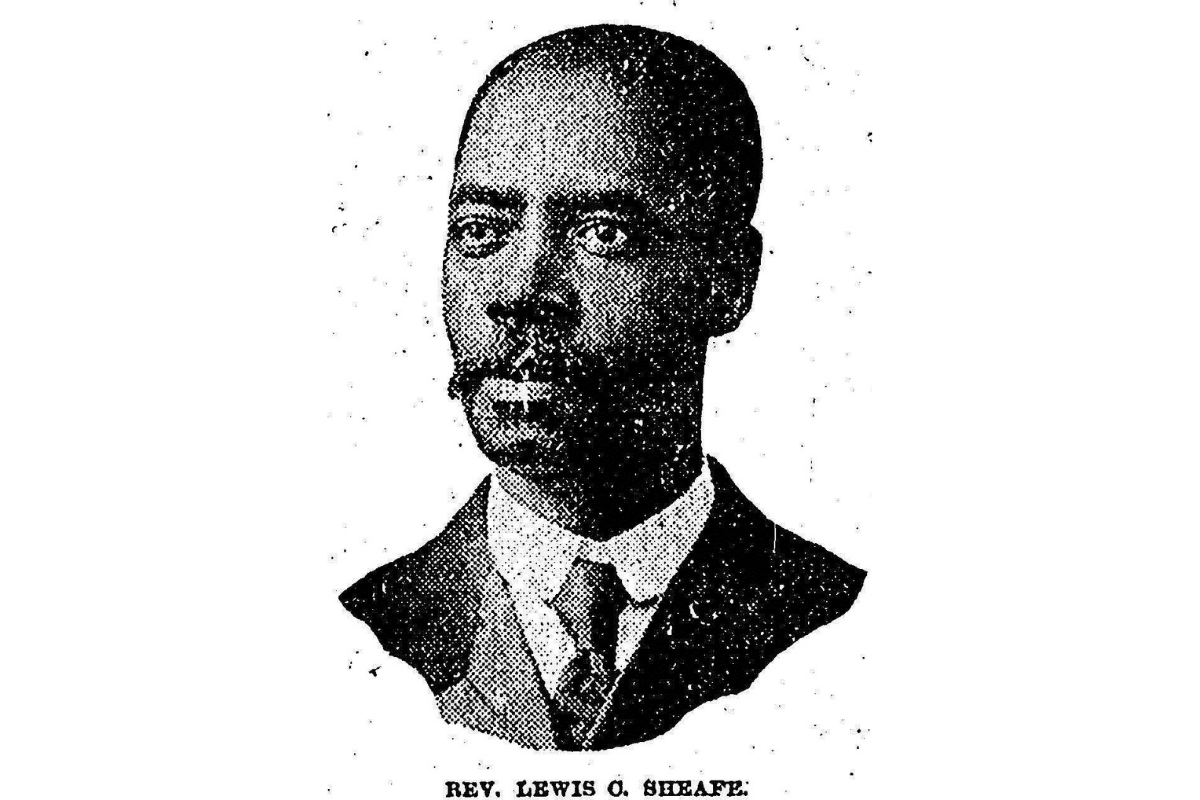 In Part 4, we saw that the gifts and power of the Holy Spirit revived the Washington church during the 1890s, invigorating reform—in particular the gospel-based reform of race relations that the congregation embodied in stark contrast to societal norms. But this had never been easy, and it was about to get much tougher.

One hundred and twenty years before Colin Kaepernick, in 1895, a young Baptist preacher in Ohio risked disrupting the rituals of American civil religion in order to compel attention to rampant violation of the high ideals in the nation’s creed. Black lives mattered to this preacher. And they were being lynched with increasing frequency and impunity. Ida B. Wells’ intrepid journalism had not only exposed the truth beyond a shadow of doubt, but also disproved the assumption widely held among both races that those lynched usually were guilty of some heinous crime. In fact, she demonstrated that the accusations more often than not were trumped up to crush some perceived threat to white supremacy. Yet, Congress did nothing.[1]

Neither did the Republican Party. The party of Lincoln and emancipation, the party for a time dominated by radicals who pushed through constitutional amendments and laws for black equality after the war, still assumed the loyalty of black voters. But the GOP also stood by while the southern states were devising measures to deny black citizens the vote, thinly-veiled to avoid explicit violation of the 15th amendment that was supposed to guarantee the right.[2] This also has an all-too familiar ring 120 years later.

But back to 1895, and to an Emancipation Day rally in Springfield, Ohio. The Republican candidate for governor was there, likely anticipating, as state leader of the party that claimed credit for freeing the slaves, a friendly reception from the largely black audience. But instead of recycling the standard patriotic platitudes, the gifted young preacher pointed to the large flag on display and dared question whether it really represented protection for black people in America. In the Civil War, 200,000 black soldiers fought to save the Union, and yet, the preacher asked, “Who of all the dwellers of the land is so scorned, abused, and hoodwinked, and murdered as the Negro?”[3]

As with Kaepernick, accusations flew in the news media that the preacher was unpatriotic—he had scorned the flag and slurred the sacred memory of Abraham Lincoln. Unlike Kaepernick’s kneeling protest, the speech did not spark national controversy. But it did cause “quite a sensation,” according to the Cincinnati Enquirer. A segregationist paper in Kentucky also took note, citing the speech as a troubling example of growing evidence that “the negro is in earnest in his demand for social recognition.”[4]

Beyond its twenty-first century parallels, the relevance of this seemingly remote event to our story begins to emerge when, just ten months later, we find this same eloquent preacher and fiery civil rights advocate, Lewis C. Sheafe, making his debut as a Seventh-day Adventist preacher at the Battle Creek Tabernacle on July 18, 1896.[5]

In his new-found zeal for preaching the “three angels’ messages,” he lost none of his passion for racial justice. Yet, as the magnitude of the nation’s—and the Republican party’s—betrayal of black America unfolded before his very eyes, it seems that Sheafe found in Adventism better promises and a better hope: “I believe that Seventh-day Adventists have a truth which, if they will let it get a hold of them, can do more in [the black South] to demonstrate the principles of the gospel of Jesus Christ than can any other people,” he testified at the 1899 General Conference.[6]

Three years later, in 1902, he would be called to Washington as part of a plan to resolve a crisis that threatened the racial harmony that the city’s Adventist congregation had stood for on gospel principle since it was organized in 1889. It was a bold plan—or perhaps, plans, because there was sharp disagreement over how it should be implemented, and even just what the desired outcome should look like.

The problem that the plan was intended to resolve, was, in two words, “white flight.” In Part 4 we saw a congregation thriving in every way as of its tenth anniversary year, 1899. Growth accompanied thoroughgoing evangelistic and humanitarian outreach. The members of the racially integrated church worshipped, studied, fellowshipped, served, and witnessed together in full equality, and did so at a time when all the trends in the surrounding society were moving in the opposite direction. And they did so despite troubling signs, such as those that brought travail to James Howard’s soul as early as 1889 (Part 3), that the Adventist church at large was moving in society’s direction.

Yet, a problem at the Washington church, already evident in 1899, had reached the level of crisis by 1901. Nearly all the new members by now were black. The white membership was gradually declining, though a strong core remained fully consecrated. As Andrew Kalstrom, the Swedish-born lead elder of the congregation put it in May, 1901, the membership was “gradually changing from white to colored.”[7]

No matter how genuine the racial egalitarianism of the white members, the sad reality was that very, very few white citizens of Washington, D.C. could be attracted to meetings at which a large number of black people were present and mixed freely with white people. This ugly fact became clearer than ever at a summer series of evangelistic tent meetings in 1901, conducted by the pastors assigned to the church that year, John L. Brunson and William O. Westworth.

Like Sheafe, Brunson was a seminary-trained Baptist minister who, after embracing the Adventist message just a few years previously, quickly became one of the most sought after speakers in the denomination. Nevertheless, the evangelistic effort was falling far short of expectations.[8]

Arthur G. Daniells, the vigorous and innovative 42-year-old just elected to the denomination’s top leadership position at the landmark 1901 General Conference, visited Washington that summer and observed the situation for himself. The black church members eagerly attended the meetings and brought their friends. But the number of white visitors was virtually nil. An interest in the Adventist message on the part of some white people had been cultivated through “Bible readings and conversations.” But, said Daniells, “the first time they come to the meeting and see so many colored people present, they turn away and do not come back.” He became convinced that “it is only a question of time when it will be a colored church.”[9]

So, then, game over? What, if anything, makes this story anything more than the precedent for what has taken place countless times since at Adventist church and institutional settings, not to mention city neighborhoods throughout the nation?

The remarkable thing, the thing present in the Washington Adventist church in those first few years of the twentieth century that was rarely seen in Adventism for a very long-time thereafter, was the presence of a committed core comprised of both races who could not be shaken from the conviction that racial oneness and equality had to be present wherever the gospel was believed and acted upon. A core whose commitment was further sealed by their Adventist conviction that their faith community was called to proclaim and live by inconvenient truths unpopular among the vast majority who took the name Christian.

Brother Kalstrom made it plain to Elder Daniells: “The world day by day is widening the breach between the races by every possible way and this separation is wrong.”[10] This was not Adventist boilerplate about increasing wickedness and depravity as a sure sign of Christ’s soon return. He was talking about how the nation, after halting, tentative steps in the right direction, took a fateful turn in the 1890s and was plunging headlong into the depths of systemic racial oppression. He was talking about the trends that constrained Lewis Sheafe to take his protest to the point of offending superficial patriotic sensibilities in 1895, trends that had only worsened.

A.G. Daniells had made a quick, and in some respects, astute assessment of the situation in Washington during his 1901 visit. The pragmatic church leader genuinely wanted more people of every race to become Adventists. He saw the large, prestigious, and historic black churches of other denominations that flourished in the nation’s capital, and wondered why Adventists couldn’t do the same. So his plan to meet the crisis of the Washington church called for a dual and simultaneous evangelistic thrust the following summer. A “good colored laborer,” perhaps Brother Sheafe, he thought, should conduct meetings for the colored people that would lead to establishment of a strong colored Adventist church. A white evangelist should run meetings for the white people, and it was important that they take place simultaneously, so that the black people would be out of the way, preoccupied with their own meetings. The outcome would be two separate Adventist churches in Washington, D.C.: one white, one black.[11]

But Andrew Kalstrom was insistent: “I believe that the views I hold as to the absolute oneness of all who are in Christ is right and that the principle of equality must stand alike in all places.”[12] He and Dr. Howard recognized that there was a crisis that had to be met. Both races needed the Adventist message. But they had an alternate plan. And, the world would be watching, said Dr. Howard, to see “just where the Adventists will stand now on this question at the national capital and elsewhere.”[13]

[1]Paula J. Giddings, Ida: A Sword Among Lions: Ida B. Wells and the Campaign Against Lynching (New York: HarperCollins, 2008).