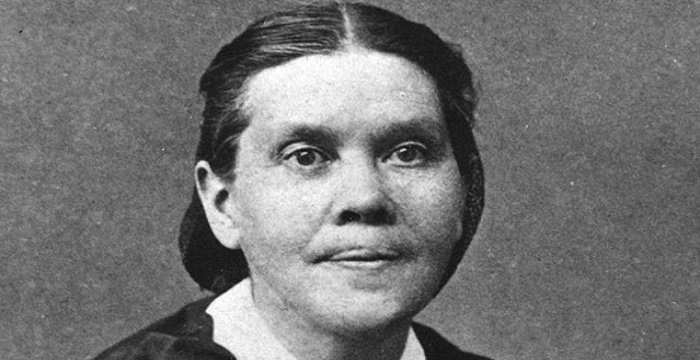 Could the Seventh-day Adventist movement shine the healing light of the gospel on the racism that increasingly enshrouded America’s social landscape as it entered the twentieth century? That’s what James Howard, the young physician and federal government clerk, envisioned when he became the first black person in Washington, D.C. to join the movement. However, Part 3 of this series concluded with Dr. Howard on the verge of despair, induced by a disturbing report in the Review, and the “wet blanket” that rumors of racial discrimination practiced by Adventists in another city had thrown his endeavors to share the message with progressive black Washingtonians.

A tenth-anniversary profile of the Adventist church in Washington, D.C. reveals a congregation vibrant with the spirit of mission and service. Ten Christian Help bands were working to aid and uplift the poor and suffering, several mission Sabbath Schools extended the reach of gospel teaching, and Hope Mission provided food and clothing for those in need daily and conducted gospel meetings nightly.1

Close to one-third of its approximately 150 members were African Americans, and all shared “equal participation in fellowship,” regardless of race. As revivalist A.F. Ballenger put it later that year, the racial harmony that prevailed was nothing less than “a living miracle of the power of God” (see Part 1).

In 1899, the candle lit by the first Adventist congregation in the nation’s capital, though still small, glowed with a deeper and more penetrating intensity than ever. Dr. Howard’s dream had not died. What happened to prevent the failure that Dr. Howard’s experiences nine years before (see Part 3) seemed to foreshadow? What kept this congregation’s radical, countercultural witness alive when, in view of later failings in the denomination’s history, a rapid collapse seemed so predictable?

The afterglow of 1888 in the broader Adventist experience was one factor. At the 1888 General Conference the gospel renewal initiated through Alonzo T. Jones and Ellet J. Waggoner met formidable resistance from long-time denominational authorities at church headquarters in Battle Creek, Michigan. As Ellen White saw it, though, Jones and Waggoner were pointing Adventism toward a desperately needed re-centering on the winsome person and saving power of Jesus Christ.

From the time of the 1888 conference until her departure for Australia in 1891, the prophet was all about helping her people in America gain a new vision of Jesus — “His divine person, His merits, and His changeless love for the human family.” As she crisscrossed the nation seeking to make clear “the gospel of His grace,” her itinerary took her no less than three times to Washington, D.C.2

On the third visit, which came in December 1890, she preached for a full Week of Prayer.

Her diary entries during this visit, suffused with the joy of God’s love made known in Christ Jesus and longing for greater consecration to the cause of His kingdom, afford us opportunity to catch at least a hint of what James Howard and the Washington congregation experienced through her personal ministry. For example:

We should be filled with thanksgiving that Jesus came to reveal the Father. He rolled back the cloud of thick darkness, the hellish shadow of Satan which intercepted between man and God, and revealed Him to the world as light and love….The perfections of God are seen in the excellencies of Christ. His divinity was clothed with humanity, that He might speak to the human heart and place His divine impress upon the soul.

This, oh this is what is needed in the hearts of all our institutions!...

The Lord Jesus must dwell in my heart and all my powers shall be devoted to His service. It is my constant prayer day and night that we may realize an awakening among His people, that Jesus may work in this city of Washington in demonstration of His Spirit and with power.3

Though James Howard had been an Adventist for only two years when inconsistencies on race brought turbulence to his soul, he had already developed confidence in the prophetic ministry of Ellen White. In fact it was the factor that most sustained his hope that the Adventist movement would ultimately stay on the gospel course.

His confidence had developed even before Ellen White, who had been largely silent on the issue since the Civil War, began speaking out on racial injustice in America. However, she had addressed European nationalistic conflict in a recent Review article. It came as a timely salve to Dr. Howard’s anguish, appearing in the November 12, 1889 issue, just two weeks after Robert Kilgore’s disturbing article favoring accommodation to the color line.4

“I am glad the teaching of the Spirit through Sr. White is unmistakable on this subject of national distinction,” wrote Dr. Howard to General Conference president O.A. Olsen. “If the scriptures and our Testimonies were followed by the people in this matter, there would be not the least trouble.”5

Then, in 1891, the 63-year-old prophet broke her silence on race in America and kept on talking about it, making it one of her highest priorities for nearly twenty years thereafter. In her landmark address, “Our Duty to the Colored People,” on March 21, 1891, she called upon church leaders gathered in Battle Creek to compensate, quickly, for more than two decades of failure to extend missionary effort to the black South. The historic and systemic oppression of African Americans, most of whom still resided in the South, multiplied their need for the holistic gospel that Adventism offered and, by the same token, the mandate upon Adventists to reach them.

In this address she proclaimed complete racial equality based on the gospel with unmistakable clarity and force. With reference to her intervention when an attempt was made to exclude black people from Adventist fellowship in St. Louis, she declared: “While at St. Louis a year ago, as I knelt in prayer, these words were presented to me as if written with a pen of fire: ‘All ye are brethren.’”

Her call for action was pointed and specific: “You have no license from God to exclude the colored people from your places of worship. Treat them as Christ’s property, which they are, just as much as yourselves. They should hold membership in the church with the white brethren. Every effort should be made to wipe out the terrible wrong which has been done them.”6

It is quite possible that Dr. Howard somehow received a copy of the mostly-neglected 16-page pamphlet in which the 1891 address was printed. Or, it may not have come to his attention until Edson White published it in The Southern Work in 1898, with a revised edition in 1901. In any case, as a faithful reader of the Review, Dr. Howard would have seen Ellen White amplify and apply the principles of her 1891 message in an extensive series of articles published in the mid-1890s.

Evidence from the following decade makes clear that Dr. Howard and other leading members of both races in the Washington church took the message of gospel equality that came through the gift of prophecy during the 1890s as bedrock principle for the ordering of Seventh-day Adventist congregational life. It sealed their conviction about the “absolute equality of all who are in Christ,” as an elder later put it, and their conviction that this principle must be authentically realized in church fellowship, whatever the world may say.

In addition to the gift of prophecy, re-energized by the 1888 renewal movement, belief in the transforming power of the Holy Spirit sustained the Washington church’s radical commitment to racial oneness and equality, and did so in an especially marked way during the late 1890s. And that brings us back to revivalist Albion F. Ballenger, whom we first met in Part 1. In 1897 the charismatic, 38-year-old evangelist and religious liberty advocate began focusing his ministry on a revival message for Seventh-day Adventists under the theme “Receive ye the Holy Ghost.”

For about three years, Ballenger’s preaching was in high demand, and seemed to spark impressive and exceptional manifestations of the Holy Spirit’s power wherever he went. It is no coincidence that the 1890s was also a highpoint of the holiness movement in American Christianity generally. Many throughout the Protestant denominations who were dissatisfied with lowered standards and watered-down theology comfortably adapted to the wider culture, looked to movements emphasizing sanctification or holiness. These upheld a second and transformative work of the Holy Spirit in the believer’s life after conversion, understood and experienced in quite a variety of ways.

Most significant for our story, racism was one of the sins slain by Ballenger’s “Receive ye the Holy Ghost” revivals. In this regard, Ballenger’s understanding of the work of the Holy Spirit appears to bear resemblance to that of a holiness group known as the Evening Light Saints, which became the denomination known as the Church of God (Anderson, Indiana) or the Church of God Reformation movement.

“The Evening Light Saints held that interracial worship was a sign of the true church and gave racial prejudice a theological critique,” writes historian Estrelda Y. Alexander. In contrast to the typical holiness testimony to being “saved, sanctified, and filled with the Holy Ghost,” the Evening Light Saints spoke of being “saved, sanctified, and prejudice removed.” Ballenger also seemed to parallel the Evening Light Saints in seeing a much larger purpose than individual sanctity in the work of the Holy Spirit. Ballenger taught that the sanctifying power of the Holy Spirit prepared the believer for the baptism of the Holy Spirit as a separate and distinct phase. The primary purpose of the latter was to empower witness, mission, and service for the salvation and betterment of others.7

Ballenger’s meetings in Washington during the spring of 1899 resulted in “a great spiritual awakening,” according to one witness. That summer Ballenger declared that his meetings in Louisville, Kentucky resulted in victory over “race prejudice” among other evils (recall the “wet blanket” in Part 3!). In a report that appeared in the July 25 issue of the Review, Ballenger included testimonies reported from meetings in both Louisville and Washington, D.C. The following, though likely from Louisville, reflects the spiritual ethos that characterized the Washington church:

“I have won the crowning victory of my life; and I wish my testimony to ring out loud and clear; for no one but the Holy Spirit could do such a thing. My prejudice toward the colored people was something horrid…, I was a typical Southerner, having seen my dear father fall in death, in our own home, at the hands of the Union soldiers…. Now, all this is laid upon the altar; I hold no malice. My heart and feelings are changed, and I am rid of that great sin that would have kept me out of the kingdom…. The Spirit calmed my husband, and he did not object to my going to church with the colored people…. And thanks be unto our God, who is ‘able to do exceeding abundantly above all that we ask or think.’ Praise his holy name.”8

Revived, growing, serving the poor, strong in its courageous, convention-defying anti-racist witness. Ballenger may not have been too far over-the-top in calling the Washington Seventh-day Adventist church a “living miracle” in 1899.

And yet, something ominous was on the horizon, soon to loom larger. Membership in one racial group was beginning to grow much faster than in the other.