New Ways to Use Technology Showcased at GAiN

New Ways to Use Technology Showcased at GAiN The second day of the GAiN conference in Korea showcased videos, apps, social networks, film contests, and legal help from a wide variety of presenters. A vast array of cutting-edge projects are being developed in every division, as evidenced by the projects featured.

The days at the GAiN conference at Korea's Kintex Center have been long, with many different presentations punctuated by networking time with other attendees at meals and on coach rides to the conference early in the morning and back to the hotel late in the evening.

The people attending GAiN have traveled from all over the world and are somehow mostly managing to stay awake despite wildly different time zones and little time for sleep.

I have talked to people who have come from Kenya, Zambia, Indonesia, Brazil, Guadalupe, the US, the UK, Australia, Puerto Rico, Jamaica, Thailand, China, Tanzania, Zimbabwe, Romania, Korea, and Germany — and that isn’t even half of the number of countries represented here.

Many of the attendees are communication directors from their conferences, unions, and divisions. They are looking for ideas that will help them run their departments more effectively. David Panjaitan, communications director from an Indonesian union, told me he has especially appreciated hearing about ways to more effectively send sermons to people’s cell phones through apps.

Other church administrators from unions and conferences are here too, including presidents, financial officers, and accountants. One church communication director from Kenya I spoke to is also the medical director of the hospital!

Other attendees are Hope Channel producers or Adventist World Radio producers from many parts of the globe. ADRA has several representatives from its marketing and development department. Of course, the members of the communications department at the General Conference are here organizing the meetings.

There are app developers and designers and journalists. Elisâgela Henrirque is commercial manager for Adore FM 98.1 in São Paulo, Brazil. David Siguelnitzky is president of Herbert Fletcher University, an online distance-learning institution of the Inter-American Division. Joseph Wambura from Tanzania has created a new social network for Adventists called Hopelink. And Daryl Gungadoo lives in England and runs an innovation lab for the Adventist Review.

This is a real global gathering! 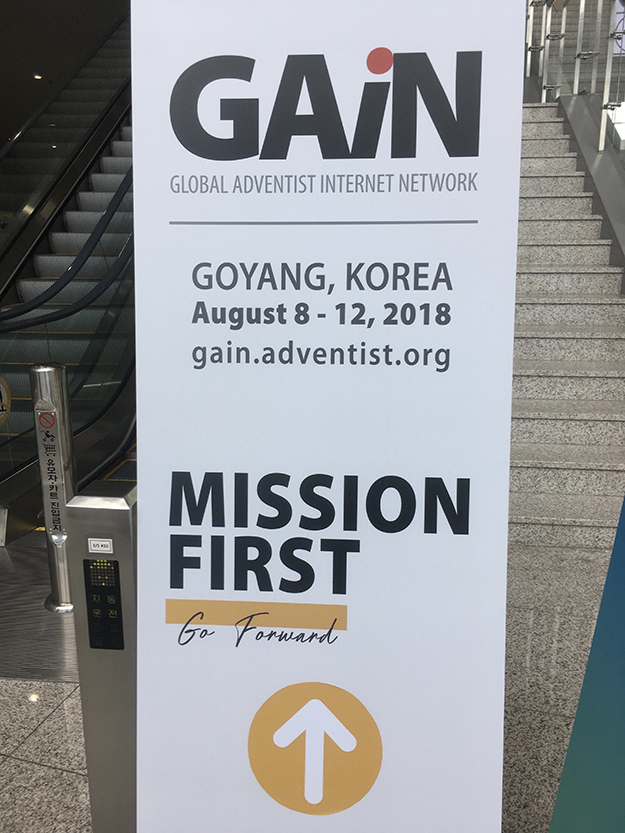 Day two of the GAiN conference on Thursday, August 9, began with a second presentation by Kurt Kennedy of Kennedy Global. In this talk, Kennedy discussed the philosophy of change and how organizations can begin to think positively about change.

He showed some of the most well-known models of change (the Kübler-Ross model, Lewin’s model, Prochaska’s model, and more). He said that before any organization changes, it is important that leadership really understands exactly what they are trying to do and why they are trying to do it. And then communication is key. What looks like resistance to change is often a lack of clarity. Understanding the stages of change and planning carefully for change can help it to be successful.

The content for the training has been finished, so now the production of graphics and all the visual characteristics are being created.

Costa reported that he has consulted with the division presidents, asking them whether they want the communication training in their divisions. Many — including the East-Central Africa Division, the Southern Asia Division and the West-Central Africa Division — were enthusiastic, requesting training in specific parts of their territories. The Trans-European Division said it needs time to consult with its conference and union leaders first, and the Inter-European Division wants to see how the training goes in other places before taking it up. The North American Division supports the training and suggests partnering with Adventist Learning Community. 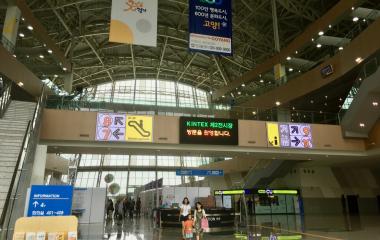 The afternoon session at GAiN was dotted with many short presentations, showcasing different projects around the world. They included:

Joseph Wambura, a softward developer from Tanzania, has created a new social network called Hopelink: “the first that can be used 100% to do the work of God,” he says. It has a news feed similar to other apps, but in Hopelink the “Like” button is replaced with an “Amen” button. There are pages for giving testimonies, Bible discussion, church events, and witnessing. The Hopechat live messaging service lets users see what the other person is typing in real time, instead of waiting for them to send the message. Wambura says the Hopelink platform will help Adventists interact with each other but also share with people outside the church. Hopelink can be downloaded from the Google Play store.

Kayla Ewert, communication projects manager for the GC’s Global Mission department, asked everyone to spread the word about the Adventist Mission student film contest. She showed a short video of last year’s winner, a student from Mexico’s Montemorales University who joined a filming trip to Cambodia and Thailand as her prize.

Jennifer Woods, associate general counsel at the GC, gave a presentation about the new European General Data Protection Regulation, or GDPR, which came into effect in May 2018. She stressed that it is important to be familiar with the guidelines, as some people's work may fall under its umbrella, and even if not, the guidelines are best practice so should be given serious consideration. Breaching these new privacy laws can prompt hefty fines.

Jennifer Woods also offered a practical and helpful presentation on copyright, defining it and warning attendees about very common forms of copyright breaches online and how to avoid them.

The church’s news system needs a complete overhaul, according to Brent Hardinge, assistant director in the GC communications department, and Costin Jordache, director of communication and news editor for Adventist Review Ministires. They talked about how inefficient it currently is for them to aggregate news stories for the Adventist News Network and to transfer stories across over 150 different GC websites with different content management systems.

They have now created the Enterprise Content Library, a shareable database for text, images, video, and metadata. The goal is to create a culture in which Adventist news and developments from every part of the world are available to a global audience in multiple languages on a consistent and timely basis, they said.

Any Adventist entity listed in the SDA Yearbook will be able to become a “provider” to the library. The system will eventually have a copyediting and translation service available to help evolve the content if needed. In the Global News App, all stories will be available together in one place. Publishers can choose to be notified about new stories in specific streams, if they wish. Each story will reference its origin when published somewhere else.

Hardinge and Jordache are excited about this new initiative and hope that it makes sharing news easier for everyone.

General Conference Secretary GT Ng then introduced GAiN attendees to a small delegation from China, which has come to the Mission Congress. These 38 Chinese Adventists have traveled to Korea, despite the political unrest and security difficulties that kept a thousand other church members who had hoped to attend at home.

Ng exhorted us all not to take any pictures of the delegation. We gave them a warm welcome and prayed with them.

Sam Neves, associate director for internet and social media, counseled not to ever say “No comment” when a reporter calls. Always take the call, and if you don’t know the answer, promise to find out and call them back. Then stay on message. If a reporter tells you it’s “off the record,” don’t ever believe them, Neves said. Don’t ever lie. If you accidentally give incorrect information, call back and correct the record. The truth will always come out.

Ashley Eisele suggested that when you are trying to find a reporter to cover a story you want told, Twitter can be your best friend. It’s the fastest way to find out who is talking about a topic you want to talk about, and it offers a quick way to reach out to that reporter.

Costin Jordache asserted, “We have talked about journalists in a somewhat cynical way, but we have to remember that they are doing us a service. Treat them well. But maintain a guarded and professional relationship."

The panel emphasized the importance of having a crisis management team in place to help respond quickly to any crises that come up.

And finally, they reminded everyone that no one can silence social media, so don’t even try — you can only join in the conversation and try to help shape it.

Alita Byrd is attending GAiN and reporting for Spectrum from the conference in Seoul, South Korea. Read her Day 1 report here and her report on the Mission Congress here.