Hermeneutical Community and Invisible Remnant? Jerald Whitehouse’s Response to Chapter Seven in “Where Are We Headed?” by William G. Johnsson

Hermeneutical Community and Invisible Remnant? Jerald Whitehouse’s Response to Chapter Seven in “Where Are We Headed?” by William G. Johnsson 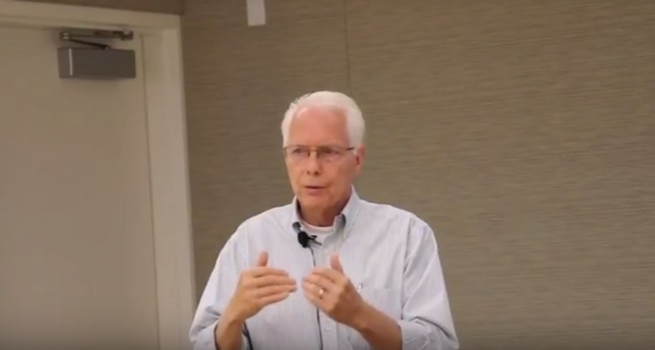 “What is a ‘hermeneutical community’?”

“Who constitutes the ‘Invisible Remnant’?”

Those who were at the Roy Branson Legacy Sabbath School (RBLSS) on August 5 were so intrigued by Jerald Whitehouse’s presentation of these ideas that they rescheduled him to return on September 16.

Whitehead was commenting on Chapter Seven in Where Are We Headed? Adventism After San Antonio by William G. Johnsson who is now retired after many years of service as the Editor of the Adventist Review. Before that he served at Spicer Adventist University in India and at Andrews University in the United States. The title of this chapter is “Mission: Beyond Counting Heads.”

Whitehouse has lived among Muslims for more than 30 years. He began as a chaplain and health educator at Benghazi Adventist Hospital in Libya. A theology graduate of Walla Walla University who earned a doctorate in Public Health at Loma Linda University, he subsequently served in Lebanon, Sudan, and Bangladesh. He was the Director of the General Conference Global Center for Adventist Muslim Relations for fourteen years. For a year just before he retired, he was a Special Consultant for Muslim Relations for the General Conference. In other words, he is worth listening to!

Many wondered what all he had in mind when he described the task of a “hermeneutical community” to be “to work towards a biblically faithful, culturally relevant, and truly global process of theologizing that overcomes the hegemony of Western dominance and transcends the parochialism of local theologies.” Each of these key words—faithful, relevant, global, hegemony and parochialism—deserves at least one session for itself!

The overwhelming majority of SDAs hold that those who belong to the “invisible church” are not necessarily Christian; however, “visible <> remnant” is two conceptual steps away from “invisible <> church.” My question is an indirect way of probing the proper relationships among Christianity, Adventism, and other world religions.

Christians typically relate to the members of other religious movements in one or the other of two primary waves. The apologetic approach reasons from generally accepted claims to specifically Christian convictions with alertness to differing cultural sensitivities. We see this in Paul’s work in Athens. The kerygmatic approach proclaims the gospel by beginning with specifically Christian convictions and moving from there to more general ones in a way that includes a primary concern for its own theological integrity. We see this in Paul’s work at Corinth. Although the church needs both for differing circumstances, their respective advocates are often at odds with each other.

Whitehouse describes his interactions with leaders in other religions “as essential and productive as we seek to be an influence in the present global arena for peaceful coexistence among faith systems, respectful interaction to reinforce universal values shared by all, involvement in co-operative initiatives around shared values, and finally to learn from each other as we seek to grow in our faith journey.”

Is this apologetic or kerygmatic? You are right! Enjoy the video!

We thank Adventist Forum and Spectrum for this opportunity to share our sessions.

WATCH: Jerald Whitehouse on Chapter 7 in "Where Are We Headed" by William G. Johnsson