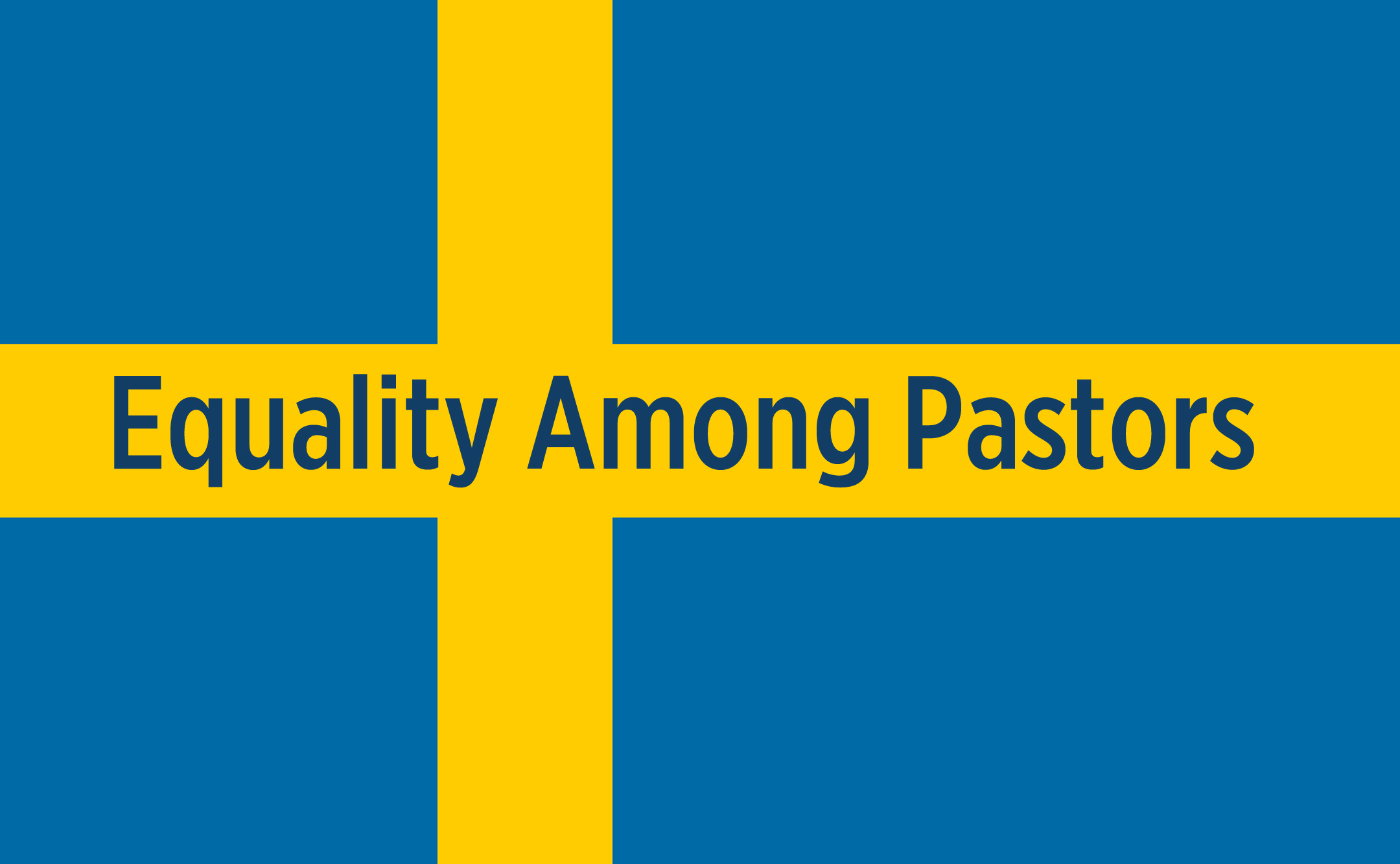 The Seventh-day Adventist Church in Sweden announced today that like Norway and Denmark and Belgium-Luxembourg have done, the Swedish Union of Churches Conference will cease ordaining pastors. In the notice posted on the union's website, the rationale was given that all pastors [male and female] will be equal. The move comes in response to the General Conference vote in San Antonio, Texas against allowing the Adventist Church's thirteen divisions to make provision for the ordination of women.

The Swedish Union issued this statement along with the announcement in both Swedish and English:

For more than 40 years, the Seventh-day Adventist Church in Sweden has followed Adventist theologians’ ongoing study concerning the role of women as church leaders. These studies of the Bible and Ellen G. White’s writings and example confirm that women are called by God to spiritual leadership. This has impacted Church policy and made it possible for women to be ordained as local church elders since 1975; and since 1992 women have, as in early Adventist history, been given credentials to work as pastors.1 But in regard to the question of ordination of women to pastoral ministry, the worldwide body of Adventists has not been able to reach consensus.

The Seventh-day Adventist Church in Sweden accepts the General Conference Session’s decision voted in San Antonio in 2015 not to allow the divisions to make provision for the ordination of women within their territories. However, the decision has not solved the problem of inequality in the way we treat our pastors. In Sweden this inequality is seen by many as being unethical and discriminatory and can be questioned from a legal point of view thus jeopardizing confidence in our message and ministry. Out of respect for the General Conference Session’s decision, the executive board of the Swedish Union has decided to drop its long-standing request to allow for women to be ordained as pastors. With an attitude similar to the one which Jesus Christ demonstrated in leadership (Phil. 2:5, 6), and for the sake of the Church’s work in Sweden, we step down, placing all pastors on an equal footing by ceasing to ordain altogether.

We want to promote a spiritual climate which encourages all members to respond to God’s call to serve and to take advantage of the gifts of the Spirit to the church. We believe this gives the Seventh-day Adventist Church the optimal potential to fulfil its mission in Sweden.

Jesus said: “You know that the rulers of the Gentiles lord it over them, and their high officials exercise authority over them. Not so with you. Instead, whoever wants to become great among you must be your servant, and whoever wants to be first must be your slave— just as the Son of Man did not come to be served, but to serve, and to give his life as a ransom for many” (Matthew 20:25-28; NIV).

The discussion about spiritual leadership must be one about the gifts and ministries of the Spirit, servant leadership, and mutual subordination instead of power, authority, and headship. Based on Jesus’ teachings about servant leadership, the Seventh-day Adventist Church in Sweden wants to confirm the gifts of the Spirit to the church, plainly and appropriately. Those who respond to God’s call shall be given the trust to represent the Church and its mission and the credentials required to do so. The authority to conduct the Lord’s Supper, baptism and marriage ceremonies, installing elders and deacons, founding churches and leading the Church’s ministries, are functions of service rather than expressions of power or status.

We wish to follow the General Conference Working Policy in a way that promotes unity. In instances where policy is contradictory, we take the principle of equality and unity expressed in the Fundamental Beliefs, No. 14, as the starting point: “Differences between ... male and female, must not be divisive among us”. In other respects we want to encourage a form of installation which confirms the concept of the pastor as a servant among servants.

In light of this, we decide the following:

b. After the period of internship is completed and approved, the pastor is given ‘lokal befogenhet’ and is installed through prayer by the congregation with a representative of the Union leadership present. After two years the ‘lokal befogenhet’ is exchanged for ‘nationell befogenhet’ if no objections arise.

c. Ordained pastors who are currently employed will be given ‘nationell befogenhet’ to achieve equality among the pastors.

2. ‘Nationell befogenhet’ gives the pastor the credentials needed to serve and lead in the Seventh- day Adventist Church in Sweden.

3. This regulation is valid until the General Conference creates a new and mutual policy for the accreditation of pastors which fully confirms the gifts of the Spirit to the church through all those whom God calls and equips for ministry, in accordance with the fundamental principles of unity and equality in the Fundamental Beliefs (No. 14 and 17) and Working Policy (BA 60 05 och BA 60 10).