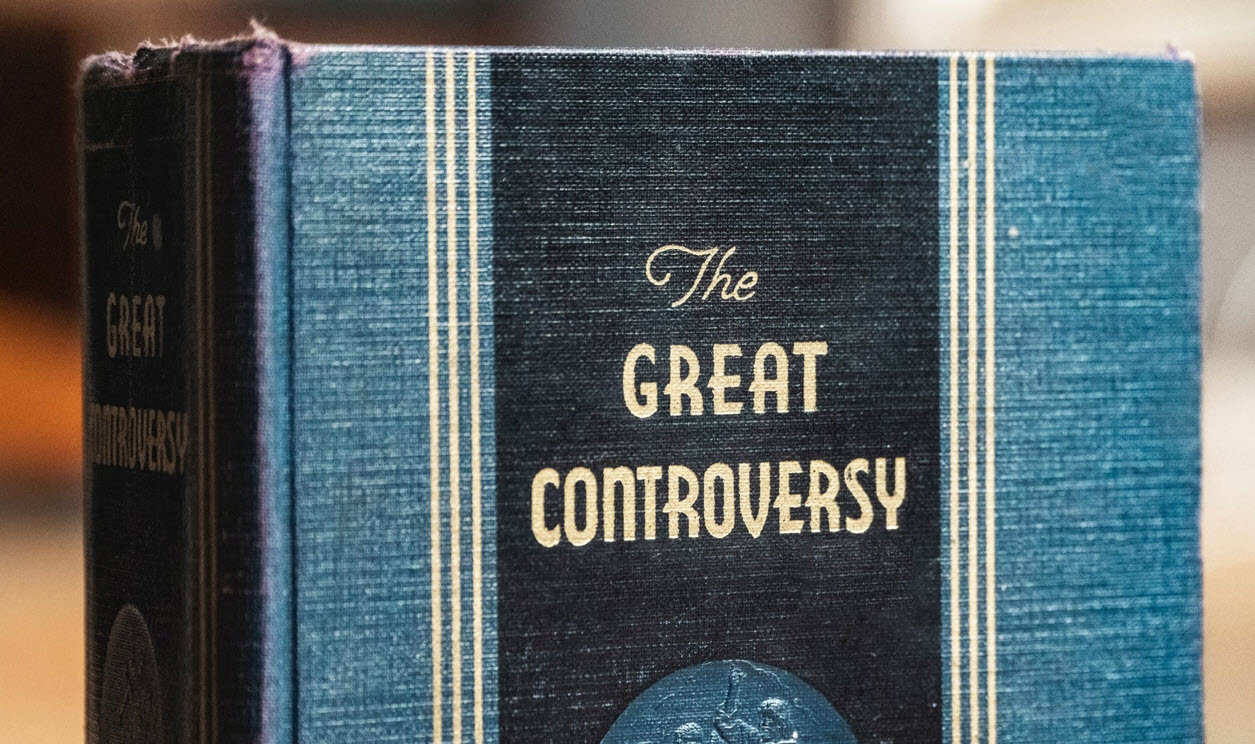 In chapters 25 through 38 (Part Two, Section B), The Great Controversy pauses to consider three present movements in their historical development: Protestantism (chapters 25–28), Spiritualism (chapters 29–34), and the Papacy (chapters 35–38). Ellen White criticizes these three movements as deviations. However, this critique is not as monolithic as one might think and requires a double differentiation.

On a first level, these three entities are not compactly evil. There are no homogeneously bad or good religious movements in history. Each group—Catholicism, Protestantism, various Spiritualisms, and even Adventism—are heterogeneous communities that have positive and negative aspects. Prophetic language is neither analytical nor descriptive, but one of denunciation. The entities the prophet criticizes certainly have positive aspects that can be easily recognized, but it is not his/her job to speak well of what is being criticized. The force of the message would be compromised. For this reason, a prophet’s language necessarily becomes one-sided.

But to limit oneself to the denunciations of a prophet in order to pretend to understand the entities in question not only highlights a clumsy method but also one bordering on falsehood. In this sense, the chapters of The Great Controversy on Protestantism, Catholicism, and Spiritualism are unsuitable for adequately understanding these phenomena—not merely because of the time that has passed and after 150 years they no longer correspond to what they once were, but especially because the prophetic words of denunciation, while important for understanding the direction of the moment, are insufficient to appropriately describe the complexity of those entities. Grassroots Adventism, and even worse, institutional Adventism, therefore err when in order to understand these three movements, they limit themselves to only reading The Great Controversy.

Consider spiritualism, for example. The historical and sociological analysis of Ernst Troeltsch (Die Soziallehren der christlichen Kirchen und Gruppen, 1912)[1], although old, was contemporary to the last edition of The Great Controversy (1911). It is much more reliable than White. In fact, compared to the well-known classification of religious groups into "sect" or "church" made by Max Weber, Troeltsch introduces a third category that he calls "Spiritualismus," which certainly cannot be reduced to "Spiritism" as White tends to do, and as most Adventists do who read her.

On a second level, these three movements are not assessed by White in the same way. Her critique is a differentiated one. Her most radical evaluation is directed against Spiritualism:

"To the self-indulgent, the pleasure-loving, the sensual, spiritualism presents itself under a less subtle disguise than to the more refined and intellectual; in its grosser forms they find that which is in harmony with their inclinations"(GC 555).

Regarding Protestantism, her criticism is less radical because although it has degenerated in the present, White recognizes in it a movement that was initially good and raised up by God:

"Catholicism indeed resembles much of the Protestantism that now exists, because Protestantism has so greatly degenerated since the days of the Reformers" (GC 571)

And her critique of Catholicism is more benign than one would expect, although she differentiates between Catholicism and the papacy:

"There are now true Christians in every church, not excepting the Roman Catholic communion, who honestly believe that Sunday is the Sabbath of divine appointment. God accepts their sincerity of purpose and their integrity before Him. (GC 449)

But on the Papacy she remains radically critical:

"It is not without reason that the claim has been put forth in Protestant countries that Catholicism differs less widely from Protestantism than in former times. There has been a change; but the change is not in the papacy. (571)

It is primarily on the interaction of these three movements that White pauses to outline a kind of end-time anti-Trinity. In this regard she writes:

"Through the two great errors, the immortality of the soul and Sunday sacredness, Satan will bring the people under his deceptions. While the former lays the foundation of spiritualism, the latter creates a bond of sympathy with Rome. The Protestants of the United States will be foremost in stretching their hands across the gulf to grasp the hand of spiritualism; they will reach over the abyss to clasp hands with the Roman power; and under the influence of this threefold union, this country will follow in the steps of Rome in trampling on the rights of conscience. " (GC 588)

But she describes these historical entities not in their static nature, but in their evolution and development. In fact, on the unthinkable transformation of the United States, she says:

"The prediction that it will speak "as a dragon" and exercise "all the power of the first beast" plainly foretells a development of the spirit of intolerance and persecution... Such action would be directly contrary to the principles of this government, to the genius of its free institutions, to the direct and solemn avowals of the Declaration of Independence, and to the Constitution. The founders of the nation wisely sought to guard against the employment of secular power on the part of the church, with its inevitable result-intolerance and persecution. (GC 442)

On the unexpected renewal and transformation of Spiritualism:

"Spiritualism teaches "that man is the creature of progression; that it is his destiny from his birth to progress, even to eternity, toward the Godhead." And again: "Each mind will judge itself and not another." "The judgment will be right, because it is the judgment of self..... The throne is within you." (554)

"It is true that spiritualism is now changing its form and, veiling some of its more objectionable features, is assuming a Christian guise. But its utterances from the platform and the press have been before the public for many years, and in these its real character stands revealed. These teachings cannot be denied or hidden". (GC 557)

And on the papacy and its surprising regeneration and transformation she writes:

White's description of these three religious groups is therefore very pertinent, but also is partial, precisely because it is essentially limited to their spiritual dimension. Now, not only do these movements also have a socio-cultural dimension that White does not mention, but it is that very dimension that has the greatest impact on people and events of our daily life.

One cultural analysis, referencing the three typical anomalies of our time, is made by Charles Taylor. He speaks of the three typical “Malaises” of post-modernity that determine the personal and corporate outcome of our lives:

"These, then, are the three malaises about modernity that I want to deal with in this book. The first fear is about what we might call a loss of meaning, the fading of moral horizons. The second concerns the eclipse of ends, in face of rampant instrumental reason. And the third is about a loss of freedom."[2]

A socio-cultural analysis like Taylor's is, therefore, essential for understanding The Great Controversy because the spiritual conflict, undoubtedly important as described by White, becomes incomprehensible if we do not insert it into a larger cultural framework. Not only is the spiritual dimension in danger of being misunderstood, but it is especially in danger of being understood backward. The three phenomena that Taylor describes, and that are transversal in the concrete life of all of us today are: 1) unstoppable individualism, 2) the absolute predominance of instrumental reason and 3) the affirmation of a rampant mild despotism. These were already described as typical of liberal democracies more than one hundred and fifty years ago by Alexis de Tocqueville in chapter VI of the fourth book of the second volume of his well-known work Democracy in America. Spirituality is never historically disembodied and therefore the final crisis can be misapprehended if one only reads The Great Controversy.