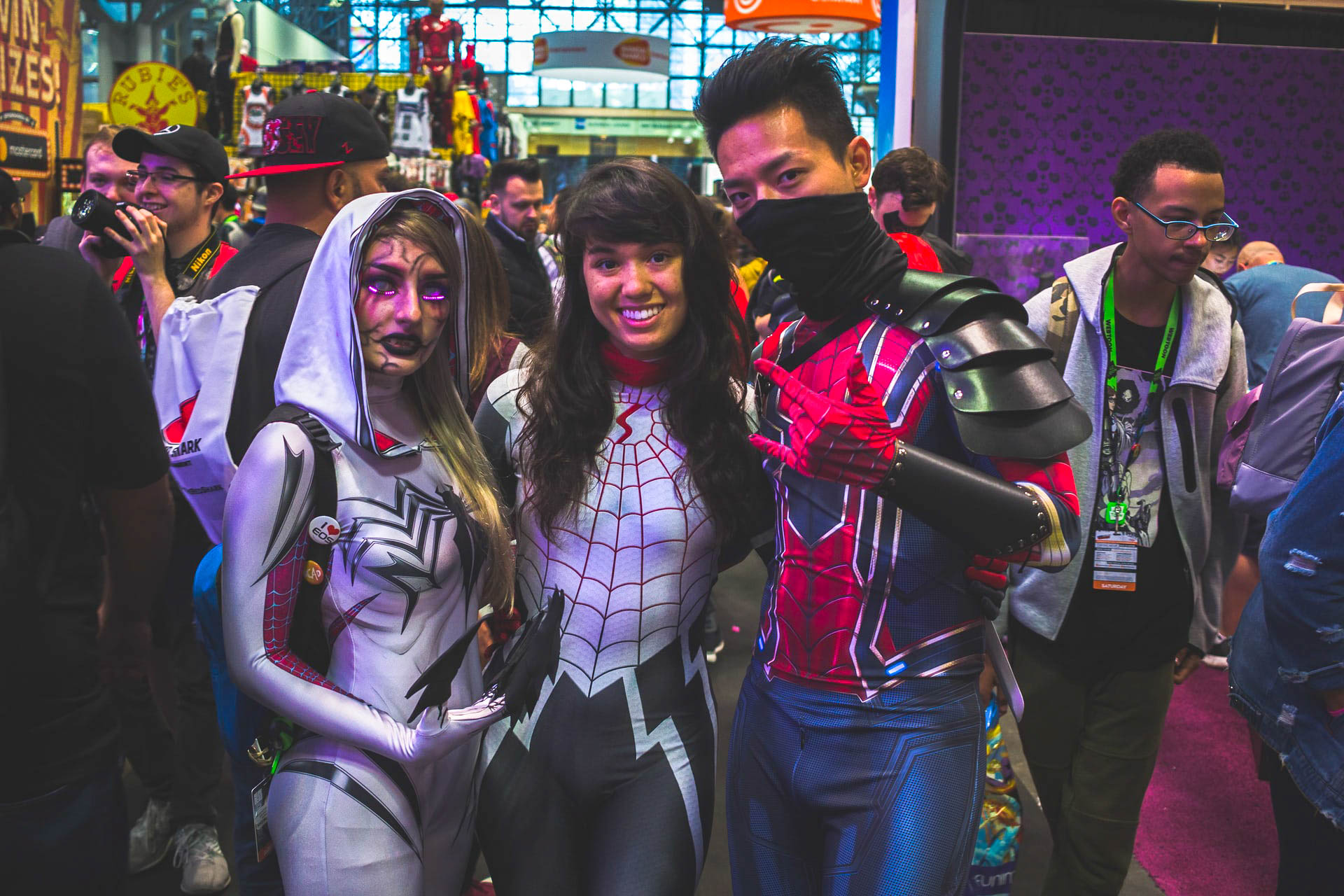 Sci-fi is undergoing a bit of a renaissance. There are currently five new Star Trek shows and three new Star Wars shows that are all presently in production. And month after month, the Marvel Cinematic Universe is continually pumping out comic-based limited episode streaming shows as well as feature-length films. If the names Kirk and Spock, Luke and Leia, Hulk and Thor sound familiar to you, then you are likely very aware of just how popular these franchises are. And it’s almost impossible to overestimate their importance in some circles.

I happen to like these properties, so I belong to some online fan groups. Talking to other fans can be pretty fun . . . until it’s not. What you quickly find out is that fandoms are full of people who can be “hardcore” to the point of being obsessive. Especially when it comes to issues of canon, some fans are exceptionally protective and territorial. If there’s any deviation from what they believe to be the acceptable parameters of story lore, they become argumentative and combative. The writers and producers of these works are special targets for abuse from fans because, although they are the leaders of these productions, they are often labeled as those who “don’t know” the material like “true fans.”

Several of these new shows are prequels featuring legacy characters. You would be shocked at the sheer volume of posts, articles, and videos dedicated to discussing whether the new versions of Uhura, Pike, Nurse Chapel, and Spock are donning hairstyles “appropriate” to these characters. For toxic fans, it’s important that the writers, producers, actors, and even other fans conform to their personal conceptualizations. They argue about being “faithful” to Gene Roddenberry’s “vision,” or in the case of Marvel, fidelity to the comic source material.  Actors like Moses Ingram, who recently joined the Obi-Wan Kenobi series, and Kelli Marie Tran and John Boyega, who starred in the last Star Wars film trilogy, have been subjected to racist treatment.

In the minds of some, Star Wars, a franchise that only had one Black person and two women with speaking roles during the original trilogy, clearly couldn’t make room for those who don’t pass the demographic criteria of the “true” fandom. If women and people of color weren’t central before, there’s no place for them to participate in leading roles now. And those who dare to occupy central positions will be harassed for even trying. Women who have participated in the gaming world know quite a bit about being on the receiving end of bigoted harassment of certain fandoms.

At this point, you may be curious about where this sci-fi discussion is going. After all, this is Spectrum, not Den of Geek. The truth is that the religious community isn’t all that different from what I’ve described. I voluntarily joined several fandom groups to find shared community around a topic, and I quickly recognized the same type of territoriality that is familiar within church life. Some of the worst attributes of fanaticism are found in both entertainment spaces as well as ecclesiastical ones. Some folks think religion is bad because of extremists. The real truth is that there will always be a subset of people who have a propensity toward obsessive fixation that drives them to become insufferable about a subject—whether it’s Islam, Christianity, veganism, CrossFit, Star Wars, or Star Trek . . . whatever. Some people find meaning in clinging to the minutiae surrounding their beliefs so that they can be exclusivist gatekeepers. Somehow that brings meaning to their lives and makes them feel important. They push others to the margins and insist that they alone are the true adherents to a given belief system.

But people eventually get tired of the trolling and the harassment. The toxic environments of many fandoms cause people to withdraw from these community experiences. Realistically, you don’t have to belong to an MCU fan group to enjoy Marvel movies and shows. Likewise, we see people withdraw from church communities. Because as quiet as it’s kept, you realistically don’t have to subject yourself to a toxic congregation to have a meaningful relationship with God. So, some choose to become solitary and silo themselves away from the fanatics. Or they may create their own smaller groups for safe fellowship. The sexism, bigotry, and pedantic bickering become too overwhelming for many who would rather find solace in walking away. Wait. Am I talking about sci-fi or Christianity? Both.

While Christianity should be above all that, the presence of humans means the presence of human tendencies. One could take a type of perverse comfort knowing that churches alone don’t possess these failings; those who leave our congregations will find the same flaws in humanistic groups. But if we have the Holy Spirit of the Living God, shouldn’t our walls provide refuge from this kind of harm? Doesn’t the presence of the Lord in our midst make a difference? Do we have something to offer that’s at least moderately less toxic than a Comic Con? I would like to believe so.

One thing I have noted in all of these franchises is that those who are the most stringent about the rules of canon are often the least familiar with the actual creators of these franchises. For example, it’s pretty nonsensical for people who dub themselves true Trek fans to squabble about inconsistencies. The Original Series was often inconsistent within itself and Gene Roddenberry himself gave several interviews expressing how unconcerned he was with minor trivialities. George Lucas famously didn’t even know that certain Star Wars characters would be related until he decided to make them family in the third film. There were firestorms when the live-action versions of characters like Johnny Storm, Aquaman, and Robert April were cast as people of color. But the creators of those characters spoke up in defense of the casting because the changes weren’t that important. Whether you love DC or Marvel, any diligent comic reader realizes that the backstories of classic characters are often retconned dozens of times to suit the changing world.

Yes, unlike fictional works, the Word of God remains constant. But I truly believe that just as in the case of these human creators, there are some things to which we cling so tightly that are actually extremely trivial to our Divine Creator. Christ talked about this during his earthly ministry: the people of God were tithing mint, dill, and cumin but ignoring the weightier matters of importance like justice, mercy, and faithfulness (Matthew 23:23). Even today, some Christians are terribly worried about the demographics of leaders instead of their characters. Talk about straining gnats but swallowing camels! (Matthew 23:24). We love to major in the minors.

Now we see in a glass darkly, but one day we’ll see face to face (1 Corinthians 13:12). I have no doubt that when that day comes, the majority of the bright lines we have drawn to exclude people will be revealed as entirely of our own making. As humans, we will err. But would you rather err in mistakenly drawing someone in or mistakenly closing someone out? I know my answer. To borrow from another property, I would rather embrace IDIC: Infinite Diversity in Infinite Combinations. I would hate to know that I pushed someone away, not based on God’s design but because of my own head-canon.