Time to Start Over: Reconceiving Sabbath — a New Case for the Seventh Day

Time to Start Over: Reconceiving Sabbath — a New Case for the Seventh Day 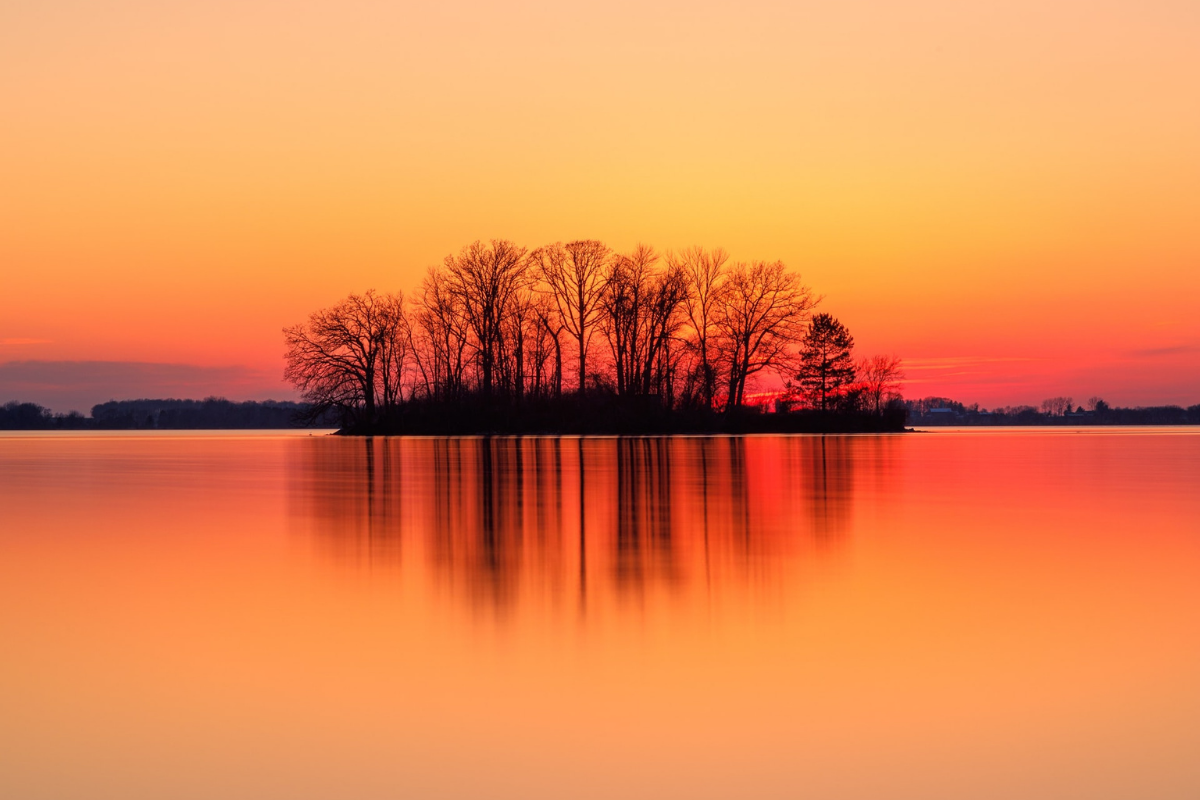 In 1861, at the first step of church organization, Adventist pioneers J. N. Loughborough and James White stuck up a big red flag: a creed, said Loughborough, is “the first step of apostacy.” A creed, said White, bars the way “to all future advancement.” This perspective prevailed, and delegates to the Michigan Conference organizational meeting agreed, not on a statement of beliefs, but on a simple pledge: “We the undersigned,” they said, “hereby associate ourselves together as a church, taking the name, Seventh-day Adventists, covenanting together to keep the commandments of God and the faith of Jesus Christ.”

It would have been better, I think, if the pledge had begun with a phrase like, “Thanks to the grace of God…” Commitment follows divine initiative, after all. But if Loughborough, White, and other meeting delegates were nevertheless on to something, their wisdom fell from favor. Today, General Conference leaders support an official Statement of Fundamental Beliefs some 4,400 words long, and expect us to agree on all of them. But if in age, education, and culture we have different vantage points, and if in any case we “see through a glass darkly,” that’s bound not to happen. To expect sheer uniformity of doctrine can only arise from self-deception; it can only result in complacency, fraud, and intimidation.

So, it’s best to keep talking about our doctrines, best to think it normal to be aiming, always, at the “future advancement” James White was counting on. Doctrines are, to Christ’s disciples, the premises we live by, and corrective attention to these premises is indispensable for the “building up of the body of Christ.”

Based on all this, I’ve been arguing in this series of short essays that it’s time to “start over.” As is perhaps always the case for religious communities, we are fragile, imperiled from within and without. Yet we are drawn together, many of us, grateful for purpose and hope, glad of the lifelong friendships and shared mission that Adventism seems to foster. Now, in this and one more essay, I want to illustrate how corrective conversation might renew and enliven two doctrines. Here I take up the Sabbath, later the Second Coming. Both pertain to our distinctiveness, both cry out for re-examination, and both offer strong stimulus to discipleship, the true point of Christian existence.

As to the Sabbath, let’s begin with what we conventionally teach. My life-long participation in Adventist life, backed up by recent inquiry and conversation, leads me to suggest the following summary:

• At the culmination of creation week, God blessed and hallowed the seventh-day Sabbath. The Bible asks us to keep this day holy — by resting, worshipping together, and embracing a certain Sabbath asceticism. The seventh-day Sabbath is thus a requirement of divine law.

• Later the Roman Catholic Church, abetted by Constantine, made Sunday the Christian Sabbath, thereby instituting a practice directly contrary to God’s will.

• Bible prophecy teaches that this same Catholic Church, supported by apostate Protestantism and American political power, will in the Last Days compel Sunday observance. But the true Sabbath is, and will then come to prominence as, the crucial test of loyalty to God. Anyone who complies with the false Sabbath while fully aware of God’s true intent will receive the “mark of the beast” and lose eternal life.

At least as early as the 1960s and 70s a few Adventists began to read Rabbi Abraham Joshua Heschel’s The Sabbath. The book lit a flame of humility and self-correction that was very nearly thrilling. In one part of the church — not a large part; one centered at some of our colleges and universities — Adventist reflection turned to Sabbath as a kind of emancipation. It put aside obsession with arithmetic, whether of the proper rest day or of the long apocalyptic timeframes that were said to culminate in a Last-Days Sabbath crisis. Reflection focused instead on the point. Over the decades since, agreements have emerged about the meaning of the seventh day, about how Sabbath rest and celebration constitute a gift, not just an obligation. To me, these agreements — what amount to a New Case for the Sabbath — have shed a healing light. Among more than a few, they have awakened deeper, if also less unquestioning, loyalty to the Adventist heritage. Here is my own summary of these agreements:

• The Sabbath is first of all a matter of grace. It is a blessing from God, offering rest, festivity, and contemplation against soul-crushing busyness and the deadening tyranny of things. Keeping it, as God asks us to do, is thus reception of a gift that sustains human betterment.

• Embracing the Sabbath does not require literalism with respect to the Genesis creation account. The story conveys a spiritual point, namely, that the God-made world is “very good” and that humans receive an honored place and role in that world.

• According to the Ten Commandments (Deuteronomy 5 as well as Exodus 20), Sabbath rest memorializes not only the goodness of creation but also the divine commitment to rescue from forced labor. Sabbath-keeping awakens passion and hope with respect to liberty from oppression and justice for all.

• It is wrong to stigmatize all of Roman Catholicism for a tragic, early mistake. Without surrendering responsibility for theological critique (and for considering critique directed to us), the New Case for the Sabbath affirms the value of mutual respect and cooperation among the varying strands of Christian commitment.

But a development that goes beyond these five agreements, one that concerns the seventh-day-ness of the Sabbath, is now a-borning, and I have begun to immerse myself in the historical scholarship that undergirds it.[*] In this light I now state an argument that may be new for many.

• Jesus was an observant Jew whose witness stood within the Jewish tradition of give and take concerning the meaning of the covenant. He certainly embraced the Sabbath. Paul and first-century Jewish Christians were also observant Jews.

• Many synagogues at the time of Christianity’s beginnings welcomed gentiles. These gentiles could become Jewish converts, or, if they did not undergo circumcision, participate in the Sabbath and the synagogue experience as “God-fearers.” A substantial number of God-fearers joined Christian assemblies within their synagogue communities, becoming eschatological (and Sabbath-observing) gentiles in accordance with the prophetic vision (Isaiah 2:1-2; Micah 4:1-2; Zechariah 2:11; see especially Isaiah 56:6,7).

• By early in the second century hints of Jew hatred appeared in now-dominantly-gentile Christian assemblies. A shift away from the seventh-day Sabbath began. In the fourth century Constantine threw the weight of Empire behind Sunday as a universal (not only Christian) day of rest. (His legislation did not even mention Christ and the resurrection.)

• Eventually, Jews and Christians fully separated. Christians rationalized this as “supersession,” or replacement of God’s Chosen People, even though the apostle Paul had said (Romans 11) that the covenant with the Jews never expires, and that gentile Christians, as “branches” grafted onto the supporting “root,” should “stand in awe” of the Jews.

• As a sign of grace and reminder of essential biblical conviction, the Sabbath fosters connection — restorative connection — with Christianity’s Jewish heritage. Despite Christian oppression, the Chosen People have excelled, after all, not only in partnership with God toward creative transformation, but also in resistance to abusive power. By contrast, Christianity, especially since Constantine, has lapsed often into otherworldliness — escapism, resignation, irresponsibility — or even worse, into unscrupulous partnership with political authority.

• Conventional Adventist teaching on the Sabbath evokes proud separation — from other Christians. The New Case for the Sabbath evokes humble solidarity — with those who constitute the “root” of Christian existence. Christians who (along with Jesus and Paul) celebrate the biblical Sabbath thus give indispensable witness not only to the wider world but also to other Christians. Just how witness to the Christian movement’s essential Jewishness could bear fruit may elude our full understanding. But suppose that, by God’s grace, it helped cleanse Christianity of disdain for others; or impede disastrous drift into “Christian nationalism”; or transform pious pessimism into active hope. Any of these would make such witness a blessing to all humanity.

The seventh-day Sabbath, properly conceived, thus opens one pathway — not a shortcut but still a pathway — to what in this skeptical age must be a singularly important goal: the redemption of Christian community and witness.

[*] My remarks are informal and not footnoted, but I may here mention, as examples, Amy-Jill Levine, Paula Fredriksen, Gabrielle Boccaccini, and Jacques Doukhan.

Previous Articles in this Series:

Photo by Dave Hoefler on Unsplash