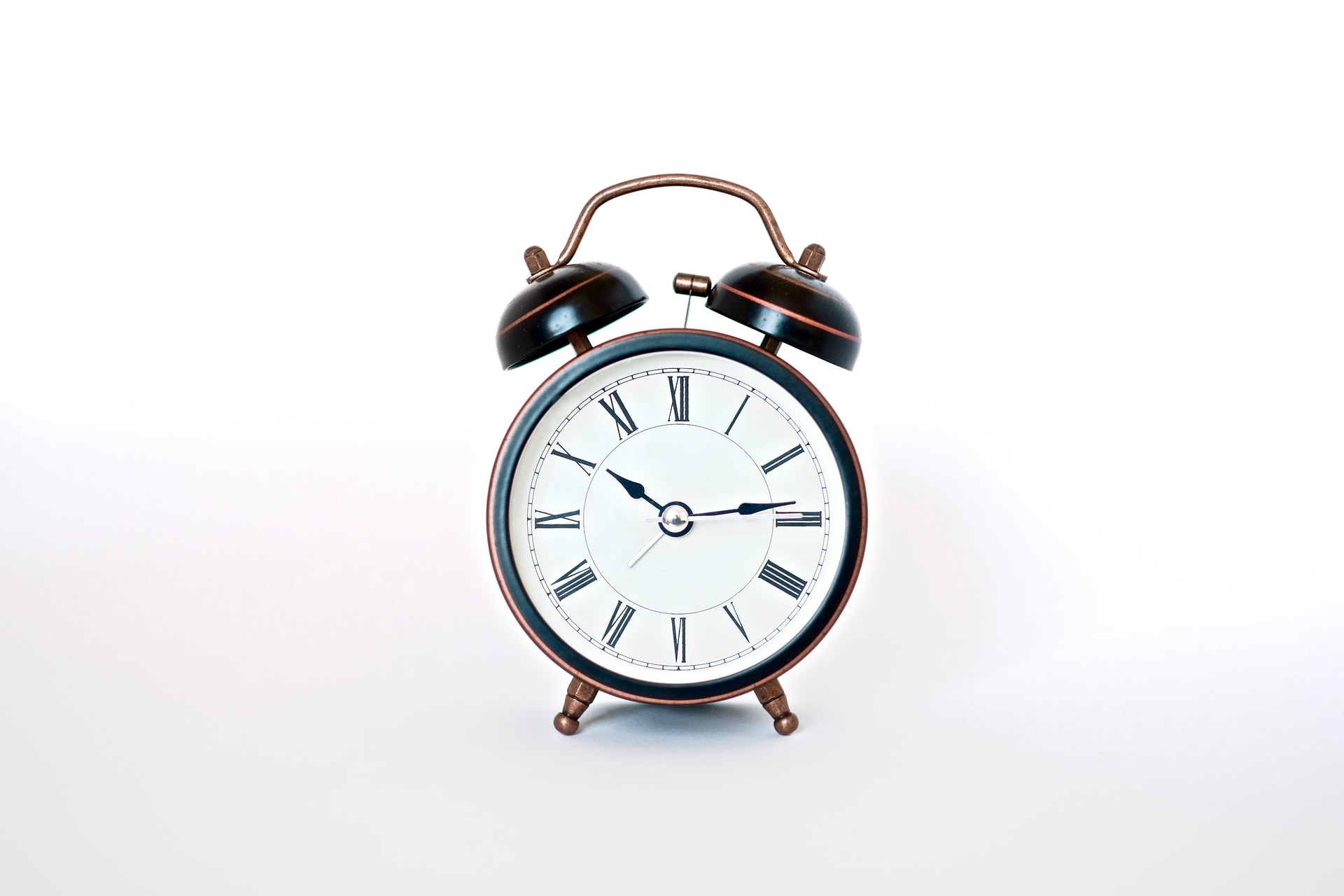 Two facts make any remaining Adventist self-satisfaction delusional. One concerns burgeoning disgust with religion, or at least indifference to it. The other concerns the collective Adventist rejection of doctrinal humility; by refusing to grow, we cut our connection to reality and become irrelevant. These are both threats to our future. It is no idle question, therefore, to ask: Over the long run, can this community be saved? The COVID crisis, with its disruption of church life, is as good a time as any to think this through. We may suppose that religions are hard to kill, but failed communities that now seem like mere outcroppings of fanaticism suffuse Christian history.

Ronald F. Inglehart, of the University of Michigan, has for a dozen years been studying “religious trends.” Reflecting “data on religious trends in 49 countries,” he and a research colleague concluded that between 1981 and 2007, the thesis that industrialization and the spread of scientific knowledge would undermine religiosity appeared to be false, or at least unproven. Although “most high-income countries became less religious” during this period, in 33 of the 49 countries people became “more religious.” But now, in a just-published Foreign Affairs article that anticipates a forthcoming book, Inglehart presents evidence that, for the period 2007-2019, religiosity has declined in all but five of those 49 countries. The “most dramatic shift away from religion” has occurred in America. Survey response shows that on a scale of 1 (“Not at all important”) to ten (“Very important”), the “mean rating” Americans give to the “importance of God in their lives” dropped from 8.2 to 4.6. Inglehart calls this an “astonishingly sharp decline.” At a minimum, it tells us that religious belief faces, at least for the present, an increasingly indifferent environment.

I need not belabor the threat to Adventist life. It’s a commonplace now that many members, and especially many young people, are losing interest in the church of their mothers and fathers.

As to the rejection of theological humility, consider just five Adventist convictions that are now breaking under the weight of our own stubbornness and self-deception.

First, Ellen White. The evidence for her insight and prophetic leadership is overwhelming; her achievements outrank any of our own. But the evidence that her perspective should settle all disputes — an assumption still upheld, at least in practice, in leadership circles — is non-existent. Conventional obeisance to her every word scorns common sense, even her own common sense, and if we don’t face this, and move on, we cannot flourish. Those who cannot face it threaten our future.

Or consider the genesis of things. Evidence for “creation,” not sheer happenstance, as accounting for the universe is at least suggestive. Our world evokes wonder; no one, certainly, can explain, on purely naturalistic grounds, consciousness or agency, or even physical matter and the laws that govern it. But evidence for “young earth” creationism is, once more, nonexistent, nor is it required by scripture. Again, conventional orthodoxy scorns common sense. The Bible bears indispensable witness to the sacredness of human life and the plausibility of hope, yet we sully that witness with contentious speculation. How long can that continue to work?

Evidence for the risen Christ’s relocation, in 1844, to the heavenly sanctuary’s most holy place depends on tortured exegesis that no one, outside our own circle, takes at all seriously. What is more, the accompanying view that Christ then commenced a final “investigative” judgment denies divine omniscience and creates, among the faithful, debilitating insecurity. Under this doctrine’s alarming light, you either wallow in fear and self-loathing or lapse like a fool into self-adulation; or maybe you suffer from a weirdly conflicted mishmash of both. At the same time, the literalism of this view distracts from the New Testament conviction that the living Christ is present in the church and in the world, not ensconced away in a needless bookkeeping exercise. But influential leaders and evangelists persist in regarding “1844” as rock-bottom Adventism. Even if some people do, by personality, gravitate to self-bracing apocalyptic speculations, for anyone who is thoughtful the persistence of this doctrine can only sharpen the swerve into religious indifference.

Apocalyptic consciousness pervades much of holy writ, and protects any attentive community from uncritical veneration of worldly authority, political or ecclesiastical or otherwise. Such consciousness is a reminder that the divine kingdom is nowhere fully embodied, least of all where self-satisfaction disdains repentance and distorts all seeing. But the dominant Adventist eschatology has blunted the moral point of biblical apocalyptic. It has made Daniel and Revelation a repository of secret knowledge instead of a stimulus to renewal and lived hope. It has reduced spiritual life to a means of escape and church mission largely to talk. At its most extreme, this eschatology makes the divine creation less a garden to care for than a bus stop to elsewhere: earth’s future is fixed; no initiative can bend its arc. Under the sway of such deadening divine determinism, peacemaking, which Jesus put at the center of Christian mission, is, in fact, pointless. Some may say, of course, that I am here painting with a brush too broad, but the portrayal is recognizably Adventist. This eschatology dominates in conventional evangelism; it dominates at most General Conference sessions. While the biblical way of being Adventist could renew religious conviction, the dominant one fosters resignation — and irrelevance.

One more example of doctrinal stubbornness and self-deception is what we say, or don’t say, about the Bible. The first statement in our official account of Adventist beliefs declares that the Bible is the “written Word of God,” but the statement never acknowledges that the living Word of God is Jesus Christ. The two testaments are the gift of divine inspiration, as 2 Timothy 3:16 declares, but an “inspired,” or “God-breathed,” document is not itself divine. Christian scripture nowhere attributes divinity either to inanimate ink and paper or to inspired authors who are themselves human. As Bible texts well known within Adventist life unmistakably attest, final authority rests with the risen Christ (Matthew 28:18); Christ alone, by explicit contrast with other contenders, is the “exact imprint of God’s very being” (Hebrews 1:3); Christ alone is the Word made “flesh” (John 1:14); Christ alone the church’s “head” and “measure” (Ephesians 4:13, 15).

To Bible-believing Christians, then, the Bible truly is “the written Word of God”; all of it truly is profitable for “teaching” and “training in righteousness.” But Christ alone is God’s human face, Christ alone the living Word. Overlooking this has facilitated the use of scripture to validate misogyny, apartheid, and genocide. Yet we now, at least officially, do overlook it. When the sense of religion’s moral failure exacerbates indifference to God, that mistake threatens not only our witness but also our very future. Adventist attention to Psalm 127 could hardly matter more: “Except the Lord build the house, they labor in vain that build it.”

I intend over the next several months to offer occasional, brief reflections on what it might mean for Adventist doctrine to undergo a desperately needed reset. I sally forth not as a vandal but as a part of the family. For some five years now, I have belonged, indeed, to a tiny congregation whose members, unlike me, regularly consult Doug Batchelor. But they continue to welcome and watch after my wife and me. Now and then I am their Sabbath-morning preacher. I allow that I have always taken care to bear my witness in a way that builds up and does not tear down. Perhaps I have been careful to a fault; I do grasp, certainly, the difficulty our theological problems put in front of us. Still, I think, or at least hope, that if we commit ourselves to unity, and if we acknowledge that doctrinal inertia cannot disappear as if by magic, God’s grace can shift us toward humility and fresh understanding. I think, or at least hope, that so far from edging toward irrelevance, we may recover and bear, even amid secularizing drift, a witness that truly matters.

Photo by insung yoon on Unsplash