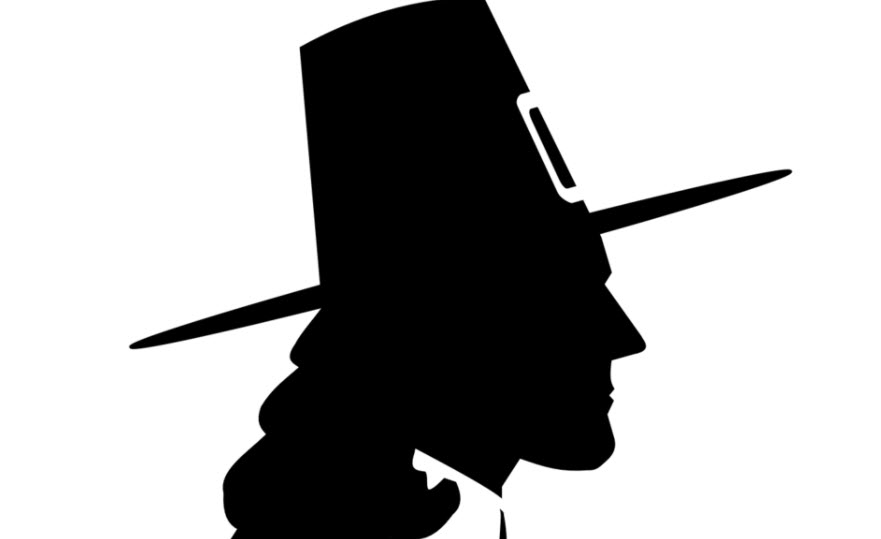 In 1721 there was an uncontrolled disease raging throughout the Northeastern part of the United States. In a world that’s very familiar with epidemics, I’m certain that the fear experienced by those facing this disease in the 18th century is relatable to us. The spread of smallpox claimed thousands of lives and even swept through entire civilizations (see also: Indigenous Native Americans).

However, a man in Boston was able to save thousands due to his know-how and experience gained from his homeland. The man at the heart of this narrative was originally from West Africa. He, along with thousands of his fellow citizens, were kidnapped and brought to the Americas. He was trafficked to New England. Ironically, the rights to benefit from his enslavement were purchased by a church congregation! They “gifted” him to their minister, a Puritan named Cotton Mather. Incidentally, but not surprisingly, Cotton had been an ardent supporter of the Salem Witch Trials. More on that later.

Because Cotton was a “good Christian minister” he decided that the man he was enslaving should be robbed of his own name that was given to him by his family. In a tradition we saw practiced by the Babylonians in the book of Daniel, Cotton chose a new name for his captive. As an homage to the enslaved man discussed in Philemon, Cotton settled on “Onesimus”.

Again, due to his “charitable Christian character,” Cotton distinguished himself from other captors by choosing to educate his victims. He taught Onesimus to read and write. And of course he taught Onesimus about the Bible. Let that sink in. A minister of the Gospel that sets us free, had the audacity to teach that Gospel to a man he kept enslaved. The same God who liberated the Children of Israel was the one Cotton hoped Onesimus would accept – even as Cotton was actively robbing him of his freedom. It’s a cruel irony that Cotton knew and even taught the principles of Christianity all while being an egregious violator of its most fundamental tenets. Because, make no mistake, Cotton still held all of the vile, racist, supremacist beliefs of the other white people around him. He didn’t mind keeping Onesimus enslaved because he felt he was subhuman. By his own written accounts, Cotton believed Onesimus to be “thievish” and “wicked.” After many years Cotton eventually released Onesimus. But this was only after deeming him “useless,” “ungovernable” and “rebellious” and after Onesimus not only purchased his own freedom, but also agreed to perptually perform chores (e.g. chopping firewood, shoveling snow) for the Mather family whenever called upon (which still sounds like slavery if you ask me).

Despite his recorded general mistrust of Onesimus, Cotton did recognize that he had intelligence and knowledge that could be exploited. Onesimus had made Cotton aware of a technique in West Africa that had come to be known as variolation. In this procedure, infectious material was extracted from the sick and rubbed into a cut made on the arm of a healthy person. This provided inoculation against the encroaching disease. Cotton took the information learned from Onesimus and relayed it to the Royal Society of London. When smallpox began to ravage their communities, Dr. Zabdiel Boyston decided to employ this method to innoculate the residents. While smallpox wasn’t completely eradicated, it did result in high immunity rates. Less than 2% of those who had been treated died from smallpox. This was a drastic improvement as compared to the 14-15% of those who hadn’t been innoculated who caught smallpox and died. The lessons learned from Onesimus were later refined even further to create a smallpox vaccine in 1796.

Although Cotton actually listened to Onesimus, I wonder how much other useful – even lifesaving – information has been overlooked for centuries because of the pride of the colonizers. How often has wise counsel from Black, Indigenous, and other people of color been obscured because of the actions of white supremacy? And this extends to the influence of colonialist and supremacist thinking within Christian communities. I think of how Cotton and others were so galvanized to exterminate anything or anyone different that they engaged in literal inquisitions and burned people at the stake. The Salem Witch trials were not about witchcraft. It was about assimilation. As was the purpose of slavery. I am disgusted by the colonizers’ insistence that the folk histories and traditions of enslaved peoples were dangerous. Their uniqueness needed to be stamped out and replaced by the colonial mindset of Christianity and life in general. Those who were trafficked were literally beat into a mold of conformity.

The rallying cry for conformity as a mark of Christianity still echoes in ecclesiastical communities in the 21st century. What people think is “right” is often that which is rooted in white colonialism. White supremacy is not just displayed by KKK hoods, torches and chains. It is also the insistence of sameness in dress, music, and other cultural expressions. And often this is promoted under the guise of Christianity. I’ve had to remind people many times that Christianity is a religion that originated in the Middle East. All too easily it is forgotten that the God of Abraham was revered and worshipped in Africa, millennia before Europeans co-opted and crusaded about God. Even today, we trivialize the important perspectives through which non-white peoples are able to view the Word. While the Bible is immutable, we all undoubtedly bring our own lenses that color and shape our understanding. It would behoove our communities to remember that the cultures most anthropologically related to those of the original writers may be more suited to contribute observations that help us best interpret original intent and context of Scripture than Eurocentric views. Instead of insisting that the white way is the right way, we need to acknowledge the many voices from people of color that have been silenced in their perspectives on theology, worship and Christian lifestyle. The recognition of the liberation theology replete in Scripture is often actively muted by white theologians protective of the status quo they’ve created and benefitted from. Some communities of Christianity have gone so far as to actively squelch the teaching of racial justice within religious institutions.

While the official Adventist denomination has not gone that far, there are pockets of this mindset within our congregations around the world. When issues of equity and social justice are discussed, it is often accompanied by a chorus of voices attempting to drown out the conversation, or redirect attention by stating that these issues are unchristian. To our shame, Adventism has not done a good job of teaching against this type of ignorance and thinly veiled bigotry. Our own ecclesiastical practices are in severe need of decolonization. Like Cotton, while operating under the auspices of Christian thought, our church often actively engages in activities that are the exact opposite of Christian virtues. We dehumanize and trivialize the importance of contributions that don’t conform to the colonialist mindset in which our denomination is steeped. Adventism has historically demanded the emotional and real labor of Black and Brown communities without intentionally recognizing their cultural value as equal to that of historically white traditions. We need to break these patterns.

So where do we go from here? Listening to the voices of Black scholars and ministers is one step in the change that is needed in the process of divorcing Adventism from these colonialist ideas. Dr. Sidney Freeman Jr. conducted a summit on decolonizing our denomination that included a wide array of Adventist ministers, theologians and thought leaders. I encourage you to listen to the series, not just because it’s Black History Month, but because every day we need to actively listen for the ways in which God may be challenging us to embrace valuable perspectives we may have overlooked, simply because of where they came from.