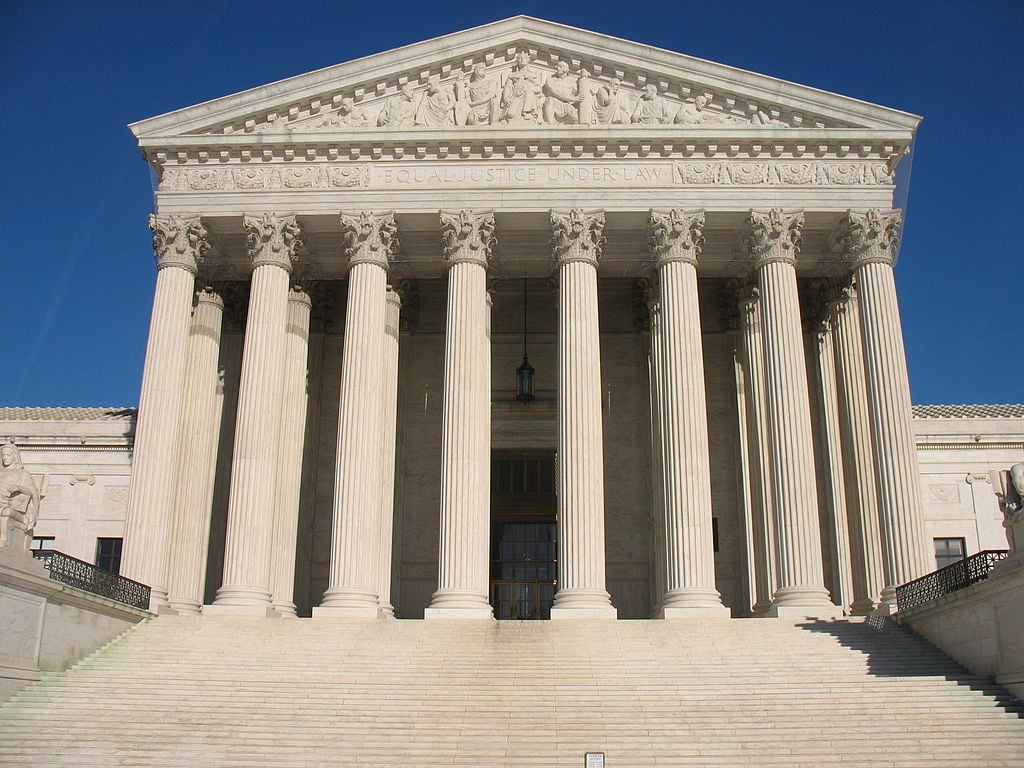 Yesterday the Supreme Court heard arguments in the case Espinoza v. Montana Department of Revenue, a case that could drastically alter jurisprudence under the Establishment Clause. If the petitioners win in this case, we could be living in a legal reality where states may be forced to use public funds to support religious instruction in schools. As I was thinking about this case and how it blurs the line of separation between church and state I recalled a phrase often used by conservative religious liberty advocates. “Freedom of religion doesn’t mean freedom from religion.”

The statement is a common refrain of conservative evangelicals who are clamoring for more religious political influence. They like to cite the fact that the phrase “separation of church and state” does not appear explicitly in the Constitution, and David Barton has made a whole career about stretching the truth as far as possible (so far that it breaks most times) to make the argument the Founders based this government directly on the Bible. I believe that this idea is wrong. Freedom of religion by definition must mean freedom from religion or there is no freedom of religion at all. There are several ways to address this fallacious statement. We could examine and debunk it from historical or political angles. But I think it is just as important (if not more so) to talk about why freedom of/from religion is the lynchpin upon which the gospel rests.

The Bible is replete with implicit messages about the importance of choice. In Jos 24:15 Joshua says to the children of Israel, “[C]hoose for yourselves today whom you will serve…” In 1 Kings 18:21 Elijah says to the people, “How long will you hesitate between two opinions? If the Lord is God, follow Him; but if Baal, follow him.” In Rev 3:20 God says, “Behold, I stand at the door and knock; if anyone hears My voice and opens the door, I will come in to him and will dine with him, and he with Me.”  God is not a God of force, or compulsion. God with all of His omnipotence says to us instead in Isa 1:18, “Come now, and let us reason together,” says the Lord, “Though your sins are as scarlet, they will be as white as snow; though they are red like crimson, they will be like wool.” How cool is that? God’s not trying to force us into a relationship, and He wants us to know that this thing that He’s offering us makes sense. He wants to reason with us. God is not trying to force Himself on us. He does not want to make us choose Him. He stands patiently at the door, knocking, hoping that we will answer and let Him in. Now does it make any sense that a God who would say we are free to choose Him once we hear His reasoning would then turn around say that you can’t be free from Him as well? This is the risk that God has taken in giving us freedom. Notice what Elijah says to the people at Mount Carmel. Elijah’s problem is not that the children of Israel have made the wrong decision; the problem is that they had not made a decision.

What conservative evangelicals do not seem to recognize the simple fact that if you have freedom of religion, it means you have the freedom to reject all religion and be free from it. All of those choices are on the table. If they aren’t then there really isn’t any choice at all. Here’s the fascinating part of it all – those who would attempt to use the power of government to force people to live as God designs, or use the government to force people to bear the burden of their own imposition upon the consciences of others are actually working at cross purposes with the very God they say they believe and follow. As well-meaning as the motives may be, it seems that we can get so busy fighting for God that we forget to check whether God ever asked us to fight for Him (or fight for Him this way). And in the process we present a picture of who Jesus is that could not be further from the truth, actually leading people to choose freedom from religion. It’s a shame though, because I don’t think many of those people want to be free from religion or from Jesus – they just want to be free from us.