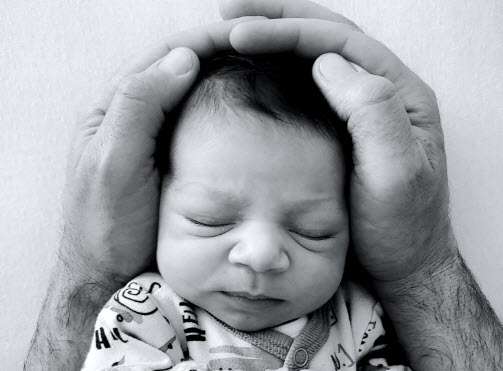 I love a good turn of phrase. This being the case, Paul’s words to the Philippians, chapter 2, verses 5-7 (ESV) strike a chord with me.

Have this mind among yourselves, which is yours in Christ Jesus, who, though he was in the form of God, did not count equality with God a thing to be grasped, but emptied himself, by taking the form of a servant, being born in the likeness of men.

I have always loved the idea of Jesus being so powerful that he did not think of “equality with God” as “a thing to be grasped.” Equality with God is a concept that I cannot explain nor fully comprehend and for Jesus it was His modus operandi. Yet He gave up all that power, emptying Himself and becoming just like us, “born in the likeness of men.”

I believe that we tend to think of the first advent of Christ in selfish terms. It is certainly understandable. Jesus came down in the form of a man, born of a woman, to save us from our sins. How often do we think about all that Christ gave up to accomplish that task? We could certainly think about it in the way Paul does in the quoted verses, focusing on the power that Jesus relinquished in becoming a human being. But the Christmas holiday leads me to think about that idea in a different and more concrete way, a way that is easier for me to understand – the vulnerability of being a baby.

We have a one-year-old daughter. She is not totally vulnerable now after 16 months on this planet. She can walk, communicate with intention, explore and discover. All this being true, she still relies on her parents for almost all her daily needs. Without us she would be unable to survive. If she is going to eat, we have to provide the food. If she is going to be clean, we have to bathe her. Much of what she learns happens because we provide the context and the information. It is almost unfathomable that Jesus Christ chose to become like my daughter, subjecting Himself to the total care of others. Becoming so vulnerable that for a time He could do nothing for Himself. The Christmas story is not told in full if we do not acknowledge the great sacrifice that vulnerability was for the baby born in a manger.

Thinking about the inherent vulnerability of the Messiah makes me wonder if we His followers have missed the plot. There is a strong thread in the story of Christianity en masse that is about running from vulnerability. I would argue that thread is just as strong in some elements of Christianity today, and especially in these United States. One could argue that so many of the issues that plague Christianity from a social and political perspective involve a desire to not feel like we are being taken advantage of, to not be vulnerable. We are reluctant to admit to the sins in our midst because it would make us vulnerable to criticism from the outside world. We clamor for political power to protect ourselves (we tell ourselves) from the creeping compromise of secularism, because to give in would make us vulnerable. Some of us are so concerned about seeming vulnerable that we would fight for the right to subject ourselves to a deadly virus, just to be able to say that no one can tell us what to do. But the Christmas story should remind us that seeking power for our own protection is not the way of Jesus. Jesus had all the power and protection in the universe. He “did not count equality with God a thing to be grasped.” If Jesus were anything like us, he would not have come. And if Christianity is about following Christ’s example, then we would do well to remember how vulnerable Jesus was – every step of the way – and purpose to live that vulnerability in our lives, and as a community.