A Spatial Theology of the Sabbath: The Disenchantment of Place (Part 2)

A Spatial Theology of the Sabbath: The Disenchantment of Place (Part 2) 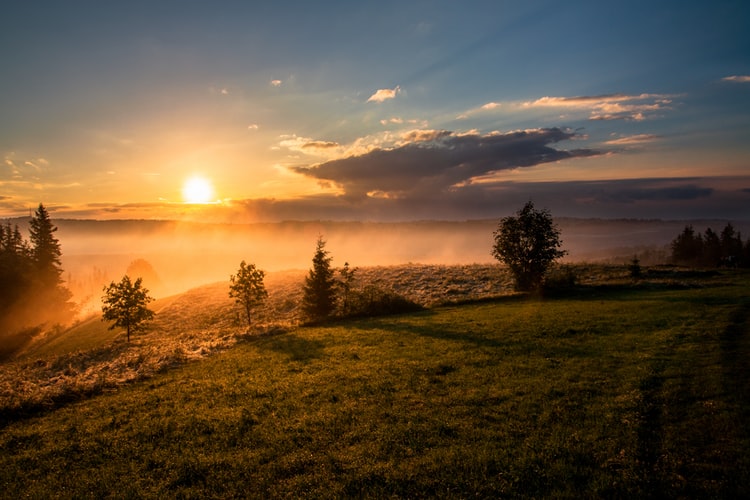 We considered, in last month’s article, that today’s Western globalized world has radically privileged the category of Time at the expense of Space. And Christian theology, which should have re-oriented and corrected this cultural trend as it emerged, has simply validated it with a biblical justification found in the pivotal category of “History”. This unbalanced attention toward “Linear Time” has led the Western world and religion to build up a “historicentric” and “spaceless” worldview, which certainly is the main guarantor of today’s well-being and progress, but also the main defendant of meaninglessness and rootlessness.

The predominance of Time over Space has led our contemporary world to build a new kind of dualism. A temporal dualism, in which Time appears as the only dimension where meaning can be reached. This is contrasted with a devaluated Space which must necessarily be overcome because it is in itself unable to offer any possible chance for meaning. And the Modern Sabbath, amputated of its inborn spatial component, simply seems to have been swallowed by this perspective and to have lost its power of renewal. The unilateral temporal Sabbath of our days, secularly understood as the week-end, or religiously as the worship-day, has become not part of the solution, but rather part of today’s temporal alienation.

More specifically, the Sabbath in Adventist tradition is a strong dynamic and propulsive category. Based on an eschatological understanding of reality we have compromised the future horizon opened by a true Sabbath-keeping, with religious obedience. It is only secondarily and indirectly that we link it to the past. Our Sabbath is heavily oriented toward the future. So much so that in future “final events” the Sabbath will become the sign of true obedience and religious dynamism. Consequently the Sabbath is not about going back and re-establishing the paradisiacal perfection of the origins, but rather going forward in full obedience to welcoming God’s future for humanity – as expressed in his Law. This “functional” understanding of the Sabbath privileges dynamism, movement and change rather than relations, balance or belonging.

And in this anomaly Adventism has just followed – and even perfected and improved – Western attitudes and vocation for “Disenchantment”. The functional and efficient Sabbath of Adventism, which unfortunately is also a “Disenchanted Sabbath”, is just part of this more general Western process of Disenchantment. Sunday, more than being some heretical or heterodox day of worship, is as much disenchanted as the formally orthodox, biblical, Adventist Sabbath. And the disenchantment of the Sabbath, and of today’s reality in general, is very much conditioned by the deprecation of Space. But, where does this come from? Western culture is founded, per the German sociologist Max Weber, through a diffuse and radical process of “Rationalization”. The already strong process of Rationalization in Weber’s time has not stopped since then, but has radicalized and refined itself even more. The Western world has been rationalized both theoretically and practically. And one of the best examples of this process is precisely the Adventist church. Adventist Ethics, Mission and Sabbath are highly rationalized realities. They are not speculative or theoretical because Adventism has chosen practical and pragmatic rationalization. The main ongoing processes in Adventism, administratively or theologically, clearly go in this direction. They look for increased clarity, homogeneity and efficiency –always toward a higher rationality. And American pragmatism, inscribed in the soul of Adventism, has made things even worse.

For this reason Disenchantment is not a completely negative process, as much as, say, ethical relativism. Rationalization is necessary to fight the absoluteness of superstition, authoritarianism and tradition. But can Rationalization and Disenchantment be allowed to wear down the very essence of life, which we are trying to preserve and foster, in the name of something we ambiguously call Progress? Rationalization and Disenchantment convey a big dose of self-damaging pushes. Progress means Growth – two main categories of our contemporary world. And Adventism particularly has made religious Progress and Growth pillars of its own structure. But do Progress and Growth necessarily mean qualitative development? Do they automatically imply maturity? Disenchantment is neither totally bad nor totally good. It’s an ambivalent category. It needs to be monitored and assessed. How has it shaped our world? Let’s briefly consider it from four different perspectives.

1. The Disenchantment of Cosmic Space

The Copernican Revolution was a paradigm shift from the Ptolemaic model of the heavens, which described the cosmos as having a stationary Earth at the center of the universe, to the heliocentric model with the Sun at the center of the Solar System. Without doubt this modern vision is scientifically true while the Ptolemaic view was false. Nevertheless, on an existential and anthropomorphic level, the scientifically false Ptolemaic view probably helped better to cope with meaning in life, for the pre-moderns, than the scientifically true heliocentric model actually does with contemporary humans. Because a scientific truth is not the whole truth but only part of it. Sure, a more general and comprehensive anthropological truth can’t be based on scientific falsities, but at the same time it can’t be reduced to scientific truths.

A Ptolemaic model had the benefit of describing a limited universe, and by this a nearer and more familiar universe for humans. And this fact gave pre-moderns a strong sense of cosmic rooting and belonging. With Copernicus and modern scientists, as Alexander Koyré argues in his famous work  “From the Closed World to the Infinite Universe”, the Universe became infinite – as it really is. But the existential effect of this scientific truth facilitated an increasing sense of rootlessness. Human rootlessness today is not only psychological or geographic, but starts by being cosmological. In other words, the Cosmic Space (Universe) was formerly better known but then became “Disenchanted”. The paradox is that we have “more cosmos” (more scientific knowledge) but “less cosmos” (less cosmological meaning).

2. The Disenchantment of Ecological Space

The scientific Rationalization process went on and, with Descartes, the Earth itself started to be considered predominantly through just one of its characteristics: measurement. Cartesian reductionism is the idea that all operational things, such as animals, trees and the earth itself, can be reduced to the mechanisms of its parts in operation. This would be similar to the way a clock marks the hours by means of the gears internal to its composition. In other words, the Space of nature itself was more precisely known but at the same time became “Disenchanted”. The paradox is that we have “more nature” (more scientific knowledge) but “less nature” (less ecological meaning).

3. The Disenchantment of Cultural Space

The Rationalization process also included the human-space. Non-place or nonplace (Non-Lieu) is a neologism coined by the French anthropologist Marc Augé in his work “Non-Places, introduction to an Anthropology of Supermodernity”. The term refers to anthropological spaces of transience, where the human beings remain anonymous and do not hold enough significance to be regarded as "places". Examples of non-places would be highways, hotel rooms, airports, shopping malls and modern cities, but it can also be modern churches and homes. The human Space itself is more precisely organized and efficient but at the same time has also become “Disenchanted”. The paradox is that we have “more human-spaces” (more organized spaces) but “less human-spaces” (less anthropological meaning).

4. The  Disenchantment of Adventist Sabbath

The Rationalization process has surreptitiously also touched Adventism and the Sabbath. Our Sabbath has thoroughly become functional, including mechanistic church attendance, aseptic sermons, impersonal singing, compulsive offerings and standard biblical quotations. This is a human aseptic Sabbath that, in its crudest form, has been reduced to merely chronologically keeping Saturday rather than Friday or Sunday. A qualitative assessment would show that our Sabbath is very often empty of human richness.

And, if some of the qualitative marks of the Sabbath are trust,  relationships and joy, we must admit that we Adventists are not particularly known by such qualities. Instead we are more generally known for being hard working, disciplined and organized people, but not by the essence of what the Sabbath really means: Trust. Trust in others, trust in life, trust in the future. We carefully keep the chronological form (seventh day) but have mostly overlooked the essence. And with this our Sabbath has become a religio-functional one, but is also a less enriching and inclusive Sabbath. And the paradox is that the many things we do and keep inventing to enhance the Sabbath paradoxically ends up disenchanting it even more. The remedy doesn’t cure the anomaly but radicalizes it. And the parody and grotesque caricature of this is the obsessive and even paranoid expectation of final events in which we are supposed to be persecuted for insisting on attending church on Sabbath. The critical question would be: will it be worth of going to jail for a such disenchanted Sabbath? We should have serious doubts about that.