A Spatial Theology of The Sabbath: Time over Space? (Part 1)

A Spatial Theology of The Sabbath: Time over Space? (Part 1) 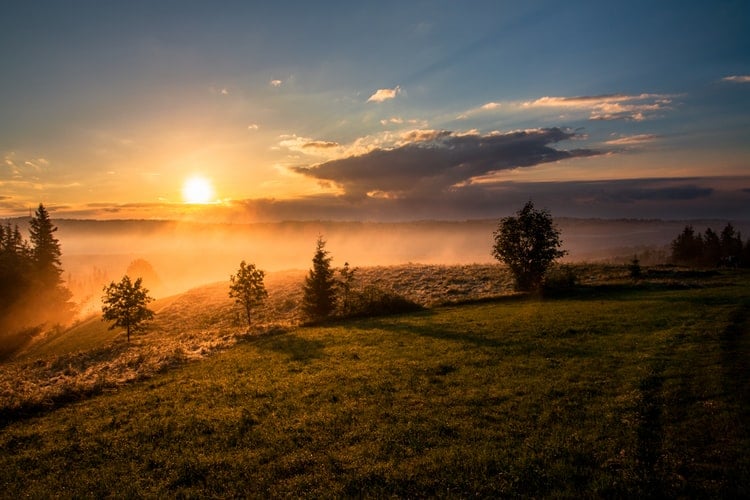 Sabbath is one of the major blessings God has given to humanity. We usually believe that it has been given only to believers, and to a particular subset – those who keep the Sabbath, i.e. to Adventists. This conclusion is evidently false for two reasons. First, it deforms the Sabbath by converting it into a transactional experience, the product of a moral contract. Instead, it really is a sign of grace, gratuity and freedom. The Sabbath unveils God’s refreshing presence as a reality which precedes what we do and who we are. Through the Sabbath we are noble respondants to a word that is prior to us. We are derived beings. We come after a founding intention which expresses a positive and affirming divine desire for life. Sabbath is the guarantee that we all are desired children – atheists or morally unreliable people included. In and through the Sabbath we are all well-born beings, before and independently of what we can reach professionally, ethically or religiously.

Second, it reduces the Sabbath to one of its forms, the noble but limited and unilateral Adventist Sabbath. The Adventist Sabbath certainly is a precious witness of God’s Sabbath but it cannot pretend to fully incarnate God’s original and multifaceted gift to all humanity. The Sabbath doesn’t belong to Adventism just as it doesn’t belong to Judiasm. The Sabbath is for everybody in a double sense. By Creation and by Election. It’s enough to be a created being in order to be blessed by the Sabbath’s richness. And it’s enough to be blessed in that primordial way in order to clearly perceive God’s universal election. In and through the Sabbath every created being is an elected being.

This tender life-affirming universalism of the Sabbath has very often paradoxically been obscured by those who pretended to uplift it. Nobody will question that Adventism is unique in purposefully and tenaciously calling attention to formal Sabbath-keeping. But at the same time many legitimately question whether Adventism positively incarnates this life-affirming universalism and its psychologically important by-products – such as peace, satisfaction, joy, trust or tolerance. In fact, the Adventist interpretation of the Sabbath is just that, an interpretation, not the reality of the Sabbath itself. We must not overlook this crucial difference.

Ours will never be God’s Sabbath, but only a well-intentioned and hopefully positive interpretation of a reality which is,  and always will be, bigger than us. We can just humbly be a witness to, but not the complete incarnation of, God’s Sabbath. Like the Bible itself, the Sabbath also is not Adventist – for two reasons. First, because it better preserves the Sabbath’s life-affirming universalism, not reducing it to transitory and circumstantial forms. Second, because it doesn’t legitimate as final and absolute what in reality is particular and relative. In fact Adventism has developed predominantly a moral and ecclesiocentric understanding of the Sabbath. This is both legitimate and positive. It has helped a lot of people, both Adventist and non-Adventist, discover the sacrality of the Sabbath. But the main negative collateral effect of this understanding resides in its structural emphasis which produces more exclusion than inclusion. Most notably by Adventists envisioning the Sabbath in radically exclusive terms as part of “last day”events. The Sabbath will be, according to the diffuse Adventist apocalyptic vulgata, the final sign of true exclusion. But it’s not a question of who keeps the chronological day better – enclosed in a concrete-walled-church, but rather who spreads its life-affirming universalism throughout the world, where an enriched life is continually threatened.

The main hypothesis of this series of articles will be that this life-affirming universalism of the Sabbath has been obscured and dismantled. But not by a purist, restrictive and unilateral interpretation, like that of Adventism. No, it is the predominant Western cultural view that has privileged the importance of time over space. Today the Western globalized understanding of reality expresses an inflexible dictatorship favoring the category of time at the expense of space. And Christian theology, which should have re-oriented and corrected this cultural trend as it emerged, has simply validated it with a biblical justification found in the transversal, recurrent and pivotal category of “History”. It seems that everything in biblical and theological studies is an expression of this omnipresent category.

Even the Sabbath is being used today, not to correct the temporal obsession of our culture and our modern religion, but to reinforce it as an innocuous, more temporally friendly alternative. But the biblical Sabbath a hybrid. It has a strong spatial as well as temporal dimension. The Sabbath is born with Creation, not the Ten Commandments. And Creation infers space. Creation is the biblical word for nature and cosmos, and conveys a double meaning. First, in opposition to its correlative category of nature, Creation is relational. It expresses a dependance. While nature poses itself as autonomous, Creation instead refers to the One who created it. Second, Creation is the biblical word for Space. A Space created and organized by God the Creator. In Creation we don’t have an absolute but rather a relational Space. It’s created by God but also inhabited by the beings created by God. In opposition to our modern understanding of space as a neutral and aseptic reality, God’s created Space is not neutral or aseptic. Its destiny is to be positively contaminated and inhabited by the species created by God.

Time without Space has lead the modern world to build a new kind of dualism. A temporal dualism of a time that represents the only dimension where  meaning can really emerge, against a devaluated space which only needs to be overcome because it is unable to offer a possible place for meaning. And the Sabbath, amputated of its inborn spatial component, seems to be swallowed by this perspective and to have lost its power of renewal. The unilateral  temporal Sabbath seems to have become part of the problem of this global temporal obsession that German sociologist Hartmunt Rosa calls “temporal alienation” or “Blind Acceleration”.

The dissociation of time from space has produced three harmful consequences that have broken up the life-affirming universalism which represents the heart of the Sabbath. These are constitutively linked to the category of space and will be examined in this series. This unbalanced and unilateral temporal Sabbath without Space has produced: first, an “anthropological exclusivism” which privileges the believer who keeps the Sabbath in contrast to others who are simply living life. Second, a “spiritual exclusivism” which privileges religion as a system of correct beliefs, vs. the ecological that defends life in its multiple manifestations. Third, a “theological exclusivism” which sees God exclusively in his power and omnipotence, over and against a flexible and “kenotic” God who gives away some of his prerogatives to his creatures. The Sabbath is the inclusive life-affirming gift of God to all his spacial creatures, who are challenged to advance into a future that always will remain linked to a blessed Space he has called Creation and whose memorial and distinctive song is the spatio-temporal Sabbath.