On Rejecting the Spirit of Prophecy 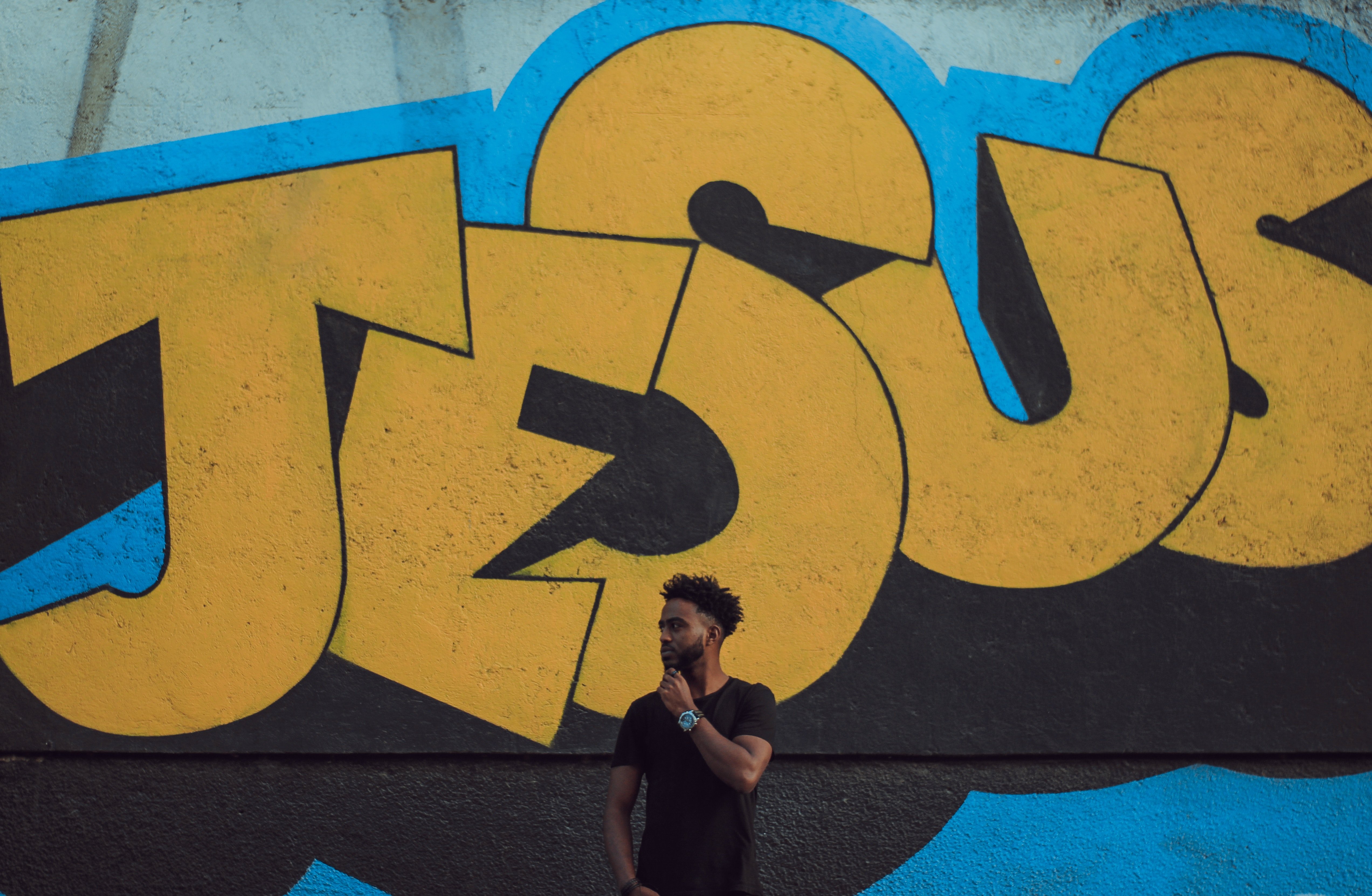 When a community misreads the Bible, it warps the Gospel, a little or a lot. When it misreads a signature Bible passage — one by which it defines itself — the damage is worse, and is also deeply inexcusable. Defining passages, after all, receive constant attention, so when misreading persists you wonder how such attention can be so unquestioning and self-satisfied.

Revelation 19:10 has been precious to Adventism from the beginning. The “testimony of Jesus,” it declares, “is the spirit of prophecy,” and this verse has usually been paired with the description of the remnant, in Revelation 12:17, as “those who keep the commandments of God and hold the testimony of Jesus.” For Adventists these words, taken together, evoke a movement shaped by the prophetic presence of Ellen White, and Ellen White’s ministry is what we have emphasized.

But if we actually attend to the Bible, we will see that, for Jesus, the spirit of prophecy was very much the spirit of the Hebrew prophets. Two compelling examples are Luke 4 and Matthew 11, where he invokes Isaiah as fundamental to his entire ministry. The first of these is a record of Jesus’ inaugural sermon. His vocation, Jesus declared, is “to bring good news to the poor.” God’s Spirit “has sent me to proclaim release to the captives and recovery of sight to the blind, to let the oppressed go free….” He was quoting Isaiah, one of the greatest of the prophets, and his identification with the prophetic tradition becomes clear again when, according to Matthew 11, the disciples of John the Baptist ask him if he is the “one who is to come.” Alluding again to Isaiah, Jesus “answered them, ‘Go and tell John what you hear and see: the blind receive their sight, the lame walk, the lepers are cleansed, the deaf hear, the dead are raised, and the poor have good news brought to them.’” Then Matthew himself, in chapter 12, declares that Jesus fulfills Isaiah 42:1-4. Part of what he quotes from Isaiah is this: “Here is my servant…he will proclaim justice to the Gentiles,” or “nations”; Matthew then says that Jesus will persevere “until he brings justice to victory.”

Although such echoes of Hebrew prophecy occur frequently in the Gospels, two recent episodes show unmistakably that both official and Americanized lay Adventism fail to grasp what this means. At Annual Council in October 2018, General Conference President Ted Wilson expressed disapproval for those who “overemphasize social issues while downplaying or neglecting biblical truth and its relevance for today’s society.” When precisely parsed, the sentence seems to deflate social concern into something minor and distracting. Do not let such a thing “overshadow” proclamation of “God’s last-day message,” the president said.

Whether or not he meant to go this far in his effort to keep all attention focused on “God’s last-day warning” instead of “social issues,” all nine presidents of historically black conferences in North America objected. The Gospel, they said in a statement, addresses “social injustices.” They could not, they said further, “condone, under any circumstances, any attempt to silence or demoralize any who seek to follow in the footsteps of the Savior who spoke on the issues of social injustice — ‘If you have done it unto the least of these you have done it unto me’ (Matthew 25:40). It is the Gospel of love that demands we speak from the pulpit to the streets and from the streets to anywhere where injustice is tolerated, and to be a voice for those who have no voice.”

These conference presidents sought and received a private meeting with the General Conference president, where, according to their report, he was cordial and allowed that he “could have found a better way of expressing what he was trying to say.” But he was not even trying to say what the New Testament declares, namely, that the concerns of the Hebrew prophets are central to Jesus’ entire testimony. During the American Civil Rights Movement, the White men at the church’s official magazine, then called the Review and Herald, claimed that concern for civil rights was an interruption of Adventist mission. Then, as now, Black Adventist ministers, among them the iconic E. E. Cleveland, objected. So what happened this past fall repeats what has happened before. White leaders tend to minimize, or ignore altogether, what the Hebrew prophets emphasize; Black leaders, or some of them, try to correct the oversight.

It seems clear that until official (and still largely White) Adventism repents of the constricted meaning it ascribes to Revelation 19:10, it will, with respect to justice and injustice, continue to falsify the Gospel. “For the testimony of Jesus is the spirit of prophecy” — this is a signature passage for us, and misrepresenting it is disastrous. The prophet Amos (5:16) even takes “justice in the gate” — institutional justice; justice at the political level — as a proper concern of the “remnant”; but such a convention-blasting remark continues to have little effect on official sensibility.  If a Black minister, Carlton P. Byrd, of the Oakwood University Church and the Breath of Life Telecast, has this very month affirmed Adventist social “activism,” our White General Conference president has again, this very month, defined Adventist mission as a “message,” not as prophetic engagement of poverty, injustice, and oppression.*

Since at least the time of the American Civil Rights Movement, a few Adventist scholars, pastors, and journalists (from a variety of races) have been attempting to nudge the church toward the embrace of Hebrew prophecy that Jesus himself epitomized. Just weeks ago, a pastor in the Netherlands, J. A. O’Rourke, chimed in with a heavily footnoted argument, replete with references to the prophets, for what he called a “theology of social justice.” It was published on this website, and comments on the article, some affirming and some not, climbed to more than 200. The first was entirely negative. The commenter, who entered the conversation numerous times, said that O’Rourke was reading Scripture through the lens of “Liberal-Socialism,” and that the “concept of social justice’” has little to do, in fact, with “treating others according to the principles of God’s laws.”

Although he had a political agenda familiar (or all too familiar) in the American context, this commenter did emphasize the Christian obligation to do, in the here and now, “the good works Jesus commanded us to do…” But the telltale point came in several remarks that would surely seem odd to anyone not steeped in official Adventism. Why, he wondered, all the preoccupation with “prophecy”? “Through almost my entire life,” he explained, “we’ve had an overwhelming emphasis on prophecy to the exclusion of actually doing” what Jesus wants us to do.

But Jesus himself emphasized prophecy, so what gives? The answer is that official Adventism has construed Revelation 19:10 as pointing exclusively to Ellen White — and to her reading, in particular, of last-day events. This is a misconstrual — prophecy is by no means merely predictive; it is divinely ordained speech against heedless power. The consequences of the misconstrual worsen, moreover, when official Adventism largely overlooks Ellen White’s own attunement to prophecy as passion for the poor, the brokenhearted, the captive and the bruised. Prophecy is about justice, and in prophetic perspective justice is bias for underdogs.  Ellen White got that.

The commenter who objected to J. A. O’Rourke’s argument may be assured that no contemporary take on social justice, whether socialist, libertarian, or otherwise, exactly replicates the biblical vision. That vision came to expression, after all, before modern political institutions were invented, and its applicability in today’s circumstances must stir us to urgent conversation, not cocksureness. But it is a gross betrayal of what Jesus stood for — a gross betrayal of the Gospel — to pretend that Revelation 19:10 or any other passage of Scripture exempts the church from obligations the Hebrew prophets put at the center of covenant responsibility. If we cannot interpret our eschatology in such a way as to buttress, not weaken, passion for social justice, we cannot legitimately call ourselves Christian, let alone indulge the fantasy that we, and we alone, are the bearers of God’s last word to the world.

Photo by Gift Habeshaw on Unsplash