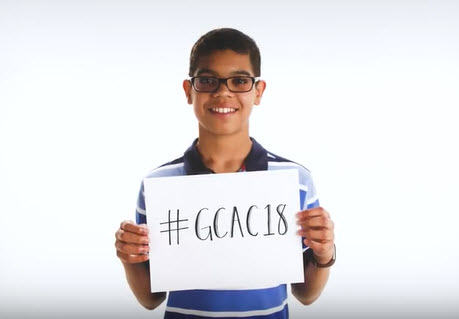 Anyone who follows my writing in this forum knows that, by a chance of fate, I write the column that posts on the morning of Thanksgiving. For the vast majority of my time as a columnist for this site, I attempted to eschew opinion writing on this day, opting instead for a message of peace, gratefulness, and togetherness. Last year I ended that tradition for reasons that were, and still are, very important to me. But two days ago the GC released a video related to women’s ordination, the subject of unity, and the idea of family, and I once again find myself believing that this space would be better spent providing thoughts about our church. To do anything else would be disingenuous on my part and a disservice to us all.

What follows are some reactions I had to a video released in response to the criticism raised by the outcome of this year’s Annual Council meeting. While there are several critical paths I could follow,1 I want to focus where thematic questions or critiques can be raised, in response to the arguments this video attempts to make. I will quote the video and leave time stamps as well.2 With one exception, I will follow the video chronologically.

“But one thing that doesn’t change….is our commitment and dedication to the message and mission of the Seventh-day Adventist Church. It is what makes us a family.” (0:36 – 0:52)

There are two things that bother me in this formulation. First, knowing that the issue is women’s ordination and (supposedly) unity, I find it interesting that so soon in the video we hear a connection to the message and mission of the church. I wonder what these people think the message and mission of the church is? I was under the impression that it was fulfilling the Great Commission. I guess it is possible to fashion a somewhat plausible argument that the red herring of unity is tangentially related to the spreading of the gospel; you can’t say that about women’s ordination. In fact, on several levels I think it is a stronger argument that the issue of women’s ordination is actually a detriment to the spreading of the gospel. Second, I want to raise a point of correction and clarification. “Our commitment and dedication to the message and mission of the Seventh-day Adventist Church” is not what makes us a family. The atonement of the Messiah, His counsel to us, and our discipleship are what make us a family. How presumptuous and arrogant of anyone to present anything else as the tie that binds.

“This has challenged our principle of staying together as a church family even when we disagree.” (2:40-2:50)

Recently I reviewed the tactics of great debaters and refamilarized myself with the concept of the “snuck premise.” This is a tactic debaters use to trick the opposition into arguing on their terms. They couch the terms of the debate so that it assumes the very thing that is at issue.3 How are these statements an example of a snuck premise? As it pertains to the issue of unity, the very thing being debated is whether unity requires uniformity on women’s ordination. Therefore to say that what is being done is “for the sake of unity,” or that support of women’s ordination “challenge[s] our principle of staying together,” unilaterally answers the question in debate. Unity may not necessarily mean uniformity and, if it doesn’t, then difference on this question would not challenge anything. The church could solve its unity problem by having more flexibility. The church leaders decided not to take this approach, and as a natural consequence created the lack of unity that they now bemoan.

This is an example of a distinction without a difference. “The road to Hell is paved with good intentions” exists as a cliché for a reason. Dress it up with whatever positive rationales one may desire, the fact of the matter is that the issues of control, politics, power, and conscience are inextricably bound to this question. Anyone who seeks to be dismissive of these issues is sticking their head in the sand. How refreshing it would be for our church to face these issues directly instead of obfuscating the matter with propaganda.

I could be wrong, but this smacks of facetiousness to me. The General Conference leadership has made their position on this issue very clear. Therefore, I think it is reasonable to assume that if the pro-women’s ordination advocates carried the day, no one in GC leadership would be calling for us to press together and support a decision they thought was wrong.

This is fascinating because of the juxtaposition and division it creates between those who are against women’s ordination (the speakers and people behind the video) and those who support women’s ordination. The implication is clear – those who support women’s ordination are not fulfilling Christ’s prayer for unity. They don’t believe in unity and brotherly love, and they don’t support the church. This is the last statement of the video and the final question establishes the line in the sand. You’re either with them – the people who are seeking to break apart the church – or you’re with us – the ones who believe in unity, brotherly love, and supporting the Adventist Church. I can’t tell you how much it saddens me to see the leadership of our church resort to these types of heavy-handed tactics.

The last quote is something mentioned for the first time twenty-two seconds into the video and several more times throughout – “We are a family.” I used to believe this, but unfortunately this year I am not as sure. For these last few years I watched my church ignore the collective calling of God on the lives of our women pastors, relegating them to a second-class status based on their sex.4 I don’t think anyone would say that a family is well-functioning if we treat members this way. This Thanksgiving I give thanks for the women who elevate their calling above the disrespect shown them by their “family.” We don’t deserve your faithfulness, but I am grateful for the grace you show us every time you stand to fulfill your call. God bless you all.

1. For example, I could be critical of the optics used in the video, whether we focus on the diversity of the speakers, the use of women, or the use of children. I could also be critical of the arguments raised in either a theological or political way. I may do that in some small ways throughout this piece, but I want to focus on some implicit and explicit issues raised by the words used in the video itself. Hence I describe it as a thematic critique.

3. Here is a common example of a snuck premise. In an abortion debate, when a pro-life advocate continually describes abortion as murder, they are attempting a snuck premise. The very issue in the abortion debate is whether abortion is murder. As such, it should not be described as murder because to do so would be to presume the answer to the question at the heart of the matter.