Tithing Is Not Really Stewardship 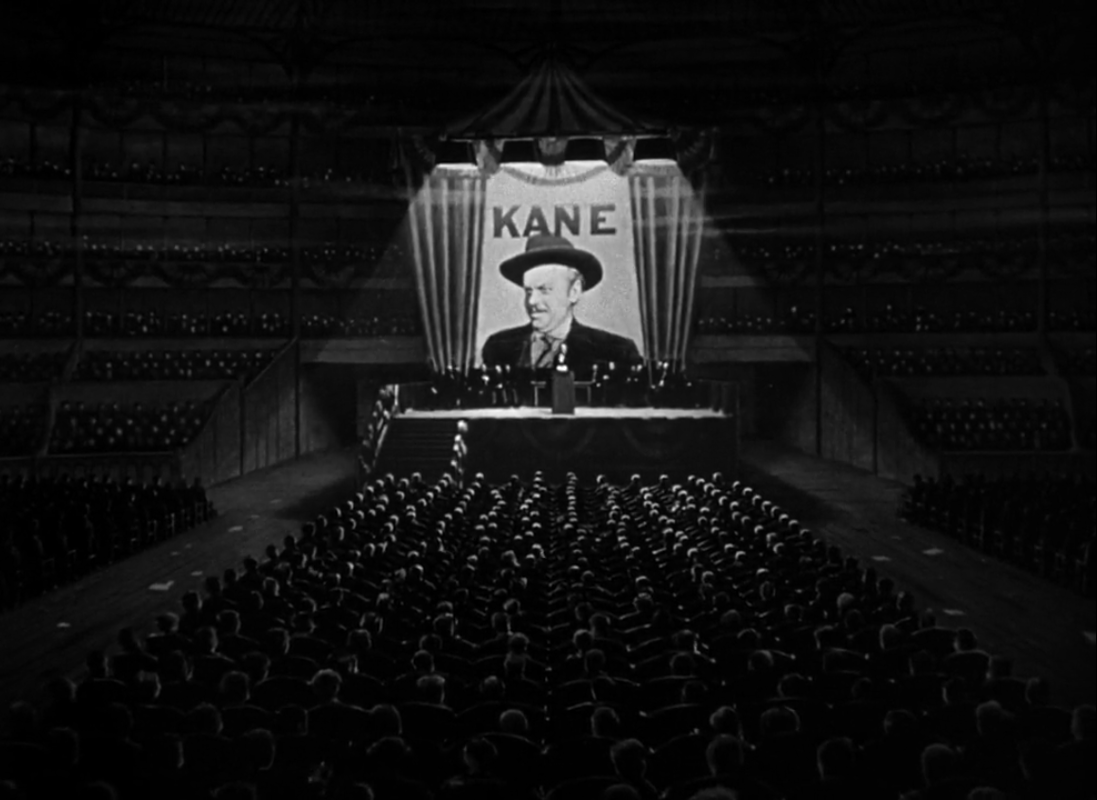 Last night, after my annual screening of Citizen Kane (1941) for a class at Pacific Union College, we had a surprise discussion about stewardship. A student noted the obscene amount of objects that the powerful and very wealthy Charles Foster Kane collects throughout his life. Unused, they pile up in warehouse-sized rooms in his Xanadu house, and during the final moments of the film, after his death, workers toss Kane’s stuff into a fiery furnace. While key characters debate the meaning of Kane’s life, much of what he valued literally goes up in smoke.

The film provoked a conversation about ecology. The prefix derives from the Greek word for “house” (oikos). While it often refers to the biological, the connotation of the ecological includes our large systemic relationships, like a caring for a large, multi-family household.

Last week, the Adult Bible Study Guide used “family of God” language to explain the concept of human stewardship. It discussed the resources available to us and our responsibilities. Unfortunately, the lesson does not actually explain the meaning of stewardship. The biblical Hebrew phrase (’ăšer) ’al-habbayit means “the one over the house.” A steward is an administrative position. Potipher’s steward was Joseph. As his influence grew in Egypt, Joseph then had a steward of his own (Gen. 44). A lot of the Bible is about power and wealth. All too often, the lesson downplays the biblical as it plays up the inspirational. Being part of the family of God is not just about a sense of belonging—it’s also about ethical management. Administrating the multi-family of God concerns the entire ecology of global relationships.

This week, the quarterly switches to emphasizing a one-to-one covenant relationship between God and you. If you obey the divine will, you will be blessed. This becomes very explicit on Wednesday when we begin the tithe conversation. I’m sorry. It’s “The Tithe Contract”:

There is a close spiritual connection between the practice of tithing and our relationship to God. The Israelites prospered when they obeyed God and were faithful in tithing. In contrast, they fell on hard times when they didn’t. They seemed to follow a cycle of obedience and prosperity, and then disobedience and problems. It was during one of these periods of unfaithfulness that God, through the prophet Malachi, proposed a bilateral contract with His people.

But as historian Brian Strayer pointed out in his 2018 Spectrum article, this Malachi tithe contract idea has a complicated history. Early Adventists gave 10% on their annual increase in value, which amounted to about a 1% of income tithe. But the financial turmoil of the 1870s created a climate for change.

Paradoxically, although James White in April of 1861 had rejected “the Israelitish tithing system” as “God’s plan of the Levitical priesthood,” but not applicable to Adventists today, the Panic of 1873 forced him and other leaders to revisit the Old Testament. In a series of articles in the Review in the spring of 1876, Dudley M. Canright now called Malachi 3:8-11 “The Bible Plan of supporting the Ministry.” “God requires that a tithe, or one-tenth, of all the income of his people shall be given to support his servants in their labors,” he wrote. “Notice,” he added, “the Lord does not say you should give me a tenth, but he says one-tenth is the Lord’s.” Therefore, since the tithe already belonged to God, believers merely returned it to Him.

With the stroke of his pen, Canright thus reversed all previous Adventist thinking on tithing. Believers do not pay the tithe as a “church tax,” but return it to God as His own. Furthermore, they should not give one-tenth of their increase from one year to the next, but one-tenth of their total annual income. Moreover, Canright and Ellen White now changed the focus of tithing rhetoric in Church papers. They emphasized the divine blessings received by the generous giver. They highlighted items such as tea, coffee, tobacco, alcohol, dances, the theater, and jewelry which Adventists willingly avoided, thus saving thousands of dollars annually that could be donated to the cause of Present Truth. During the 1880s, Adventists everywhere adopted the full tithing plan (except for the saints in Arkansas, who were still following the Systematic Benevolence Plan in the late 1890s). But Ellen White repeatedly stated in her Testimonies that by whatever name it was called, “Systematic Benevolence [or Tithing] should not be made systematic compulsion.”

The Great Depression again created change, in this case making power in the church contingent on tithing.

During the Great Depression, as the Adventist Church experienced significant reductions in financial support, leaders’ rhetoric regarding tithes and offerings became ever more detailed and didactic. In 1932, the nadir of the Depression, the first Church Manual was published. It emphasized for the first time the duties of local church leaders to be tithe payers. “A man [sic] who fails to set an example in this matter should not be elected to the position of elder,” it stated, adding that “all church officers should be tithe payers.” While the Manual agreed that tithe paying “is not held as a test of fellowship,” those “conference workers and church elders and other officers and institutional leaders who failed to pay tithe, should not be continued in office.” In fact, in 1951 the Manual mandated that church leaders who failed to be faithful tithe payers must not only be expelled from the office of local elder, but also barred from any other church offices. Three years later, the Manual for Ministers tightened the noose around non-tithe-paying workers’ necks by stipulating that “no worker shall be continued in denominational employment who is found to be unfaithful in tithe paying, nor shall he [sic] be transferred to another conference unless he [sic] reforms.”

In 1932, for the first time, tithing entered the roster of “Fundamental Beliefs.” Number 18 stated:

That the divine principle of tithes and offerings for the support of the gospel is an acknowledgement of God’s ownership in our lives, and that we are stewards who must render account to Him of all that He has committed to our possession.

It is significant to see how being a steward of God becomes so narrowly defined in Adventism. From the biblical model of managing the whole house of God, the church’s theology moves to something like a pay-to-play system. Has this shift from the multi-dimensional administrative responsibility of the biblical stewardship model to a tax collection and entry fee model affected the ethical framework of Adventist leaders? Are they thinking eco-logically? As secularism grows around the world, perhaps a deeper belief in stewardship might help our spiritual malaise. Less Kane-sian collecting and more caring for our global house: a thecology.