Does the Bible Support a “Tithing Contract”? 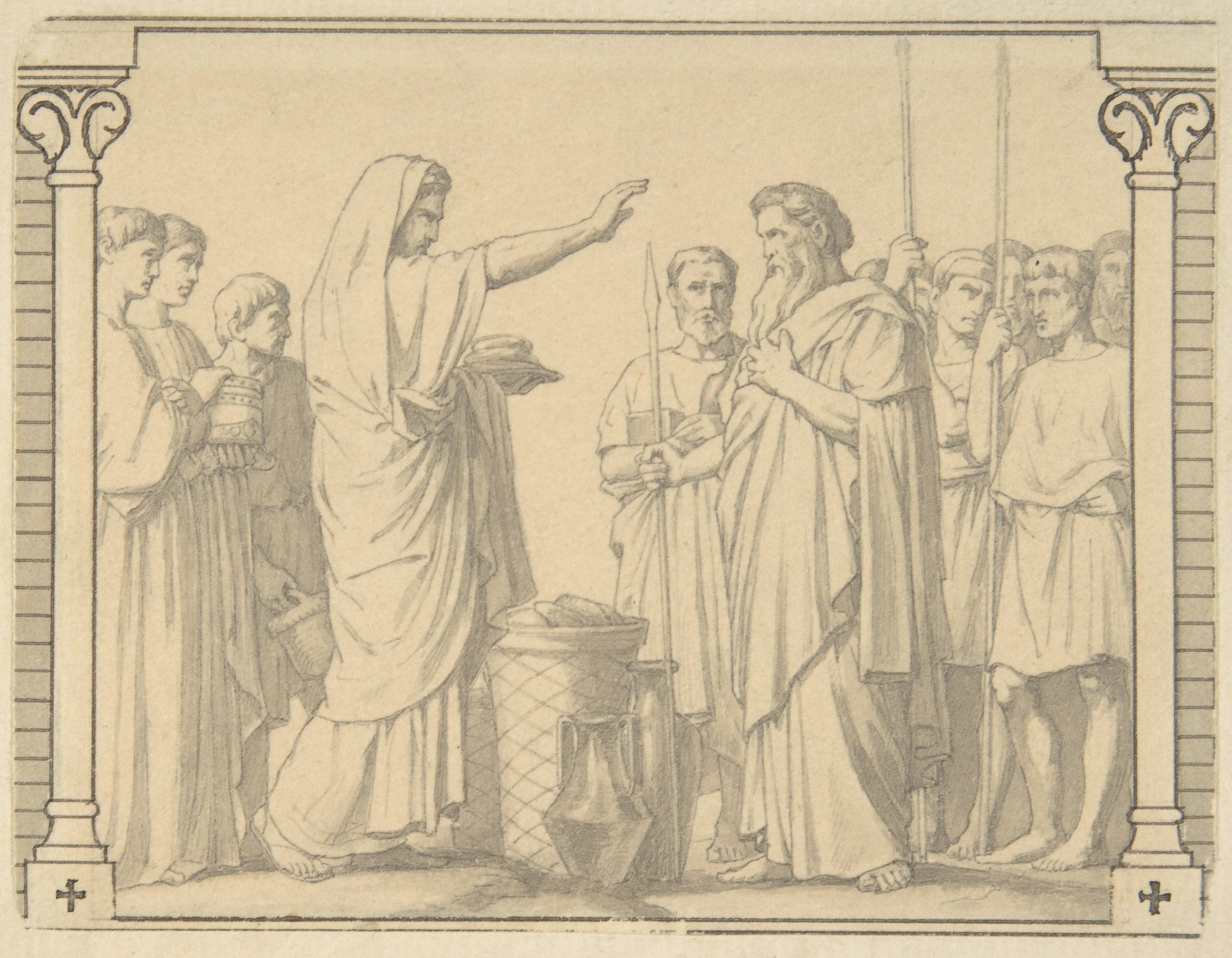 What the Adventist Church teaches about tithing and what the Bible says about tithes are two different concepts. This week’s Adult Bible Study Guide lesson attempts to use references to tithing in the Bible in order to legitimize a doctrine focused on giving 10 percent of one’s gross income to God via a denomination. (Please do not misunderstand my intention here. I do believe that Christians should give generously, sacrificially, and regularly in support of the ministry and other needs of their local congregations.)

There Were 3 Separate Tithes in the Mosaic Law

In the Mosaic law, God commanded Israelite landowners and herdsmen within Israel's borders to give three tithes. The first was for the support of the Levites and Aaronic priesthood (Num. 18), the second was for national religious festivals and was eaten by all (Deut. 12:1–19 and 14:22–26), and the third was every third year for the poor, which included the Levites (who were considered poor because they had no inheritance) and the foreigners (Deut. 14:28–29 and 26:12–13). No tithe was collected every seventh year because no crops were planted.

If the poor were landless and did not own 10 or more animals, they were exempt from tithing and were recipients of the charity tithe. They were also allowed to glean in other people’s fields for food.

In contrast, the Adventist Church advocates for only a singular tithe of 10 percent of one’s income.

Tithing Was Not Monetary, Did Not Apply to Everybody, and Was Not Based on Income

God did command tithing in the Mosaic law, but not from all Israelites. Notice that in Leviticus 27, the products that are liable to tithing are all connected to the land of Israel. In Leviticus 27:30–33, Moses mentions grain, fruit, and animals from the herd or flock. He never mentions income earned from other enterprises, like from those who worked with metal (Gen. 4:22) or from those who were builders. Though Israel was primarily an agricultural society, it was not solely agricultural.

According to Russell Earl Kelly, firstfruits and tithes are different (Neh. 12:44). He writes,

In God's Word, firstfruits and firstborn are never the same thing as tithes. Firstfruits were the first wave-sheaf of the whole harvest, not the best (Lev. 23:10); in addition to the tithe, they were the "first offspring of your herds and flocks," not the best (Deut. 12:7). Unlike the food-tithe, it was a very small token amount of the first crops harvested and was small enough to fit into a hand-held basket (Deut. 26:1-10). Firstfruits were a very small token offering—like a handful of grapes or olives. And, like tithes, first-fruits and first-born were always only food from inside God's holy land of Israel. In Nehemiah 10:35-37a first-fruits and first-born offerings went directly to the Temple and were required to be totally consumed by ministering priests only inside the Temple. While the Levites ate only the tithe, the priests could also eat from the first-fruits, first-born offerings and other offerings. All of this is very clear from God's Word.

Why Did the Lesson Not Point Out That Biblical Tithing Was Not a Universal Command?

Malachi 3 is referenced in last week’s lesson on Wednesday and Friday and in this week’s lesson on Sabbath, Monday, Thursday, and Friday. Clearly it is central to the whole church’s argument for requiring a faithful tithe. But we need to ask ourselves a few questions about the use of this passage and how it applies to us today.

To Whom Is Malachi Addressed?

Malachi is specifically addressed to Israel (1:1). Notice also that the passage on tithes in Leviticus 27:30–34 (referenced on Tuesday), specifies the same: “These are the commands the Lord gave Moses at Mount Sinai for the Israelites” (verse 34).

No sincere believer wants to be accused of robbing God. But how does this passage apply to Christians today? If a believer supports charitable causes through freewill offerings but does not practice the charity tithe every three years, is this person robbing God? How about the festival tithe? How can one fulfill these obligations today? We could say that it is different now because the temple is no more. But would that not be the same in regards to the Levitical-priestly tithe, since they no longer exist? And if a Christian supports Christian ministry only through freewill offerings, are they robbing God?

The “offerings” in Malachi 3:8 were not optional; they, too, were required as described in the Law and were used to support the temple staff. How would that apply to Christians today?

Is the Old Covenant “Tithing Contract” with the Israelites Applicable to New Covenant Believers?

We know from the book of Hebrews and elsewhere in the New Testament that not everything in the Mosaic law applies to us. Since the tithes and offerings referenced there concern the Levitical priesthood that no longer exists, the blessings and curses in Malachi 3 have nothing to do with believers today.

The blessings and curses of Deuteronomy 28 were in full effect when God spoke those words in Malachi 3. Russell Earl Kelly states:

But Hebrews 8:6-8 demonstrates that Christians are not under the old covenant.

How Do We Interpret the Blessings Today?

God promises actual rain. This kept the devourer—locusts, other insects, rodents—from eating Israelite crops and the vines from casting their fruit. These are agrarian-based blessings to a mostly agrarian society. But Israel was not purely agrarian. So, what is God actually promising to the believer today? Is it financial, or something else? Are we advocating a type of “prosperity” gospel? Consider the following quote from last week’s lesson on Friday:

“Whenever God’s people, in any period of the world, have cheerfully and willingly carried out His plan in systematic benevolence [tithing] and in gifts and offerings, they have realized the standing promise that prosperity should attend all their labors just in proportion as they obeyed His requirements. When they acknowledged the claims of God and complied with His requirements, honoring Him with their substance, their barns were filled with plenty.”—Ellen G. White, Testimonies for the Church, vol. 3, p. 395.

And yet, the lesson seems to acknowledge the possibility that the promise of prosperity may not always be the case—notice the question at the end of last week’s Tuesday lesson.

How, though, do we learn to trust God and in His promises during hard financial times when, even while we are seeking to be faithful, the barns and vats are not full?

We should beware of using Malachi 3 to entice poor people to give beyond their means by promising that they will be blessed financially by doing so. They will indeed be blessed by God, but not necessarily financially or to the point of lifting them out of their poverty. Russell Earl Kelly writes,

Churches showcase success stories but fail to mention the testimonies of those who have tithed for generations without escaping poverty. Today the very lowest income class pays the largest percentage to charity. Yet most remain in poverty. Meanwhile many atheists become wealthy by simply following principles of money management which also makes many tithers successful. Neither the lottery, nor the tithe is a magic get-rich-quick answer to replace education, determination and hard work. If Malachi 3:10 really worked for New Covenant Christians, millions of poor tithing Christians would have escaped poverty and would have become the wealthiest group of people in the world instead of remaining the poorest group. There is no evidence that the vast majority of poor tithe-payers are ever blessed financially merely because they tithe.

In Tithing After the Cross: A Refutation of the Top Arguments for Tithing and New Paradigm for Giving, David Croteau writes:

Has anyone who faithfully tithed gone bankrupt? Absolutely! There are many news stories on the internet explaining how certain individuals have gone bankrupt while tithing . . . So many have had this issue of going bankrupt while tithing that the [US] federal government has been wrestling with how to adjudicate this situation. President Clinton signed the Religious Liberty and Charitable Donation Protection Act in 1998 to allow those who are bankrupt to continue tithing. But a 2005 law overturned that decision: The Bankruptcy Abuse Prevention and Consumer Protection Act. The fact that the [US] federal government has had to monitor this so much demonstrates that this is not a rare situation.

Can We Equate the “Storehouse” in Malachi 3 with the Seventh-Day Adventist Denominational Treasury?

The storehouse was not the temple itself. It was not a reference to church treasuries. It was an actual building used to store the crops and livestock that the Levites received when tithes and offerings were brought to Jerusalem. The storehouse is not referenced in the Mosaic law. It is first mentioned in 2 Chronicles 31:10–12 and was a barn-like structure built near the temple. Since only crops and livestock from the land of Israel were tithed, and money was never tithed, how can that apply to the church treasury today?

The underlying assumption is that the tithing of the patriarchs and that described in the Mosaic law were of the same nature. Notice some of the differences as delineated by Croteau (referenced above):

Abram is described as giving a tithe one time in his life; the Mosaic law describes tithing as a consistent, systematic practice. If Abram tithed consistently, it is unknown to whom he would have given his tithe . . . Abram voluntarily gave his tithe. Tithing is mandatory under the Mosaic law . . . Abram did not give the tithe from his possessions, but from the war booty (cf. Hebrews 7:4). Tithing in the Mosaic law was from the increase of possessions connected to the land of Israel: crops and cattle. Also, the Mosaic law did prescribe a mandatory giving from war booty: one out of every five hundred of the spoils (Numbers 31:27–29) . . . Abraham gave 10 percent to Melchizedek. Because of the multiple tithes described in the Mosaic law, tithing was at least 20 percent per year for Israelites.”

As for Jacob, he is hardly exemplary in this story. He is not acting in faith. God makes promises to him and he in turn says that if God sticks with him and brings him back to Bethel, then he will give God a tenth. Did Jacob fulfill his vow? We assume he did. If Jacob believed tithing to be a law from God, why would he have put a condition on obeying it?

Abraham and Jacob’s practices of tithing are not consistent with the tithing practices advocated by the Adventist doctrine. Therefore, they offer no supporting evidence for it.

Why Does Hebrews 7:1–10 Reference the Abraham Tithing Story?

In essence, the preacher or author of Hebrews is arguing the case for the superior order of Melchizedek’s priesthood in order to justify calling Jesus, a non-Levite, a priest. According to The Baker Illustrated Bible Handbook (see p. 915),

The author of Hebrews was not attempting to argue for a continuation of the practice of tithing.

In light of the disparity between what the Adventist Church teaches about tithing and what the Bible teaches, I think the church would be more in line with biblical teachings by promoting Paul’s advice for Christians in 2 Corinthians 8 and 9. Give out of love: freely, sacrificially, generously, regularly, and joyfully.

Yvon Caza lives in Ponoka, AB, Canada, and has been married to Judy for 42 years. Yvon is a retired licensed practical nurse and leads out in small group Bible studies on Zoom.