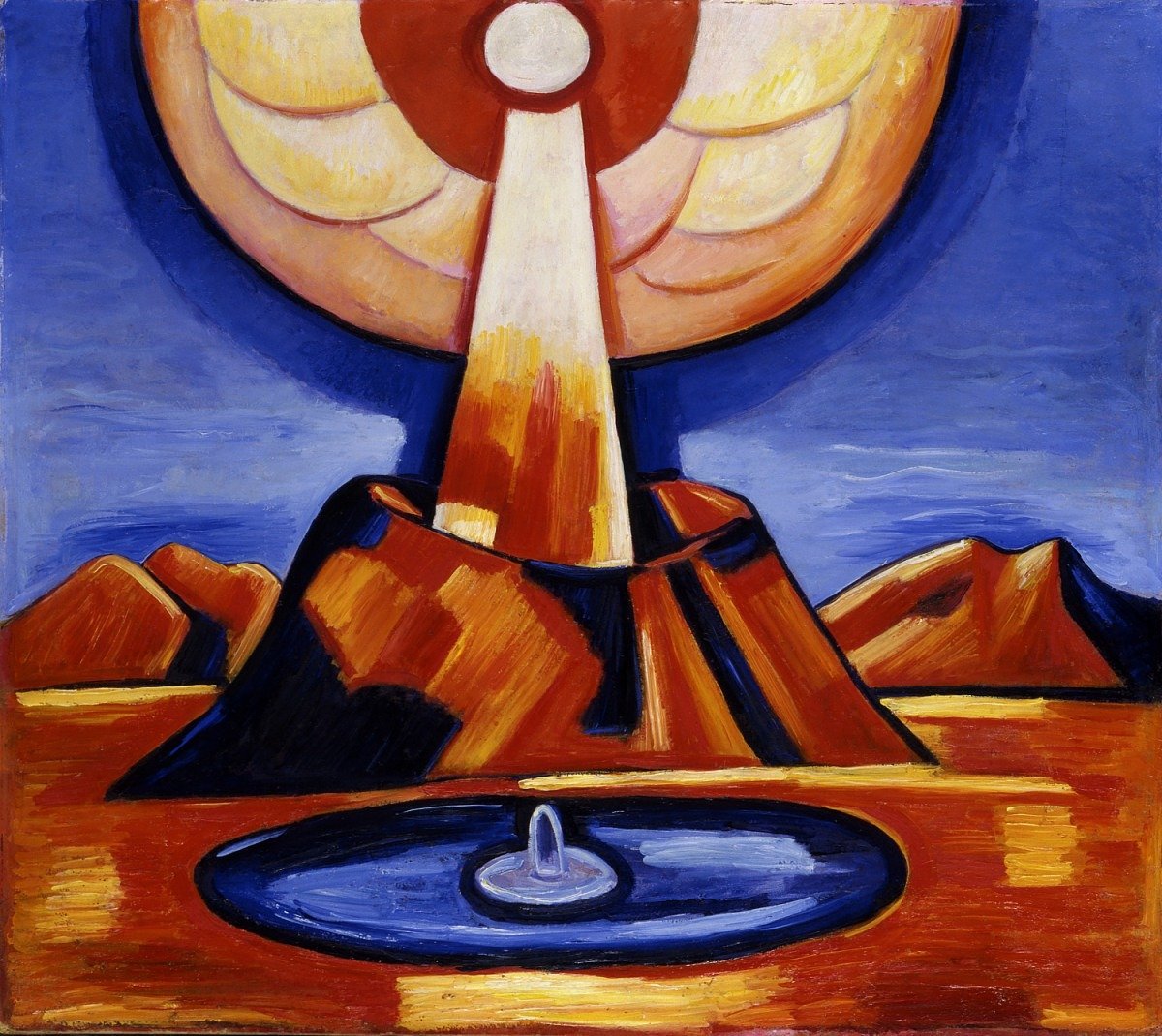 During this week, we will consider some end-time deceptions, including mysticism, near-death experiences, reincarnation, necromancy and ancestor worship, and others. These are dangerous subjects that we should be aware of but without exposing ourselves to their influences.

The whole lesson reads like a grab bag of perceived spiritualist heresies. As such, it does provide coherence as a study, as each day’s topic is defined and addressed with some interesting statements.

The word “mysticism” is a complex term that encapsulates a huge variety of ideas. From a religious perspective, the word implies the union of the individual with the Divine or Absolute in some kind of spiritual experience or trance. This characterizes the worship experience even of certain churches. The phenomena can vary in form and intensity, but the tendency always is to replace the authority of the Written Word of God with one’s own subjective experiences. In any case, the Bible loses much of its doctrinal function, and the Christian remains vulnerable to his or her own experiences.

I don’t agree with the “always” a “replacement” argument here, but its point is clear. It can easily be obviated by a passing knowledge of the long tradition of Judeo-Christian mystics in the prophetic tradition who not only connected subjectively with the divine but literally contributed books to the biblical canon. Paul was converted by a mystical experience on the road to Damascus. But the evidence peppers the Hebrew scriptures as well. See Ezekiel and Daniel.

This report on a University of St Andrews New Testament research seminar by N.T. Wright, on “Apocalyptic and Mysticism,” introduces some threads for further study. A book-by-book approach to the Bible clearly complicates the lesson’s ahistorical “mysticism or the Bible” dualism.

In the Second Temple period, we see the expression of a need for a “New Exodus.” We read in Ezekiel 10 of how the Glory/Kavod leaves the Temple in Jerusalem and in Ezekiel 43, we see the return of the Kavod to the future ideal temple. Ezekiel became the prototype for Apocalyptic and Mystical speculation. This thinking is developed further in Daniel, where we see Daniel praying to receive revelation from God. Although heaven and earth have been made separate because of the absence of the Presence from the Temple, God can still be accessed by the righteous. Daniel’s visions reveal that God will return and overcome the kings of the nations and become King of the whole world. Daniel 7 shows God sitting in judgment over the wicked nations and the arrival of the establishment of the Kingdom of God on earth.

For Wright, Apocalyptic and Mysticism arise from this sense of Yahweh’s absence. God’s natural state, Wright argues, was to be living with his people. Heaven and Earth were supposed to be united in the temple. During this period when God was not present in his Temple, believers nurtured a desire to re-connect with the divine. This return to unity with God, for Wright, is a type of personal inaugurated eschatology. Their meditation on the Merkavah allowed them to see the eschatological hope in the present. Ways were found to bring heaven and earth together again—mystical practice, strict adherence to Torah, etc. Again, this was not merely a fringe movement, but stems out of central features of the Jewish world-view.

Returning to the ABSG, another point it makes, “replace the authority of the Written Word of God with one’s own subjective experiences,” also needs some attention. Let’s add an application of sectarian self-awareness. First, this subjective reader response happens in seminary classrooms, theological tomes, and even in the Sabbath school quarterly. It can be a healthy way of finding meaning in the text. Additionally, beyond today, it definitely happened with Adventism’s own pioneers 180 years ago. I’ve been reading (and discussing on our podcast) Don Casebolt’s new book, Father Miller’s Daughter: Ellen Harmon White (2022). Casebolt makes an evidence-filled argument that the early White drew on her subjective gifts to endorse a string of absolutely indefensible proofs for the 1843 advent and beyond. This is not just about the 2,300 days. But the methodology is the same: an eisegetical, allegorical hermeneutic that linked random words from various biblical books and genres to “prove” 15 different ways that Jesus would return in 1843. As Casebolt shows in his book, White continued to defend Miller and this method for decades afterward.

But both Miller and White were products of their time. They both believed they could rationalize faith and apply an Enlightenment-clone, pseudoscientific methodology to sacred scripture. One could argue that the mature White moved away from focusing on the trees and embraced the larger forest of faith, recognizing the Bible as the written history of humans searching for ultimate meaning. In this 33-minute talk, Richard Rohr clearly does. He offers “a concise history of how Western Christianity once had, soon lost, tried to retrieve, and now is roundly rediscovering” the mystical tradition.

A summary of Rohr’s talk includes:

The Christian contemplative mind was usually a subtext, and yet it was always clearly there too, and much closer to the surface, but only for those exposed to the mystical base that was revealed in the Gospel of John, the Desert Fathers and Mothers, the Celtic and monastic traditions, and what was generally referred to as the apophatic or wisdom stream of Christianity. These were our many saints and mystics. This possibility was brought to the fore by Thomas Merton in the middle of the last century, and is now flowing in many positive directions. It is now our task to rediscover the pre-Enlightenment Christianity that reveled in "the cloud of unknowing", what some called "learned ignorance", and the very notion of Mystery itself. Only when we got into competition with rationalism and secularism, did we adopt this rather recent mania for certitude and a very limited kind of scientific knowing. Almost the entire history of Protestantism emerged in this period, and thus the contemplative mind is an utterly new revelation for them, and frankly for all of us, as we again learn to be comfortable living on the edge of both the knowable and the unknown.