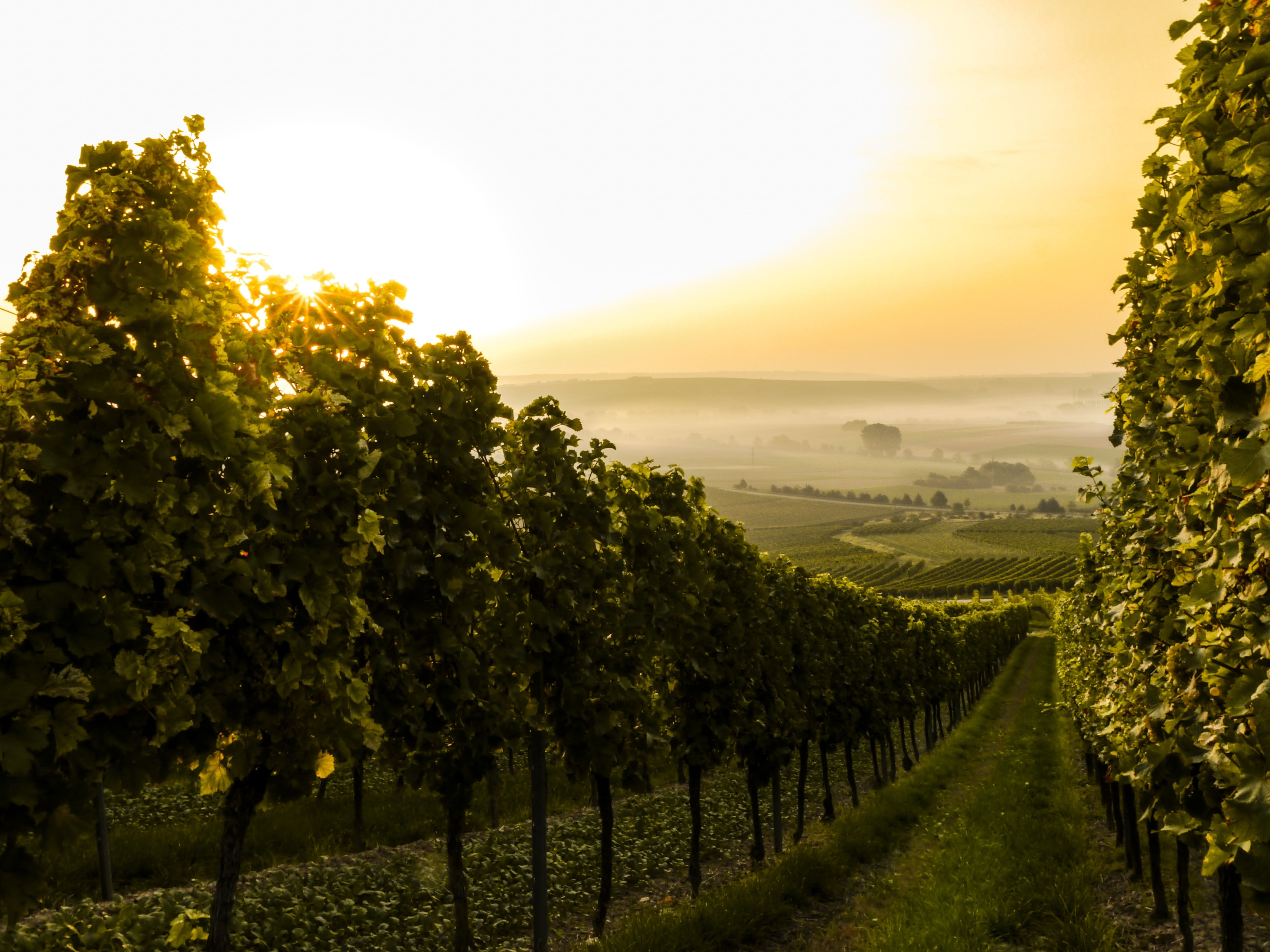 The book of Isaiah identifies the author as Isaiah, son of Amoz (cf. 1:1). According to Jewish tradition, Amoz was a brother to King Amaziah (796-767 BC). Amaziah was the father of Uzziah; thus, the prophet Isaiah was the first cousin of King Uzziah. He ministered at the courts of the King and had at least two sons: Shear-Jashub, meaning “a remnant shall return” (Isa 7:3), and Maher-Shalal-Hash-Baz, literally “swift is booty, speedy is prey” (Isa 8:3).

The reign of Uzziah was drawing to a close, and Jotham was already bearing many of the burdens of state, when Isaiah, of the royal line, was called, while yet a young man, to the prophetic mission.[1]

The book of Isaiah begins by introducing the concept that the once favored and chosen people of the Lord, Israel, have rejected the Lord as their God, and gone astray from the true Gospel. He begins his message by the words “Hear, O heavens, and give ear, O earth” (Isa 1:2a).

Concerning the phrase “heaven and earth,” Isaiah draws on theological themes in the covenant traditions from the book of Deuteronomy. The heavens and the earth are invoked to be witnesses against the people as a way of emphasis. The invocation of the “heavens and the earth as witnesses was an ancient custom in covenant from Sefire and in Hittite treaties.”[2] In the words of J. Edward Owens and Daniel Durken, heaven and earth are “powerful and potentially violent forces in creation will mete out retributive justice on the noncompliant party.”[3] Both are called to witness against covenant offenders.

The accusations the Prophet brings against God’s people are in the style of the procedure adopted following a covenant breach (Hebrew rîb). The occupants of the universe are witnesses (cf. Deut 32:1; 4:26; 30:19; 31:28). The indictment is rebellion.

In verse 4, the Prophet addresses the “collective national sins” of Judah—“sinful nation” (Isa 1:4a). If the sin of Achan (means trouble), the son of Carmi caused destruction to the whole people (Josh 7:11), how much more would the whole nation deviate to evil? Achan’s sin caused the removal of God’s blessings; in return, thirty-six men died in battle. Corruption spread to the priests as well as the people, the honorable ones as well as the common people, so the need for a collective return to God became just as urgent as it did for the people of Nineveh.[4] The people were called the “holy nation,” but they isolated themselves from the “holy one” and bore a trait, “the sinful nation,” using the Hebrew word goi, which is a special expression for nations not clinging to God. It seemed as if this nation had deviated from its goal and to enter the clan of nations alien to God.

The nation was “laden with iniquity,” they forgot God as the source of all good gifts. Under the weight of sin, the soul bends until it sinks, as in the waters of the world, bearing the nature of the world, not the nature of heaven. It was said about Pharaoh and his soldiers, “they sank like lead in the mighty waters.” (Exod 15:10); it was said about evil and backslidden Israel, an angel thrust her into a basket “threw the lead cover over its mouth” (Zech 5:8b).

In chapter 1:10-15, Isaiah condemned the empty ritual; Isaiah mentions seven (actually good) features of Israelite religion: first, sacrifice (zâbâh); second, burnt offering (‘olâh); third, cereal offering (minhâh); fourth, new moon festival (hodesh)—took place monthly; fifth, sabbaths (shabbât)—a reference to a lunar day festival and not the weekly Sabbath; sixth, appointed yearly feasts (mô‘ed); and seventh, prayer (tepillâh). “Ritual and ceremony are without meaning when righteousness is lacking. God made it clear the formal observance of the sacred days He Himself had commanded was offensive when obedience was lacking.”[5] In other words, religious ceremonies or rituals are empty unless they are performed with an attitude of love and obedience.

In response to their rotten rituals, God called His people to perform nine imperatives of what He desires from His people (vss. 16-17). The simple short imperatives are “wash,” “make,” “put away,” “cease,” “learn,” “seek,” “rebuke,” “defend,” and “plead.” These imperatives offer a list of commands, exhortations, prohibitions, and desires for the Judeans to forsake their evil ways and turn to God by abandoning their rotten rituals previously mentioned.

Isaiah offers two reasons to try and convince the people to repent (1:18-20). Apart from God promising to forgive the Judeans (vs. 18), He offers two contrasting destines for those who do not respond positively to His message. Verse 19-20 states:

If you are willing and obedient,

You shall eat [to’klu] the good of the land;

But if you refuse and rebel,

You shall be devoured [te’ukelu] by the sword”; and

For the mouth of the Lord has spoken.

The use of the Hebrew word ‘akal (to eat) between verses 19-20 is worthy of notice. In verse 19 the words, “you shall eat [to’klu]” are in active voice. However, in verse 20 “you shall be devoured [te’ukelu]” is in a passive voice, suggesting that the Judeans have an option to either “eat” or “to be eaten.” If they are disobedient, based on their own choices, then, they will receive a divine curse—they will be devoured by the sword of the Assyria. On the contrary, if they choose to be obedient, they will receive divine blessings. They will eat of the abounding blessings that await the faithful. The Judeans must choose either to serve God or to follow their own desires (cf. Matt 6:24). The choices of the people will determine their eternal fate. Now, the aspect of eating was a central motivation for obedience among the first generation of Israelites in the land of Canaan. It may not be surprising, then, that verse 19 associates itself with the abundance of eating from within the context of a new faithful Zion (vss. 21-26). Hence, “imperial and covenantal ideals intersect here in the use of food to motivate repentance.”[6]

In Isaiah chapter 5, the Prophet uses a “Song of the Vineyard” a “Love-Song,” as some scholars have called it. This love-song is in the form of a parable and is an indictment against a betrayed lover. This poem is about “tender love and bitter betrayal, of sin and redemption, of power and purpose. In a few short verses, it summarizes the entire Old Testament and sets up the New. It reveals the heart of the Creator.”[7] This is one of the most important poems in the book of Isaiah, which is about the Lord and the inhabitants of Judah. This song is an accusation similar to what King David experienced from the prophet Nathan (2 Sam. 12:1-10). While the poetic structure of this song is debated and there seem to be no consensus concerning the arrangement of the Hebrew poetry; I would like to suggest five genres of the song, namely:

Verse 1a—the announcement of the song. Verses 1b-2—the voice of the prophet tells of his friend’s devoted efforts towards his vineyard that prepares readers for the disappointment about to follow. Verse 3-4—the voice of the friend where the prophet requires his audience to render a judgment concerning the behavior of the vine. Verses 5-6—tells a friend of the prophet that he would abandon the vineyard to care for his own vineyard. Verse 7—where the author identifies the Lord with both Judah and Israel, in return, both yielded bloodshed and distress instead of law and justice.[8] The song teaches us the God loves His people. The message of the song was primary for the Judean listeners, but it also accommodates Israel (vs. 7).

When the inhabitants of Judah and Israel forgot God, they were in a dire need of God’s protection. To breach the covenant that is made with God brings divine curses, but keeping the covenant ushers the believers into God’s blessings. When one studies the OT carefully, one can conclude that the children of Israel apostatized and were subject to the Assyrian and the Babylonian captivities because they failed to keep God’s covenant. On the other hand, when they lived under the premises of the covenant, they had peace, and, in turn, God overthrew their enemies.

[4]Mark Griffiths, One Generation from Extinction: How the Church Connects with the Unchurched Child (London, UK: Monarch, 2009), 150-152.

Photo by Sven Wilhelm on Unsplash