From Reading to Understanding

From Reading to Understanding 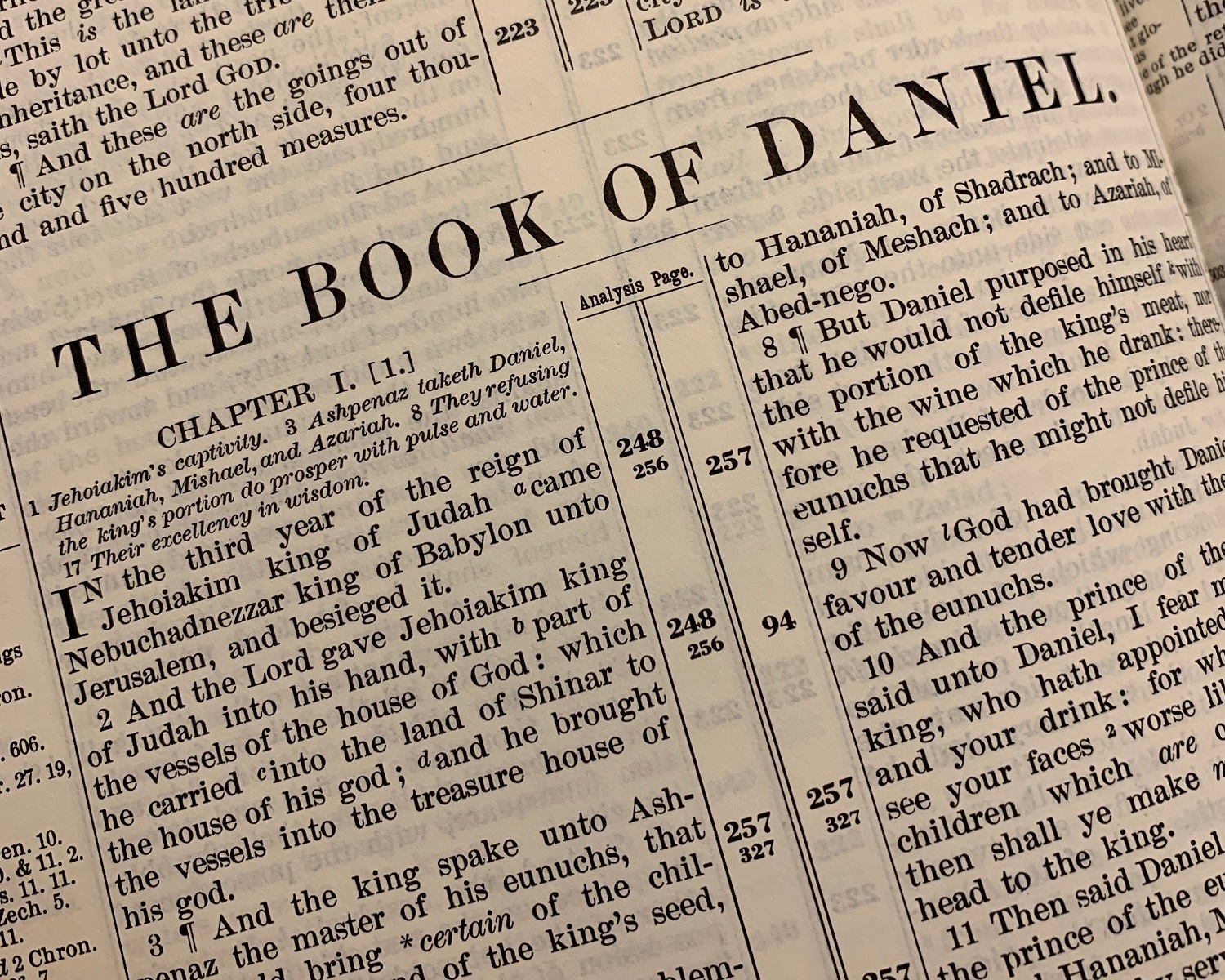 From December 28, 2019, our Church begins a study of the book of Daniel, of which the first lesson is titled “From Reading to Understanding.” A study of prophecy, especially Daniel as an apocalyptic volume highlights the core value of why the Adventist movement existed. The Adventist Church, from its inception, came into existence because of the study of the apocalyptic book known as Daniel. Daniel is an essential volume to study for the following reasons.

Second, the book is important not because of its prophecies and rich symbolism— though vital for the people living at the end of time—but because Christ is the center of the book. Christ is:

Third, why did the prophet Daniel shift from Hebrew to Aramaic, then back to Hebrew? Why is Daniel 2:4b-7:28 written in Aramaic?

The Aramaic language is associated with the Arameans who lived in northwestern Mesopotamia. Aramaic, a Semitic language closely related to Hebrew, has a very long history, was the lingua franca of the Ancient Near East (ANE), and is divided into three sections. Old Aramaic (also known as Ancient Aramaic, Imperial Aramaic, Old Eastern Aramaic, and Old Western Aramaic, “refer[s] to the unwritten dialect of eastern Syria, Mesopotamia, and Babylon,)” Middle Aramaic, and the Modern Aramaic of the present day.[3] The Aramaic of Daniel, Ezra, and Jeremiah belong to Biblical Aramaic. The Aramaic of Daniel belongs to Imperial or Official Aramaic that was utilized between 700-200 BC.

The book of Daniel is written in two languages: Hebrew and Aramaic. Whereas Chapters 1:1-2:4a; and 8:1-12:13 were written in Hebrew, Chapters 2:4b-7:28 were composed in Aramaic. The Aramaic section in the book of Daniel shares similarities with other Old Testament books such as Genesis, Ezra, and Jeremiah. Genesis 31:47a records Yegar Sahadutha, “Heap of Witness” as the first two Aramaic words found in the Bible, and the prophet Jeremiah left a verse in Aramaic (Jer 10:11).

It was written in Aramaic for the citizenry of Babylonia and Persia, according to G. L. Archer.[4] Aramaic was used to accommodate the Gentile world, including the astrologers of varied racial backgrounds, because it was the lingua franca of the ANE in Daniel’s days.[5] International correspondence was written and preserved in Aramaic. Another reason was to compare the Septuagint with the Masoretic Text for the syntactical relationship and vocabulary of the Greek language.[6] It also lent authenticity to the dialogue. Snell’s view is quite persuasive when he said, “the motivation for Aramaic in the Bible can usually be discerned to give a sense of authenticity to the documents and stories by presenting them in the language in which they are likely first to have been composed.”[7]

It was written in Aramaic because of the chiastic fashion in these chapters. It was A. Lenglet who suggested that the Aramaic section forms a theology of history:

Fourth, Daniel often repeats words or phrases in order to reinforce those concepts in his readers’ minds and to enable them to recall important points. Repetition brings “vigour and force” to the visions found in the book; repetition is a way of teaching, and Daniel likely remembered that aspect from his early education. Repetition is a way of emphasis; it also ties more statements together.

Sixth, although the book of Daniel was written more than 2,500 years ago, the book is still relevant to contemporary readers. We learn from the stories in the book valuable truth that the believer can embrace in today’s world. That God does not just work for His people; instead, He works with them. He acts like the True Immanuel, “God with us” (Matt 1:23). Like Christ, Joseph and Daniel have lived in foreign lands and learned that the Cross comes before the Crown. As the ancient Romans like to say: “Per aspera ad astra”—“through suffering to glory!” Which literally, “through thorns to the stars!”[9] Daniel and his friends “refused to place themselves in the enemy’s path. And with rich blessings God rewarded their steadfast loyalty.”[10] “An exiled Jew [spiritual Jew] can be a winner because the God of Israel is a Winner.”[11] The Scriptures to Daniel and his friends were the primary source for their faith. To them, the statement of Ellen G. White can fit well, when she said: “One sentence of Scripture is of more value than ten thousand of man’s ideas or arguments.”[12]