Education in the Garden of Eden

Education in the Garden of Eden 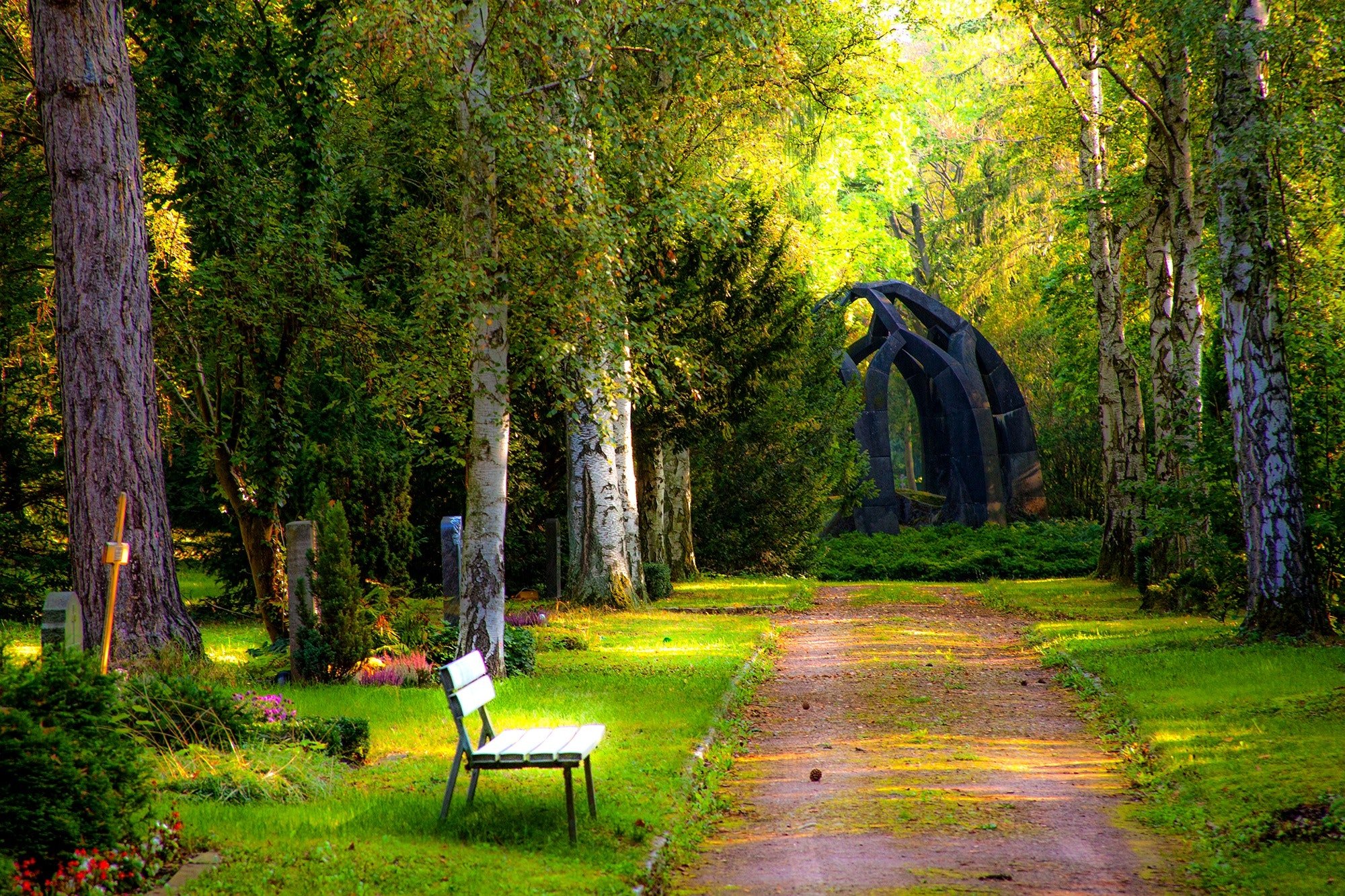 When God created man, He placed him in the Garden of Eden to tend the garden. Adam and Eve were placed in this garden school to learn to care for plants, trees, and flowers. Thus, the first college was the Garden of Eden. The first lesson taught to man was a Horticultural lesson. God was the first teacher for Adam and Eve in which he is called “the Teacher of Truth.” The second teacher in Eden was Satan, the serpent, and named the “false teacher.” The third teacher was the One who bruised the serpent’s head, Jesus Christ, the greatest teacher who ever lived.

Adam and Eve’s first employment was that of agricultural work. Labor was a blessing for our forebears—Adam and Eve. Work was assigned in Eden to serve as a guide against idleness. God knew that man would not be happy without employment. Work was created for man’s happiness.

God doesn’t just call us to salvation. He also calls us to work. God ordained Adam to become engaged in agricultural work. He appointed him, giving him responsibilities and authority: “The LORD God took the man and put him in the Garden of Eden to work it and to take care of it.” (Gen 2:15, NKJV).

The book of nature should be studied by all. The soil is cultivated, and the seed is put into the ground. Then God, through his miracle-working power, sends the rain and sunshine, causing the seed to send forth, first the blade, then the ear, and then the corn in the ear. Thus the materials are provided from which man, using his God-given faculties, prepares the loaf which is placed upon the table. In this way God feeds thousands, and ten times ten thousand, a multitude which cannot be numbered.[1]

The system of education instituted at the beginning of the world was to be a model for man throughout all after time. As an illustration of its principles a model school was established in Eden, the home of our first parents. The Garden of Eden was the schoolroom, nature was the lesson book, the Creator Himself was the instructor, and the parents of the human family were the students.[3]

Education, regardless of its discipline or what we teach, must be practical. God did not teach Adam and Eve to be theoretical farmers; He also provided for them the soil where they could learn practical knowledge. God established one key rule that they must obey, and that was not to eat from the forbidden tree.

And the Lord God commanded the man, saying, “Of every tree of the garden you may freely eat; but of the tree of the knowledge of good and evil you shall not eat, for in the day that you eat of it you shall surely die.” (Gen 2:16-17, NKJV).

While Genesis 1 and 2 gave man a perfect environment, Genesis 3 introduces the reader to the intrusion of a rebellious idea, a concept that disturbed God’s ideal plan. Sin came. The purpose of this “introduction is twofold: to acquaint the reader with the historical background of chapters 12 to 50 in Genesis and to point out some characteristics of this literary unit.”[4]

God taught Adam and Eve, yet, they did not seem to have been the most dedicated. It seems that though Eve was taught of God in the Garden, she didn’t take what she learned as seriously as she should have, as we can see by the very language she used. Genesis 3 presents an abrupt shift from that of Genesis 2. Whereas Genesis 2 talks about God as a gardener who placed Adam and Eve in the Garden of Eden to till the soil, Genesis 3 talks about humanity’s fall.

Adam and Eve were created sinless and had a free moral will. Eve was deceived by Satan, who planted the seed of pride. Consequently, Eve chose to disobey God and led Adam down the same pathway. Their sin had serious consequences on both, and on the human race as well.

While in the Garden of Eden, Adam and Eve had a God-centered type of education. Eve had freedom to ask God regarding Satan’s false charges against eating the fruit of the forbidden tree and why they did not have free access to it. The serpent’s question about God’s instruction, and his subsequent suggestion that God had selfish motives in giving these directions, created curiosity in Eve’s mind; so much so that she wanted to know how her eyes could be opened if she partook of the forbidden fruit. This kind of learning was reflected in the way Eve responded to Satan. Her dialogue with him opened a can of worms. The couple immediately died spiritually and much later physically.

Moses wrote concerning what the serpent said to the woman:

You will not surely die. For God knows that in the day you eat of it your eyes will be opened, and you will be like God, knowing good and evil.” So when the woman saw that the tree was good for food, that it was pleasant to the eyes, and a tree desirable to make one wise, she took of its fruit and ate. She also gave to her husband with her, and he ate (Gen 3:4-6, NKJV).

Being attracted to the forbidden tree affected three major areas in Eve’s life. She was affected “aesthetically,” “physically,” and “intellectually.” The progression from aesthetic (delight of the eyes) to physical (eating) to intellectual (source of wisdom), involved a process of rationalization. The process for Adam followed a somewhat different path. When they committed sin, their eyes were opened. The new knowledge of sin brought with it shame and nudity that did not exist prior to the fall. Adam attempted to pass the blame to Eve (his wife), Eve to the serpent, and eventually Adam inferred that God had some responsibility (cf. Gen 3:12).

God punished them: the serpent was to lose its glory; the woman would give birth in pain, and her desire would be to her husband (cf. vs. 16), the man would toil over the unproductive soil, and would eat while perspiring (cf. vs. 17). Adam and Eve’s first lesson on stewardship was not heeded well. Their disobedience brought shame upon themselves and upon the rest of humanity.

Knowledge is not everything that education imparts; true education must birth true knowledge. True education does not aim to fill one’s mind with knowledge, but aims to help the individual analyze things and acquire useful information. True education taught Adam and Eve about God, and today should teach people about Christ. It was Mahatma Gandhi who penned these great words:

True education is something different. Man is made of three constituents, the body, mind and spirit. Of them, spirit is the one permanent element in man. The body and the mind function on account of it. Hence we can call that education which reveals the qualities of spirit.[5]

When we understand Adam and Eve’s fall, we can better understand the purpose of education in the present age. In spite of their banishment, life in an imperfect world ushered in a new purpose for education.

The apostle Peter gives believers sound advice about the need for growth in their Christian experience.

But also for this very reason [of being partakers of fellowship with Christ], giving all diligence, add to your faith virtue, to virtue knowledge, to knowledge self-control, to self-control perseverance, to perseverance godliness, to godliness brotherly kindness, and to brotherly kindness love. For if these things are yours and abound, you will be neither barren nor unfruitful in the knowledge of our Lord Jesus Christ. For he who lacks these things is shortsighted, even to blindness, and has forgotten that he was cleansed from his old sins. Therefore, brethren, be even more diligent to make your call and election sure, for if you do these things you will never stumble; for so an entrance will be supplied to you abundantly into the everlasting kingdom of our Lord and Savior Jesus Christ (2 Pet 1:5–11, NKJV).

Peter gives us a list: faith, virtue, knowledge, self-control, perseverance, and so on. Notice, too, that knowledge is one of the things Peter mentions. This idea, of course, leads to the notion of education. True education will lead to true knowledge, the knowledge of Christ, and thus not only will we become more like Him, we also are invited as ambassadors to share our knowledge of Him with others.

Second Peter 1 and 2, however, make it evident that our education in Christ is an equal-opportunity experience for those who will dedicate themselves.

The writer of this lesson said: “Is it possible that part of our education in Christianity is not only avoiding temptation but also learning the many ways that God can and does deliver us from it as well as help guard us against those, he warns, who will ‘secretly bring in destructive heresies’ (2 Pet. 2:1, NKJV)?”

Adam and Eve were presumptuous sinners. They knew what God forbade them to do, yet they set God’s authority aside and violated His law, because they succumbed to Satan's deception. Therefore, God removed them from the Tree of Life in the Garden so they wouldn’t eat of it and live forever in a sinful, unrepentant condition—God wants no unrepentant rebels in His kingdom. The account sends a strong warning to us to be aware of present-day deceptions.

Through an educational process, God made sure that Adam and Eve understood the consequences of eating of the Tree of Knowledge of good and evil. If they subsequently had eaten of the Tree of Life, sin would have been immortalized in their bodies.

The wisdom that Adam and Eve gained through following Satan’s suggestions was a proud wisdom that hates rules, despises authority, and embarks on a selfish quest for autonomy. It is characterized by bitter envy and selfish ambition (Jam 3:16). It distances us from God, and ultimately produces the kind of despair felt by the writer of Ecclesiastes when he described all human wisdom as “Meaningless.”

Photo by Pixabay from Pexels.