Revelation 13: Satan and His Allies

Revelation 13: Satan and His Allies 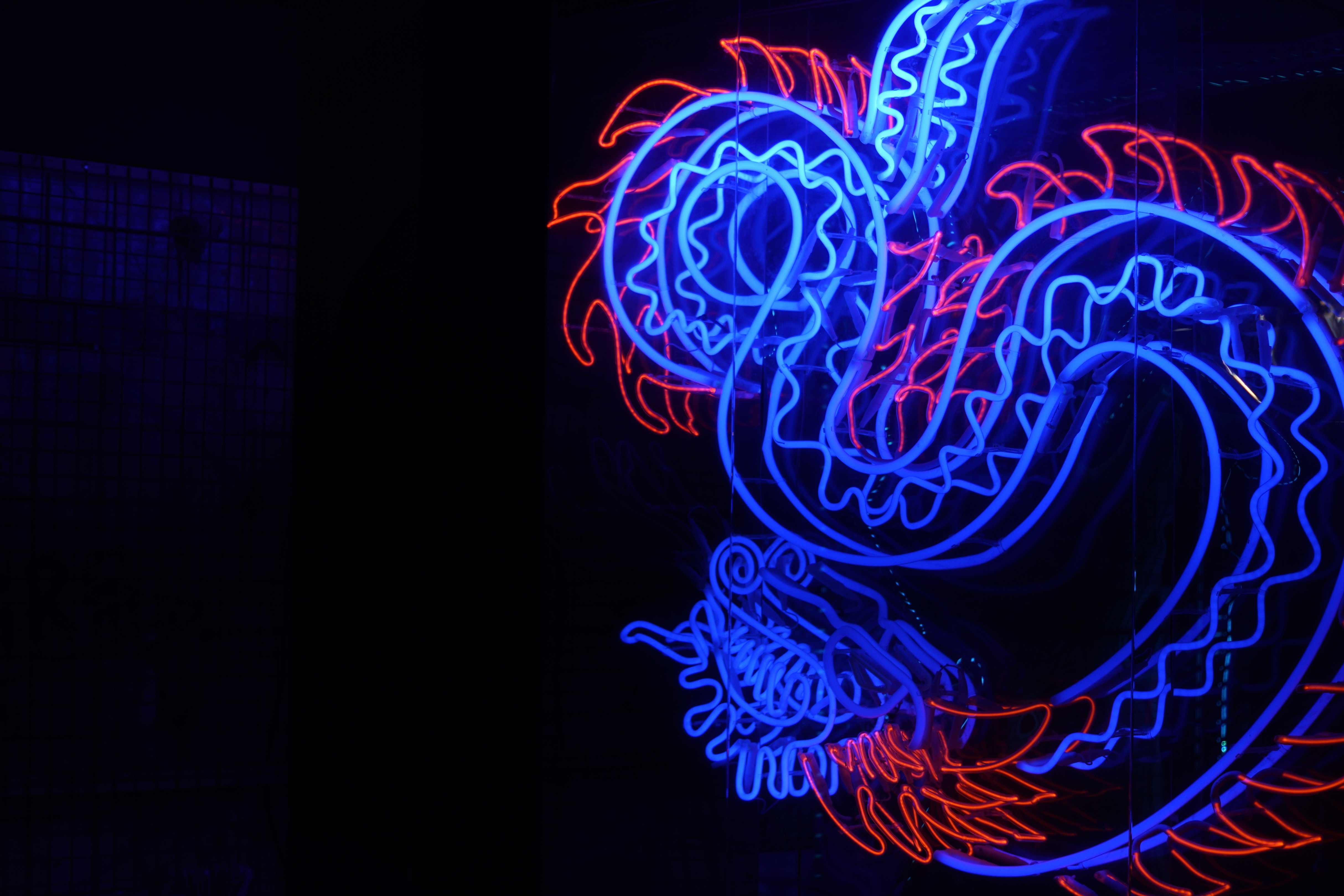 Studies have shown that “the book of Revelation is heavily influenced by Hebrew, or Semitic, thinking.”[1] There are several indications in the book itself to support this proposition. The author of the Apocalypse is named Yohanan (YHWH is gracious), a common Hebrew name.[2] The use of the Greek language in the book “contains numerous grammatical flaws.”[3] Why? Probably because the author “thought in Hebrew as he wrote in Greek.”[4] The book is also replete with allusions to the Hebrew Scriptures.[5] Thus, this essay will explore some of the Hebrew allusions and elements in the book, more specifically in Chapter 13, the focus of our lesson study this week.

Revelation 13 commences with an image of the dragon’s feet touching the sand of the sea. Such kind of image shows his relationship with the two ensuing beasts: the sea monster and the land monster. It also shows “his dual influence on both the sea and the earth.”[6]

The connection of the dragon to these two beasts is apparent. “The dragon gave the [sea] beast his power and his throne and great authority” (Rev 13:2),[7] while the land beast “spoke like a dragon” (Rev 13:11). Indeed, you can observe the influence of the dragon on these beasts. This also suggests that these two beasts are agents of the dragon on both the sea and the earth. The mention of the earth and sea “signify the universal and worldwide scope of Satan’s end-time activities.”[8] Apparently, these beasts are not only the dragon’s allies, but they are conspiring with the dragon to force and demand people’s worship.

The image of the sea has a negative connotation in the Hebrew Scriptures because of its connection to God’s enemies. Psalms 18:16, 17 states, “He reached down from on high and took hold of me; he drew me out of deep waters. He rescued me from my powerful enemy, from my foes, who were too strong for me.” Isaiah 27:1 writes, “In that day, the Lord will punish with his sword—his fierce, great and powerful sword—Leviathan the gliding serpent, Leviathan the coiling serpent; he will slay the monster of the sea.” Joyce G. Baldwin declares, “to the Hebrews the sea was both dangerous and mysterious (Is. 57:20), a restless element, but not beyond the Lord’s power to tame (Ps. 107-23-29).”[9]

Accordingly, the thought pattern demonstrated in the writing of the portion of the vision where the sea monster is described (vss. 1-10), is based on the Hebrew thought. It can be divided into two sections. Verses 1-4 are in parallel thought with verse 5-10, and not necessarily a vision in chronological order.[10] The second part (vss. 5-10) amplifies and explains the first part of the vision (vss. 1-4). This is indeed an apparent Hebrew pattern of thought where parallelism of thought is in operation.[11]

Furthermore, if one will look closely between the two portions of the chapter (vss. 1-10 and vss. 11-18), there is also a parallelism of thought. This can be illustrated this way:

The shift of tenses of the major sentences in the two sections of Revelation 13 signals the shift of the time period of the first part (verses 1-10) from the second part (verses 11-18). The first part refers to a time of period history which happened within the time period of the 42 months, while the second part refers to the future.

Regarding the activities of the land beast (vs. 12), a tense shift from past tense to present tense occurs, thus, “it exercises all the authority . . .,” “it performs great signs . . .” (vs. 13), “it deceives those who dwell on earth” (vs. 14), “it causes all . . . to be marked on the right hand or the forehead” (vs. 16).[12] Hence, this must be something that would still occur in the future in contrast with the past tenses in verses 1-10. The characteristics and the activities of the sea beast had already happened in the past as hinted by its major sentences in the past tense, while the characteristics and activities of the land beast are something in the future as hinted by the major sentences in that section in the present and future tenses.

The mention of “the lamb” (arnion) evokes a distinct Hebrew imagery. The first lamb that was mentioned was “the Lamb that was slain from the creation of the world” (vs. 8), while the second one resembles a lamb (vs. 11). Doukhan observes that “for the Christian Yohanan, its lamblike features recall those of the gentle Yeshua (Rev. 14:1).”[13] The sheep is considered clean meat because it is a cud-chewing animal with cloven hoofs based on Leviticus 11:1-3. Generally, “sheep do not make noise, when they are shorn or even when death is imminent. They suffer in silence.”[14] Indeed, the Lamb mentioned several times in the book of Revelation show that kind of character (Rev 5:6, 8, 12; 13:8).

Young Mediterranean boys who grew up without a father-figure learn how to be a man through the character of the sheep. When they enter the male world at the age of puberty, they must begin to learn how to be a man. In large measure, this learning entails realizing that silent endurance of suffering, even physical punishment, from all older males is a major way of demonstrating one’s manliness. The sheep that suffers and goes to death in silence offers a good example and is easily accepted as a symbol for the honorable male.[15]

In Isaiah 53:7, it states, “like a lamb to the slaughter, and as a sheep before its shearers is silent, so he did not open his mouth.” However, the lamb-like land beast is the opposite; he opens his mouth and speaks like a dragon (Rev 13:11).

The number of the sea beast, 666 (Rev 13:18), alludes to some places in the Hebrew Scriptures. For example, the image of gold that Nebuchadnezzar had set up in the plain of Dura is based on number 6. It is 60 cubits high and 6 cubits wide (Dan 3:1, NKJV). Another reference of the number 666 to the Hebrew Scriptures is in 1 Kings 10:14. It lists as the weight of gold of King Solomon’s annual income. The context of 1 Kings 10 is “when Solomon started going away from God after having married an Egyptian princess.”[16]

It is interesting to note that the number 666 is mentioned after the sea beast was mortally wounded (Rev 13:18), and after the description of his blasphemous and persecuting activities in the time period (42 months) mentioned in verse 5. In other words, the significance of the number 666 must be something in the future and thus it calls for wisdom. Johnsson underscores that “the setting of the ‘mark,’ however—just prior to the Second Advent—shows that its full meaning is just yet future.”[17]

The lesson we can learn from this chapter is that all of the beasts mentioned in this chapter have no inherent power of their own.[18] The sea beast got his power, his throne, and great authority from the dragon. Those things are given to him. Moreover, he was given a mouth to utter blasphemies and power to make war against the saints but only for a period of time—for only 42 months. And yet the source of all his power and authority comes from the dragon who was a defeated enemy in Revelation 12.

The land beast’s source of authority and power comes from the sea beast who was mentioned twice in the second section of this chapter as mortally wounded, in spite of the fact that he can deceive and coerce. But the land beast has no inherent power of his own, as well. Accordingly, “he was given power to do on behalf of the first beast (vs. 14)”, and “he was given power to give breath to the image of the first beast . . . (vs. 15).” In other words, the readers of John were implicitly taught that God is the one who allowed these beasts to exercise power, and therefore, He is also the one who will deal with them in the end. God is still in control. Thus, each section of Revelation 13, ends with a call. The first call is for patient endurance and faithfulness, and the second call is for wisdom. Thus, this applies to us also. As we wait for the prophecy to be fulfilled, we need to be patient, faithful, and wise.

[2] Jacques B. Doukhan, Secrets of Revelation: The Apocalypse Through Hebrew Eyes (Hagerstown, MD: Review and Herald, 2002), 9.

[4] Ibid., 9. Paulien notes that John being exiled and prisoner in the island of Patmos with no editorial help in writing the Apocalypse further explains why the Greek grammar in the book is not that good. Paulien, 9-10.

[7] All scriptural quotations are from the New International Version, unless otherwise stated.

[11] William H. Shea, “Time Prophecies of Daniel 12 and Revelation 12-13,” in Symposium on Revelation: Introductory and Exegetical Studies Book 1 (Daniel and Revelation Committee Series Vol. 6; Edited by Frank B. Holbrook; Silver Spring, MD: Biblical Research Institute General Conference of Seventh-day Adventists, 1992), 354, writes, “One third of the OT is written is poetry; all Hebrew poetry exercises parallelism of thought. One cannot have the Hebrew poetry without it. It also spills over into biblical prose, both in the OT and in the NT. Examples of this are too numerous to mention. So it is not unexpected to find that same principle operating here.”

[12] The translations are from the English Standard Version of the Bible.

[16] Stefanovic, 427. So, according to Stefanovic, “666 as the number of the beast might point to the Christian church as the system that was once faithful to God and which eventually turns away from God and becomes the enemy of God’s people as the time of the end” (427).