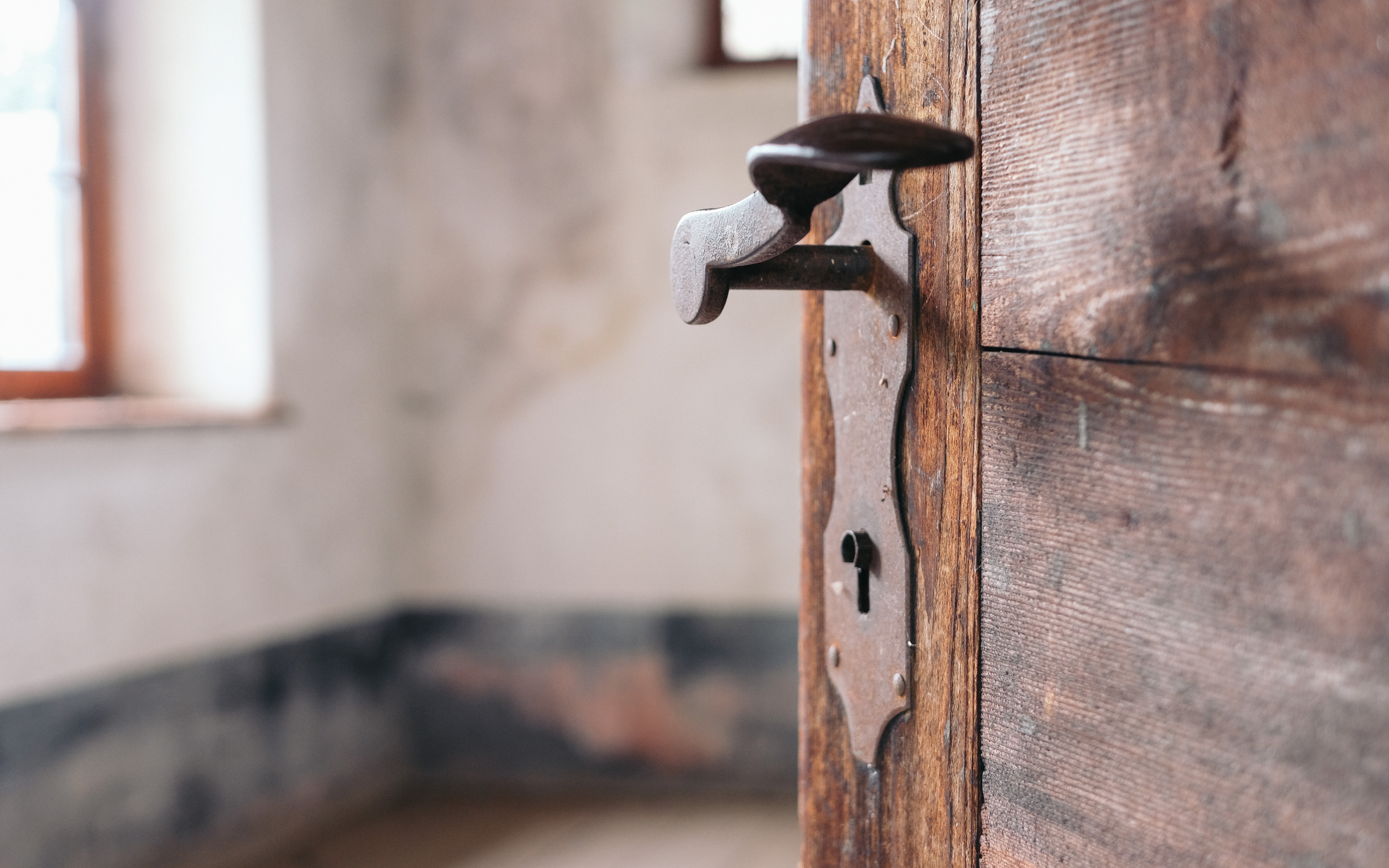 The opening word of Revelation is a mouthful (Revelation 1:1). A proper grasp of the meaning of this word promises a huge payoff with respect to understanding the message of the book.

Let us cross out some popular options, that is, what apokalypsis does not mean.

First, ‘apokalypsis’ does not mean catastrophe. We have had “Apocalypse Now” in movies and literature. These modern representations of calamity and doom are a far cry from what Revelation has in mind.

Second, ‘apokalypsis’ is not a synonym for eschatology. ‘Eschatology’ has to do with the last days. The meaning and orientation of the word ‘eschatology’ can be extracted from the word itself: it refers to the study of what lies furthest away, whether in time or space. Apokalypsis does not have the end-time connotation even though it includes visions of the end.

Third, ‘apokalypsis’ should not be regarded as a term for literary genre. Determination of genre (the kind of literature we are reading) is meant to give readers a head start, but this has not been of much help in the case of Revelation. Other ‘apocalypses’ are pseudonymous; Revelation is not (1:1, 9). The book shares characteristics with books that are called ‘apocalypses,’ such as otherworldly journeys, a guiding angel, and the demise of Satan, but the distinctives of Revelation make it a breed apart.

Fourth, in further note on genre, ‘apokalypsis’ should not be branded as ‘crisis literature.’ This is the commonly held view for the situation in which apocalypses arise, but it does not work for Revelation. (One scholar solves the problem by saying that there was a crisis, but the recipients of the book did not know it.)

This must suffice for what apokalypsis does not mean.

What, then, does it mean?

Fortunately, the word matches the content of the book. If we begin with the word, we find that it is a composite of the preposition apo and the verb kalypto. This verb means to cover something up, to hide, conceal, or ‘keep secret.’ Now put apo in front of kalypto, and what do we get? We get ‘un-covering’ and, as we have in English, revelation. Apokalypsis is the reversal of kalypsis. What one party in the cosmic conflict tries to conceal, hide, obfuscate, and keep secret, is in this book uncovered and exposed. In contrast to eschatology, apokalypsis is as interested in the present as in the future; its forte is not prediction but uncovering.

If we look at the content of the book, we are treated to one exposé after another, in seals, trumpets, and bowls — and much in between. What the opening word announces, the book delivers. Title and content match.

This view of apokalypsis is also a contrast to the notion of apocalypses as crisis literature. A deeper layer now rises into view. Revelation is not generated by a crisis but by the kind of person God is (1:1). We owe this insight in part to the close connection between Revelation and the Book of Daniel. Daniel is also a book of revelation, and the revelation has its roots in God’s character and disposition. When crunch time comes for Daniel and his friends in connection with King Nebuchadnezzar’s dream, Daniel tells the king that “there is a God in heaven who reveals [anakalyptōn] mysteries” (Daniel 2:28). Indeed, God is “the Revealer” (ho anakalyptōn) (Daniel 2:29, LXX, translation mine). ‘Making known’ is so characteristic of God as to make God ‘the Known-Maker’ (ho anakalyptōn).

People who pride themselves on intellectual and philosophical prowess should not fall for the temptation to look down on books like Daniel and Revelation. These books have undeservedly gotten a bad reputation, but they are among the most sophisticated books in the Bible. In fact, chapter 2 in Daniel has the greatest concentration of epistemic terms in the Old Testament. ‘Epistemic’ is a fancy word for knowledge: these are books that expand the horizon of what is knowable.

For what is the modus operandi of the heavenly government? Is it not access (4:1), transparency (4:6; 15:2; 21:18, 21), and participation (20:4)? Secrecy is banished. The ‘openness of God,’ to use a phrase familiar to many, does not here refer to God’s alleged ignorance of things still in the future but to God’s policy of access. This contrasts with the other side in the cosmic conflict, whose entire operation is predicated on falsehood and secrecy. Apokalypsis is now a term that shatters theological and political conventions.

For this assertation, let me attempt a couple of take-home points.

First, theology. From Augustine onwards, the Christian theological tradition embraced the notion that God’s ways are inscrutable. Augustine called it “most hidden” (occultissima), a word denoting concealment that is every bit the opposite of what Revelation brings to view. As Paula Fredriksen summarizes the Augustinian view, God “owes man no explanation.” Moreover, true piety forbids the believer “to question why God does what he does.” Luther and Calvin both had similar convictions. This is not the stance of Revelation. In this book, hiddenness is a false note in the heavenly symphony. From this follows another take-home point: Questions are not unwelcome or a threat to genuine piety. Revelation respects and empowers the believer.

Second, the politics. God’s apokalypsis is proof of an authority that is committed to transparency. The heavenly authority grants what earthly authorities often deny, even authorities that profess commitment to openness. Already in 1998, the late senator Daniel Patrick Moynihan, in a book entitled Secrecy, decried the mushrooming of secrecy in the governing institutions of the United States. This tendency has accelerated by orders of magnitude since that time — and not limited to the period when the government authorized ‘secret renditions’ and ‘enhanced interrogation techniques.’ Democracy and the rule of law are rendered meaningless unless there is transparency. “Everything secret degenerates, even the administration of justice; nothing is safe that does not show how it can bear discussion and publicity,” Lord Acton wrote more than a century ago. Belief in the legitimacy of secrecy runs deep in political philosophy from Plato to Putin to the Pope, with Machiavelli hovering somewhere near the middle. “Secrecy is the first essential in the affairs of the State,” said Cardinal Richelieu (in office from 1624-1642 as the First Minister of King Louis XIII of France). Secrecy is truly at the heart of the crisis of governance in our time, facilitated by how easy it is to create false profiles on Facebook, Instagram, and Twitter, and from there spew out fake news on an industrial scale.

In Revelation, we are brought face to face with heaven’s policy of candor and a government that throws itself open to scrutiny. In this conception of government, there is participation on the part of intelligent beings, from the four living beings “in the middle of the throne” (4:6) to the redeemed who come alive to “reign with Christ for a thousand years” (20:4). A government of God and a government of “We the People” need not be as far apart as many think. J. M. Roberts says that the “democratic theory that all governments derive their just powers from the consent of the governed…was epoch-making.” It surely was. Alexander Hamilton wondered in Federalist No. 1 “whether societies of men are really capable or not of establishing good government from reflection and choice, or whether they are forever destined to depend for their political constitutions on accident and force.” Abraham Lincoln waxed wistful that “government of the people, by the people, for the people, shall not perish from the earth.”

The report-card for such a government in this world does not look great. Secrecy is one of the factors that dooms it. Consent on the part of the governed is fatally compromised by secrecy — and its demise is assured even if “the people” were to approve it. Contrast this to the politics of heaven, and the prospect that a government “under God” will be a “government of the people, by the people, for the people” brightens greatly. This is one more thing to take away from Daniel and Revelation, the two most political and world-aware books in the Bible.

Apokalypsis is the opposite of secrecy.

Photo by Alexander Rumpel on Unsplash