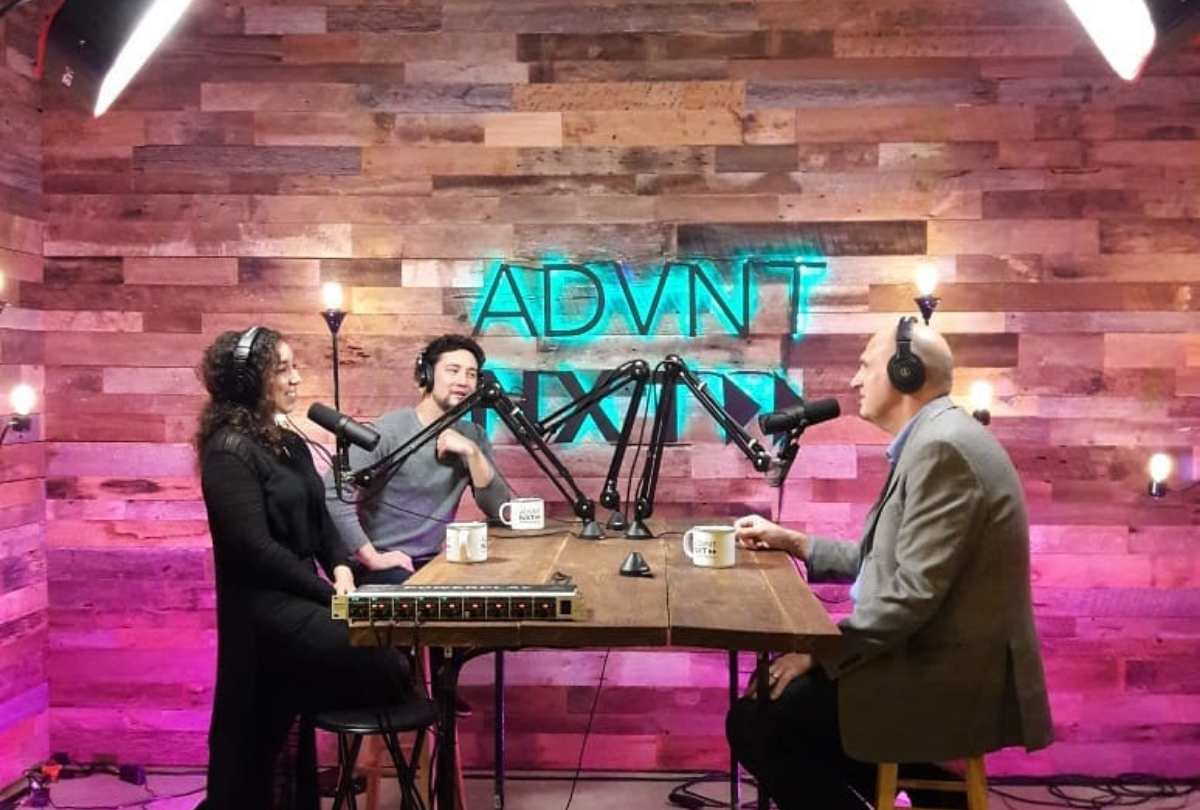 Up until August 3rd, one of the biggest success stories in new Adventist media was the Advent Next podcast. Since 2019, Kendra Arsenault had hosted 89 episodes of the series, billed as “life and faith discussions for the next generation.” The show was a hit. According to Arsenault, it grew to thousands of listeners a month on audio and video platforms. For Seventh-day Adventist Millennial and Gen-Z audiences, the show felt like a promising future featuring diverse voices in real conversation.

Then, it all came crashing down—a seeming victim of the church structure itself.

“I think my initial shock was just grief, of the loss,” Arsenault said in a phone interview.

On August 3, 2021, the Adventist Learning Community, an official ministry of the North American Division that had funded and produced the podcast from its inception, told Arsenault that she was fired from the show she created.

The idea began back in 2018. While beginning as a student at the Seventh-day Adventist Theological Seminary, Arsenault also worked at the Adventist Learning Community as a video producer. She had spent eight years doing video work for non-profits and other organizations in the past, and now she saw an opportunity for the Adventist Learning Community to try something new. “The idea behind Advent Next was to create a Christian TED Talk of sorts,” Arsenault explained in a 2019 interview with Spectrum. 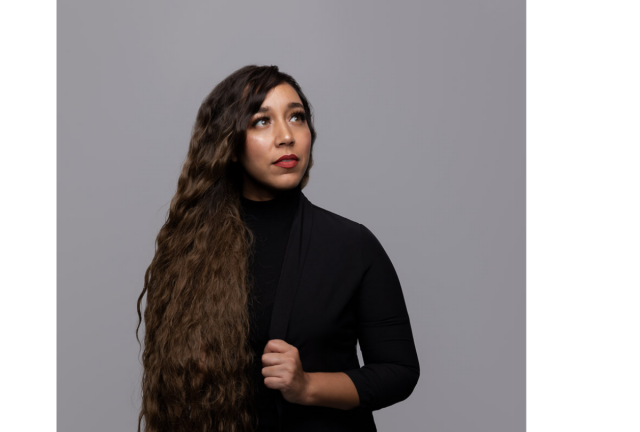 “Adam Fenner, the director of the Adventist Learning Community, and I began brainstorming the idea. He's someone who has a heart for innovative outreach and so he has been a critical player in getting this project up and started. We both had a desire to reach the growing educated class among Millennials and Generation Z.”

A project proposal gained approval, and planning for the show began. “I come in one day and there is a construction guy in here and they are building an entire set,” Arsenault remembered in a 2020 interview with The Compass Magazine. “That was way more than I expected.” The final product would be more fireside chat than TED Talk, the finished set dominated by a backdrop of rustic wood, a hewn table sprouting microphones separating hosts and guest (some early episodes featured a co-host).

The first episode brought on an Andrews University professor to talk about women’s ordination. Over the coming months, years, and episodes, Advent Next would cover a myriad of topics: hermeneutics, domestic violence, racial injustice, environmentalism. Even from early episodes, it’s easy to see why the show would be a success. Arsenault’s dynamism and polish as an interviewer, showcased by a high production value afforded by the Adventist Learning Community, led to a final product that few, if any, within the Adventist media world could match. Prominent academics and thought leaders beyond Adventism appeared as well, such as Dr. John Oswalt and Dr. Jemar Tisby.

Throughout its history, Advent Next never shied away from controversial topics. To Arsenault, it seemed she had carved a space where the important issues, the ones that thousands were tuning in to hear discussed by experts, could be brought into the open.

For summer 2021, on the heels of Pride Month, Arsenault recorded two episodes with former Adventist pastor Alicia Johnston. In 2017, Johnston resigned as a pastor after coming out publicly as bisexual; this year, she finished securing funding for her book examining LGBTQ theology for an Adventist audience, and gave interviews about her work to Spectrum and other outlets.

Arsenault introduced Johnston’s work with the analogy of women’s ordination and how there are serious, dedicated theologians who come to opposite conclusions—with the same holding true for LGBTQ theology.

“I think we just need to take a step forward with a little bit of humility, recognizing that if we come to an opinion, it may not be the only “biblical” opinion,” Arsenault said. “Many people are using the Bible, but come to different conclusions. So, my hope is that this conversation will give room for freedom of conscience, I mean true freedom of conscience, allowing others to hold different views, and not denigrate their character or question their devotion to Christ, just because they came to a different conclusion than you.”

This wasn’t the first time that Advent Next had talked about LGBTQ Adventism. In 2020, Arsenault invited on Paul-Anthony Turner, a seminary graduate and current PhD student, who identifies as gay and practices celibacy, or what is referred to as the “Side B” perspective on LGBTQ Christian identity. Following the Johnston episodes in 2021, Arsenault invited Turner back to discuss the reactions that she had received.

“I have had a very interesting week with you all!” she began. “I’ve gotten a lot of feedback from these last two episodes . . . And I kind of just want to start off by saying thank you for your feedback. And thank you for just being vocal in whether you are agreeing with the things that were presented, or disagreeing. I think that we do need to have more conversations.”

This time, the conversation with Turner was different than the one from a year before, as he revealed that his beliefs had just recently shifted to be LGBTQ affirming—although he had previously identified as gay, now Turner believed that same-sex marriages should be allowed in the church.

After nearly an hour and a half of wide ranging and animated discussion, the conversation came to an end and the outro music played. But Arsenault wasn’t yet finished.

“What I really have appreciated about Pastor Alicia Johnston and Pastor Paul-Anthony Turner is they’re beginning to open up the conversation for people like myself,” she said. “I am belonging to the B of the LGBTQ community. And I really have encountered a lot of people in Adventism who identify as bisexual, or who also may be just in the closet, very deeply in the closet. And I just wanted to spend some time identifying with the community that I actually belong to, rather than hiding behind these spokesmen who have been on the podcast.”

“I’m not here promulgating any point of view at this point,” she said. “I am simply opening up space for this conversation.”

Even as she turned the lens inward and shared such personal details, Arsenault recognized she had ventured onto hazardous ground.

“There really is as sword of Damocles hanging overhead . . . I hope that we begin to have these conversations of really creating safe spaces.” 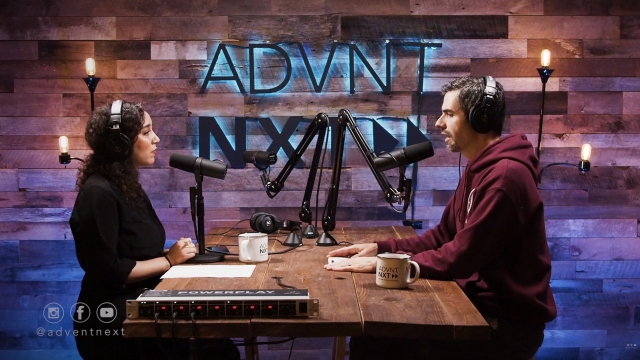 Kendra Arsenault speaks with a guest in a 2020 episode of the show. Screenshot, Advent Next

Arsenault was right that the prospect of backlash was never far removed, and it would come soon, with a concerted inevitability.

“I dropped that episode on a Saturday morning [July 31],” Arsenault said, “and by Monday morning I was getting messages.” Higher-ups wanted to know whether the podcast episodes were contradicting Seventh-day Adventist church policies in regards to sexuality and marriage.

By Tuesday, she was called into a meeting with Adventist Learning Community Director Adam Fenner. He informed her that her contract was being terminated.

"He seemed reluctant to do it,” Arsenault reflected afterwards. “I think he really tried his best to find a way to save the show. But whatever was happening behind the scenes, it was bigger than him.”

“I think I imagined them maybe pulling the episodes and getting talked to,” she said, “but I didn’t really imagine being fired, because on policy and on paper, you can identify as gay or bisexual.”

The official 2015 NAD statement on human sexuality says that the church recognizes “individuals may experience same-sex orientation through no choice of their own,” and that it makes a distinction between “sexual orientation” and “sexual behavior or activity.”

When asked for comment and given a series of specific questions about the situation, Fenner replied with a single paragraph statement.

The Adventist Learning Community Department (ALC) reports to the Adventist Learning Community Executive Committee of the North American Division (NAD). Kendra Arsenault was not an employee of the NAD, but rather an independent contractor contracted by the ALC to produce the AdventNext podcast. It was decided her services were no longer needed. The podcasts with the final two interviewees were taken down. The AdventNext podcast remains available on all of its original platforms. The NAD is not prepared to discuss matters relating to contracts between the ALC and its independent contractors.

The Adventist Learning Community has not provided information about any specific church or contractor policies that Arsenault violated. The episodes featuring Alicia Johnston and Paul-Anthony Turner from this year—along with Turner’s appearances in 2020—have been deleted from the Advent Next feeds.

For Arsenault, the whirlwind since August 3rd has left her with a mix of emotions familiar to many who have been spurned by a community they love, a community that they invested in and cared enough about to start difficult conversations.

“To lose it overnight, it just feels excessive,” she said. “I think there’s a part [of me] that was just very filled with grief.” At the same time, the outpouring of support she has also received serves as a reminder of how the community she fostered extends beyond a podcast feed.

“I think I’ve found a sense of just amazing support that I didn’t know was there, seeing friends and people of my community pull through in just extraordinary and generous ways.”

While speaking, Arsenault’s voice had been even and measured, but a hint of emotion caught in her reply and hung in a pause.

“I think I feel bad. I feel bad for the people who made this decision,” she said. “For me, it just goes to show how inhumane our theology can be sometimes. I think even the people whose hands are put to the task of being the hammer, [they] themselves feel grieved at having to do this task, because they feel called by God to do it . . . It injures people to have to injure other people because of theology.”

While many elements of the future are still uncertain, Arsenault looks forward to finishing her final semester this fall at the Seventh-day Adventist Theological Seminary. Beyond that, there are certainly future creative projects on her mind, perhaps through podcast or even book forms.

The future of Advent Next also remains unclear. For now, the rest of the podcast and video episodes are still online, the property of the Adventist Learning Community. They stay there, as do the gaps in the episode numbers that now remain, echoes of voices unheard, remnants of conversations the church is unwilling to have.

Alex Aamodt is the interim managing editor of SpectrumMagazine.org and the Roy Branson Investigative Reporter for Spectrum.

Title image: The set of the Advent Next podcast, @adventnext via Instagram