#LEAD20 Conference Focuses on “I Will Go” Strategic Plan 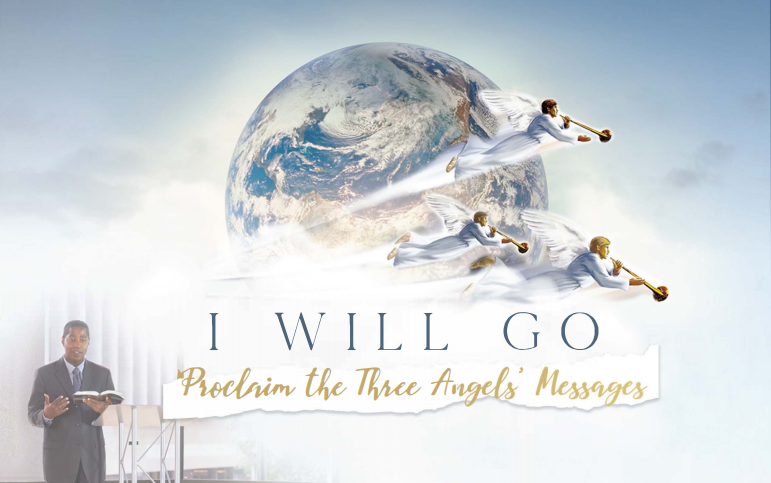 The Annual Council of the General Conference Executive Committee began on Tuesday, October 6, 2020. As always, #GCAC20 opened with the Leadership Education and Development (LEAD) Conference. This year’s focus was on the Seventh-day Adventist Church’s strategic plan for 2020–2025, “Reach the World: I Will Go,” and how various church entities around the world are fulfilling this in their territories and for their unique audiences.

To kick off and close each day of Annual Council, the Executive Committee delegates — who are meeting over Zoom due to COVID-19 travel restrictions — sang the “I Will Go” theme song. Written and composed by GC Communication Director Williams Costa, Jr., the song calls on people to listen to Jesus’ calling to go into the world and minister to people’s needs.

The “I Will Go” initiative was approved at the 2019 Annual Council before coronavirus became a household name. The strategic plan was originally set to launch at GC Session 2020 in June, but the postponement of the Session until 2021 did not delay the strategic plan launch. At Spring Meeting this past April, it was announced that despite the challenges of COVID-19, “I Will Go” would proceed.

At Tuesday’s meeting, General Conference President Ted N. C. Wilson gave a short introduction to the focus of “I Will Go,” stating that while there is urgency to the mission, it must be accomplished “prayerfully, carefully, and in an organized way.” This is why the strategic plan is based on research collected and analyzed by the GC Office of Archives, Statistics, and Research. More information on the Objectives and Key Performance Indicators (KPIs) — which were discussed at length throughout the LEAD Conference — can be found on the official “I Will Go” website at iwillgo2020.org.

Mike Ryan, retired GC vice president who helped oversee the strategic plan process, explained to the delegates that the strategic plan is organized around three major themes: 1) Mission, 2) Spiritual Growth, and 3) Leadership and Development. There are 10 objectives under these themes and numerous KPIs under the objectives. He urged the delegates to read more about these on the official website.

Lisa Beardsley-Hardy, GC director of education then introduced presentations from several Adventist universities around the world who are implementing “I Will Go” on their campuses. Gluder Quispe, president of Peruvian Union University, discussed the medical student missionaries from their three campuses who ministered to remote populations of Peruvians and the dozens of ministries the campuses engage in for their local communities. Babcock University President Ademola S. Tayo then spoke about how his university is serving 10,000 students in Nigeria, 90% of whom live on campus and less than 10% of whom are Adventist. Beardsley-Hardy pointed out that the campus is a mission field itself and Tayo agreed, saying that the school focuses on ministering to all of the students’ needs. They are also training “mission-minded” Adventist students who can share the gospel with their non-Adventist classmates. Siroj Sorajjakool, president of Asia-Pacific University International University in Thailand, shared that half of their student population is non-Christian (primarily Muslim), so their focus is on making sure they are meeting the needs of both students and the surrounding community, and truly living out the Christian mission of caring for others.

Various world divisions also gave reports on how “I Will Go” is being utilized to spread the gospel in their territories. The South American Division shared how they are using their television (Novo Tempo), music (Feliz 7 Play), and podcast (7 Cast) platforms to reach people during the pandemic. Over an 8-day campaign, they had 6 million viewers on their channels, 100,000 requests for Bible studies, and 28,000 baptism requests. Meanwhile, the Japan Union Conference shared that the church in Tokyo is on fire for the Lord, and has implemented a youth outreach program, literature evangelism campaign, and prayer days, among other endeavors.

Gary Krause, director of Adventist Mission, discussed how the “I Will Go” strategy of Mission was being used to plant churches around the world. A group of young people in Quito, the capital of Ecuador, surveyed the community to find out what the specific needs were, and discovered health issues were the biggest challenge. Based on that feedback, they organized health outreaches like a marathon and established a bakery, and were eventually able to plant a small church which has now baptized 10 people.

Middle East and North Africa Union President Rick McEdward shared how his territory had accomplished several KPIs among the millions of non-Christians in MENA after the Beirut explosion. Though they only have about 250 church members in Lebanon, these individuals began cleaning up the streets the day after the explosion. People in the community then began asking the church members to help clean up debris from their houses. Because of their help, at least one man asked for more information about the Seventh-day Adventist Church.

On the second and final day of #LEAD20, leaders from several of the General Conference divisions presented on their implementation of the “I Will Go” objectives and KPIs. Some conducted surveys of the local community to identify unique needs while others focused on nurture and retention of their recently baptized members. Ron Clouzet, ministerial association secretary for the Northern Asia-Pacific Division, shared the most comprehensive analysis of how each of the objectives and KPIs is being accomplished. He walked delegates through a detailed chart of goals, strategies, timeline, and results.

The LEAD Conference ended mid-way through the Wednesday session, and the meeting then transitioned to Annual Council business. More about that can be found in the following articles:

Addressing the Financial and Other Headaches of COVID — October 8 Report

The Annual Council business meetings are being conducted over Zoom and live-streamed on the General Conference Executive Committee website here: https://executivecommittee.adventist.org/live/