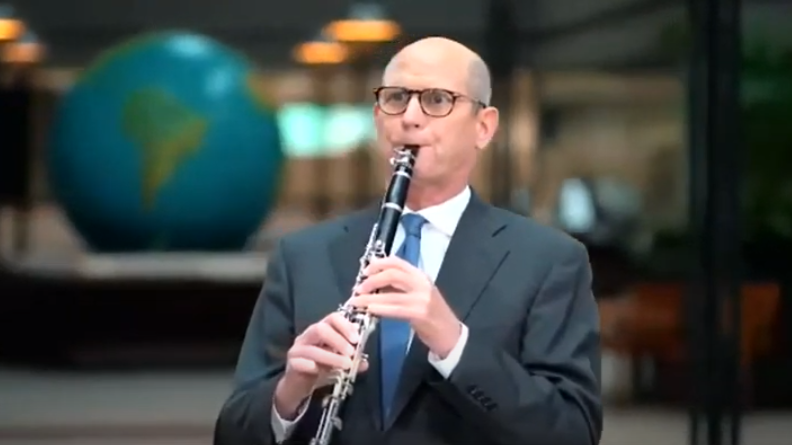 The online Sabbath worship service for the General Conference Executive Committee began with a focus on the family, since family is the topic for the Sabbath School lesson this week. Cliff Goldstein, editor of the Adult Bible Lesson Study Guide, led a panel discussion about the connection between education and the family with three university presidents: Andrea Luxton, of Andrews University, Weymouth Spence of Washington Adventist University, and John McVay of Walla Walla University.

Pointing out that Jesus learned at his Mother’s knee, the university presidents highlighted the importance of the family to education, saying that education is a cooperative project between families and schools. Spence spoke to the importance of communication within families. He said families need to communicate frequently and directly. Listening is 80% of good communication, he suggested, and only 20% talking. And that talking should be positive and reinforced by nonverbal communication. For a child who scrapes his knee, the mother’s hug and kiss communicate a healing love. McVay pointed to Ephesians 6:1-4 to emphasize that parents should not provoke their children and should acknowledge that children have their own personal relationship with Christ. He reminded the Committee of Albert Switzer’s three ways to teach children: by example, by example, by example. Goldstein referred to Deut. 6:7, teach them diligently, and by teaching you don’t forget. The study session ended with a beautiful musical video by Juan R. Salazar L. with musicians from around the world joining in a performance of “The Desert Taught Me How” that you can watch below or by clicking here:

The musical highlight of the church worship service that followed was a clarinet solo by President Ted N. C. Wilson at the conclusion of his sermon titled “God Will Have a People.” To begin his message, he read from Hosea 2:21-23: “You are My people! And they shall say, You are my God!”

“God will have a people,” Wilson repeated throughout his message as he described the characteristics of those people, preaching and being a living witness of God’s eternal love. To illustrate God’s people in action, the Communication Department put together a video of church activities around the world during the last eight months of COVID from podcasts and stories of health care workers to food and mask distribution programs.

Typically, Wilson includes warnings in his sermons, and this one was no exception. Things to avoid or be wary of included such people who say that prophecies are conditional, or who say that we don’t know what the Mark of the Beast is. He moved from there to the importance of proclaiming the Three Angels’ Messages and working unitedly to tell the world that Jesus is coming soon. After quoting from pages 40 and 41 of Christian Service, where it describes God’s people diligently studying the word of God and pleading for the latter rain, Wilson said, God is calling you and me. He read from Acts of the Apostles about God’s people being a little flock with God as their rock. Footage from the “I Will Go” Strategic Plan video came up of people rolling suitcases and traveling. And then to introduce his clarinet solo, he thanked his mother who made him practice every day. His ethereal rendition of the theme song “I Will Go” echoed through the GC atrium, a fitting close for this family worship service.