Harry and Judy Sabnani are supposed to be relaxing into their retirement, after a busy career spent working in ministry for the Adventist Church. It may be fair to say they are enjoying retirement — but relaxing they are not. In addition to pastoring a church in Portland, Maine, every year they lead a group of volunteers to India where they spearhead a thriving ministry covering everything from supporting women-led micro businesses to sponsoring students to attend Adventist schools. I asked Harry and Judy some questions about their India projects, and Judy was able to spare a few minutes to respond before heading off on another trip.

Question: Every year you both travel to India as an outreach ministry. How much time do you spend there? Where do you go?

Answer: We spend about three weeks working in the Ongole section of Andhra Pradesh.

For how many years have you been doing this?

We have gone on 17 mission trips in the past 16 consecutive years.

Who do you take with you?

We take anyone who is at least 15 years old and wants to go.

Can you tell us about some of the projects you work on while you are in India every year?

We hold evangelistic meetings for anywhere from three to 15 nights, teach women to support themselves by sewing, donate livestock, organize to have wells bored for the villages, have homes built for village pastors and Bible workers, sponsor village children to attend Seventh-day Adventist Christian schools. 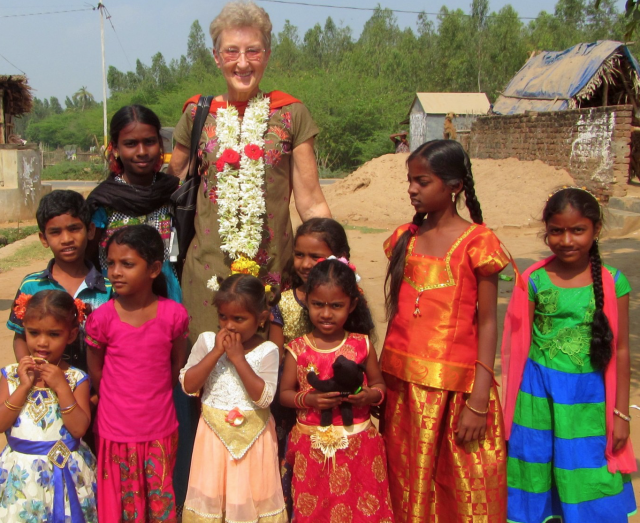 Who supports your India trips and ministries? Are they officially church-sponsored? Where does the money come from?

We are under the auspices of the Northern New England Conference of Seventh-day Adventists, but do not receive any financial support from the conference. Donations are solicited or received privately.

My husband Harry is Indian and became a Seventh-day Adventist Christian while attending one of our Adventist schools in Singapore.

What successes have you had? You have sponsored sewing machines and goats, to help families make a living. How have those sponsorships turned out?

We sponsored 21 women with sewing training and sewing machines the first year we went to India; 19 are doing well. Out of 50 this year, most are doing well and earning a living. The water buffaloes we have provided to families have grown from two to four, and are providing income. We don’t have any recent information about the two goat herds, but they were doing fine at the last report. 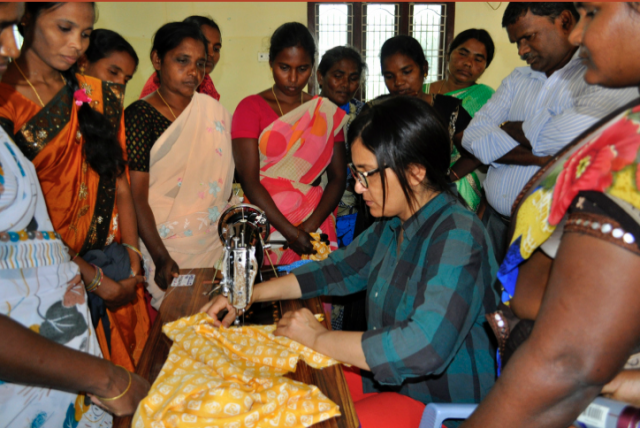 Have you had any less-than-successful projects that you have worked on in India? Things that you might not try again?

We funded the building of 26 churches in the earlier years. Now we are concentrating on building homes for Bible workers, where the need is greatest.

Harry pastors a Spanish church now in his retirement, is that right? Does he speak Spanish?

Yes, Harry has pastored the Portland Hispanic Bilingual Seventh-day Adventist Church in Maine for the last two-and-a-half years. And, no, he doesn't speak Spanish! Harry spent over 40 years in denominational work as a pastor, evangelist, and administrator.

How much longer do you intend to keep traveling to India? Do you have a succession plan for your projects?

Harry will be 74 in January, and wants to “die with his boots on!” so no plans to quit. We will continue to go as long as God gives us health, strength, and means. No succession plans as yet. 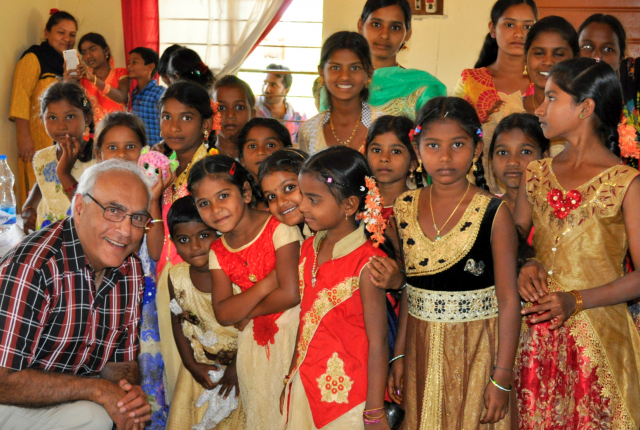 How can people help your projects in India?

The Northern New England Seventh-day Adventist Conference has an India Project Fund that serves all the projects. Those wanting to give can send donations made out to NNEC with “India Project” in the memo, and an attached note stating specifically what it is for. The address is: NNEC, 479 Main Street, Westbrook, ME 04092. It would also be very helpful to us if the donor would email me to let me know the donation has been made. I try to send donors photos of what their money has gone toward: sewing machines, students, Bibles in Telegu for newly baptized villagers, Bible worker homes, etc. My e-mail address is: mainehiker@msn.com

See pictures and more information about the Sabnanis' trips to India at https://judysabnani2018.wordpress.com.