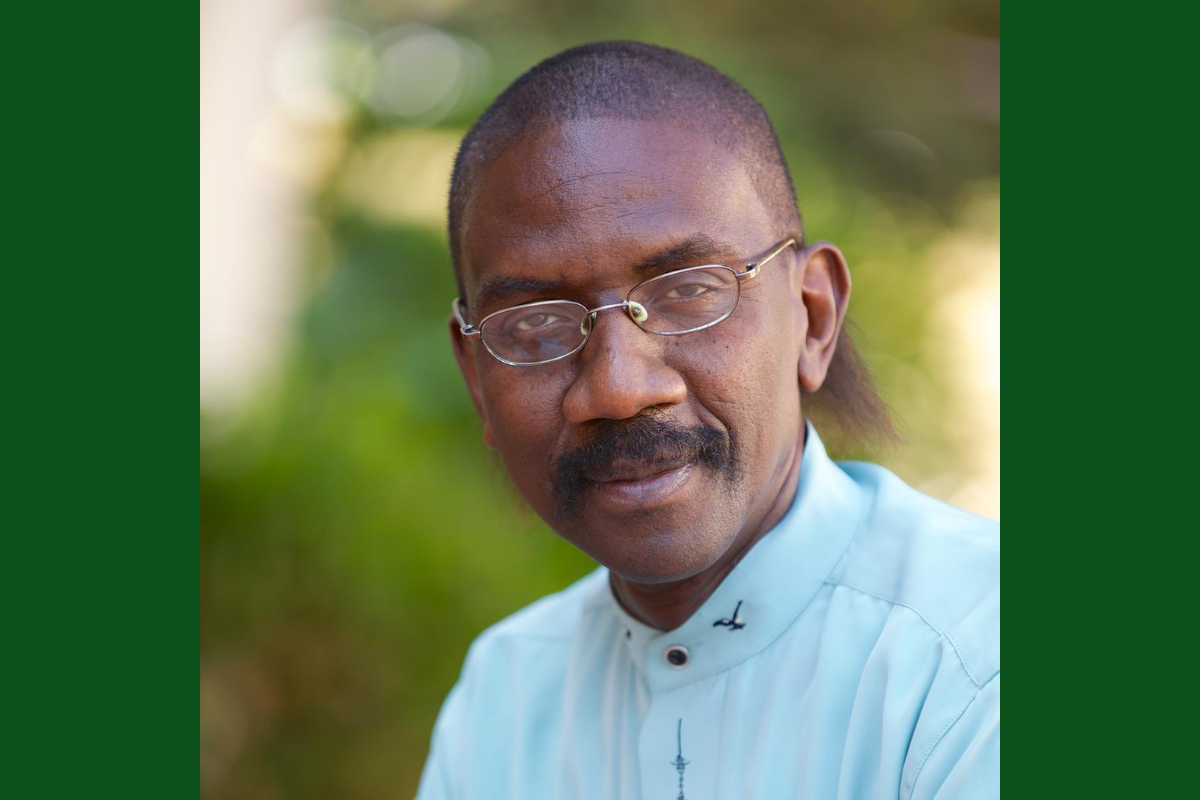 Dr. Eugene Joseph, a biology researcher and professor at La Sierra University, reflects on his educational and spiritual journey. In this interview, he shares some poignant moments from his life and how even in times of adversity his faith in God remains unwavering.

I first learned of Dr. Eugene Joseph from a staff meeting where he led the opening prayer. During this prayer, Dr. Joseph shared that his sister passed away from cancer. She will be remembered by many, especially for the kindness she bestowed on the students at her school. He ended the prayer by sharing how such loss did not lead him to lose faith in God. Rather, even in moments of adversity, Dr. Joseph’s religious conviction remains unwavering.

After being so emotionally moved by Dr. Joseph’s speech, I set out to learn more about him. When speaking with students and faculty at the university, I learned that Dr. Joseph, just like his late sister, is an incredible educator. He has been awarded Biology Teacher of the Year at La Sierra University for four years and received the Excellence in Teaching Award for three consecutive years per student vote.

With this information in mind, I wanted to sit down with the man himself and learn more about his spiritual and educational journey. He was willing to share it with me.

Dr. Joseph’s parents were Seventh-day Adventists. Therefore, he tells me that he was “born” Adventist. Yet, he didn’t fully understand Adventism growing up. He says that he “didn’t feel it” because it wasn’t yet “his decision.” He would attend church, enjoy the activities, and stay out of trouble. But with any and all rules, whether from the church or his grade school, he would ask, “why, why, why?” He was puzzled when no one could give him an answer other than “because I told you so.”

“I hated school growing up,” Dr. Joseph admits, unabashed. He didn’t hate learning, but he hated the way “adults managed things.” He remembers one day in fourth grade when the unsupervised students were talking loudly. When the teacher entered the classroom, she demanded the students sit down, fold their arms, and close their eyes. At the time, Dr. Joseph thought, “This is insane. I’m supposed to be learning something.”

So instead of obeying the teacher, he had the “audacity” to raise his hand in class and shout, “We’re not learning anything!”

He was immediately punished for his disruption.

When Dr. Joseph shares this story with me, he describes it with an infectious grin, seemingly pleased with his bravery at such a young age. Nevertheless, he was frustrated by these rules. He felt that the teachers “just wanted to impose a rule because they could.”

“In tenth grade, I decided I wanted to be an English teacher,” Dr. Joseph tells me. Possibly noting the confusion on my face, he continues immediately, “Why? Not because I wanted to study literature, but because my English teacher Mrs. Annette Michael was the only one who challenged me. The class came alive. When we were learning letter writing, she made arrangements with the post office across the street. They took the whole class on a tour, showed us how to put the stamp on letters and we had pen pals. Finally, we could ask questions!”

This English class was the one time that Dr. Joseph felt invigorated by his schooling experience. In his remaining years of high school, he once again became disinterested. He did well on tests because he was self-taught and inquisitive. Yet, he developed what he calls “bad study habits.” He also wasn’t yet serious about his relationship with God.

Facing Tragedy at a Young Age

At the age of eighteen, two weeks after graduating from high school, Dr. Joseph’s father passed away. There were nine members in his family. There was no doubt that the older members of the family would now struggle to feed the young, that every day would be tinged by the desperate need to survive.

Dr. Joseph considered forgoing his plans to attend university to stay home to help support his family. It was his brother who convinced him to continue on a path toward higher education. If he had a higher degree then he could provide more for the family in the future. In the end, Dr. Joseph decided to attend Antillean Adventist University. Though happy for him, his brother told him that he was now “on his own.”

He had to find a job. He thought of the skills he possessed and decided that he was knowledgeable enough to offer piano lessons. He admits, with a laugh, that he was “no Mozart.” Nevertheless, he took on two to three students for ten dollars a lesson. The only problem with giving piano lessons was that he didn’t own a piano. “And you know, it’s good to have a piano if you’re giving piano lessons,” he adds, his eyes alight with good humor.

To solve this problem, Dr. Joseph and his students would sneak into the music department at night to use the university piano. The money he made from the piano lessons afforded him the ability to live, but he could not afford the university tuition.

At his university, the students who owed tuition were not allowed to take the midterm and final exams in their classes. A list was sent to each professor with the names of the students who could not take the exams. At the beginning of the class period on exam days, their names would be called and they would have to leave the class to visit a financial advisor. Dr. Joseph’s name was always on the list. Yet his name was never called. He took every exam, even though he knew for a fact that his balance was not clear.

After graduating, Dr. Joseph learned that one of the faculty members knew that he was a dedicated student. Trusting in his dedication, the member put a note on the list, allowing Dr. Joseph to take his exams. To further award his dedication, the university offered him a teaching position that would pay off the money he owed. “So, I said, where do I sign?” Dr. Joseph tells me. His laugh is deep and vibrant.

Reflecting on his experiences, Dr. Joseph knows that God was there all along. When his father passed, his whole world shifted. It was at this moment that he made a serious commitment to faith. He started “living, hoping, [and] trusting that things would work out. Not knowing. Just trusting.”

Dr. Joseph believes that God may have had hard lessons to teach him, but these hardships shape his reality and make him the man he is today. God taught him to be disciplined and to be thankful when presented with opportunities. He finds peace knowing that God is there to guide him, in both times of trouble and times of ease.