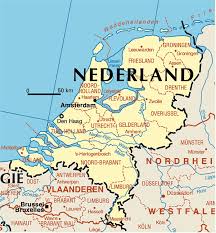 Last Friday the Netherlands Union Conference publicly announced its May 30 decision to begin ordaining women. The Union leadership delayed the announcement until July because they needed "time to properly and correctly inform the Trans-European Division."

In November 2012 the Netherlands Union Conference voted to support the ordination of women, but it was left to the Executive Committee to decide when to begin ordaining women and to consider commissioned women as ordained.

The anticipated May 30 decision means that one woman currently serving as a minister in The Netherlands is now considered ordained, and another woman scheduled to be ordained in September will have credentials on a par with her male colleagues.

The recognition of men and women as equal in The Netherlands follows similar actions by the Northern German Union, and in North America by the Mid-America Union, the Columbia Union, and the Pacific Union. The Danish Union has halted all ordinations, rather than treat men and women pastors differently.

The July 5 announcement from the Netherlands Union Conference reads as follows:

On May 30th, 2013 the Executive Committee of the Netherlands Union Conference of the Seventh-day Adventist Church decided to ordain female pastors, recognising them as equal to their male colleagues. During the Union Session last year the delegates from the churches in the Netherlands charged the church leadership with the task of implementing equality between men and women in the church as soon as possible. After much discussion, and after weighing the many options, the Executive Committee has decided that the best way to implement this equality is through the equal ordination of men and women.

At the Union Session in 2012 the delegates passed the following motion:

"Considering the biblical principle of the equality of men and women, the delegates in session indicate that they reject the current situation of inequality in the church on principle. For this reason, and considering the context of Dutch society, they charge the Executive Board to vigorously promote this perspective in the worldwide church. As quickly as possible, and no later than six months after the next session of the General Conference (2015), equality between men and women will be implemented at all organisational levels of the church in the Netherlands. The equal ordination of female pastors also falls into this category."

As Dutch church we wish to stand firmly behind the principle that all human beings are fundamentally equal, regardless of gender, race, or background. This equality informs an integral part of our fundamental beliefs. The decision not to distinguish between pastors based on their gender falls under this principle. Through this decision the Netherlands Union Conference will be at variance with the policies of the world church. We wholeheartedly wish to follow these policies, and recognise that there must be unity in the church of Jesus Christ. This made implementing the above motion and making this decision particularly complicated. In the end, this decision was the result of weighing the principle of unity against the principle of equality. Other possibilities were also discussed, including the option of not ordaining any pastors until the world church recognises equality, and the option of waiting until the upcoming session of the General Conference of the world church to reach a decision. Ultimately it was decided that from June 1st, 2013 all ordained and commissioned pastors, regardless of gender, will be considered ordained in the Netherlands. In practice this means that Pastor Elise Happé-Heikoop (pastor of Arnhem, Nijmegen and Doetinchem) is now considered ordained, and that on September 21st Guisèle Berkel-Larmonie will be ordained together with her (male) colleague Enrico Karg. The full decision of the Executive Board reads as follows:

"Considering the decision of the 2012 Union Session regarding the equality of men and women (#153), and taking our ethical objections to unequal treatment into account, the Netherlands Union Conference will no longer differentiate between male and female pastors as of June 1st, 2013. All pastors, irrespective of their gender, will be 'ingezegend' pastors. When reporting to the world church, the Netherlands Union Conference will list all pastors as being 'ordained'."

Because of the potentially delicate nature of this topic, it was decided that the communication of this decision would be delayed until July 5th, 2013. This gave the leadership enough time to properly and correctly inform the Trans-European Division. The Netherlands Union Conference has 5276 members, spread over 55 churches and 16 church plants. Last year the 26 pastors in the Netherlands baptised more than 150 new members. In recent years the church has grown steadily, averaging at 3,5%. While some of this growth can be attributed to immigration, the church-planting movement has been particularly successful in reaching the native (Dutch) population in one of the most secular countries in the world.

Read Bonnie Dwyer's report from the last meeting of the Theology of Ordination Study Committee.