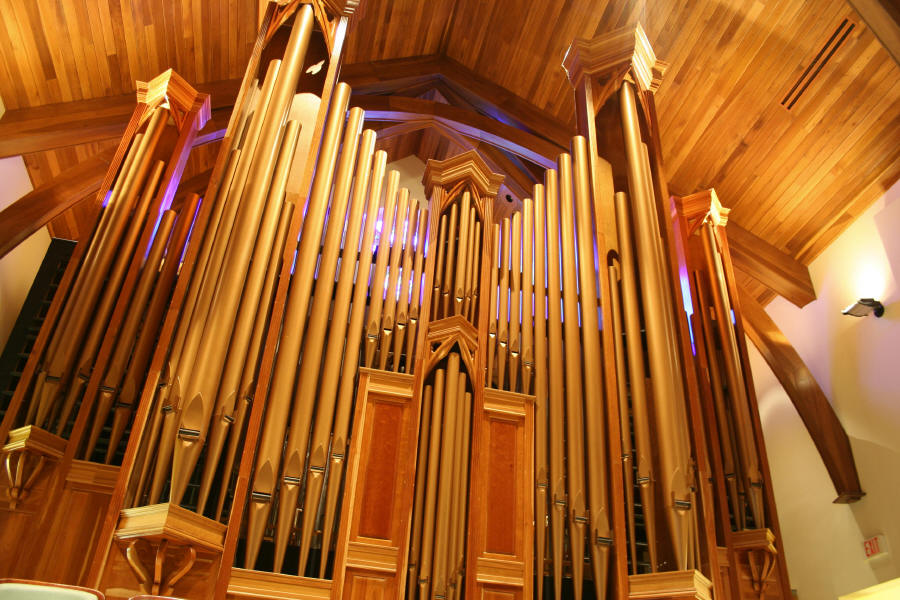 Years ago, I was riding in the back seat of a mini-van with a friend of mine as his aunt and some other ladies argued about a Bible verse in the book of Revelation. The argument got so intense that my friend leaned over and said to me, "You see? This is why I don't go to church." On one hand, my friend had a good point: There is lots of dumb stuff in church. From the old lady who would give her teeth in order to see everyone reading the King James only, to the elder who runs a lamentably sophisticated church land security program intent on keeping the youth pastor in check, church is certainly filled with the cloddish. There are dumb things that we, in our never-ending desire for the ridiculous, consider to be not only important, but brilliant. And so, having redefined dumb as brilliant, we proceed to engage in the most fruitless and unprofitable verbal meanderings known to man. My friend wanted none of it. Was he right?

However, our ongoing pursuit of a wrinkle-free story, while full of impressive chapters, is also swathed in rather embarrassing paragraphs. Had Christianity Today been in existence during the first centuries we might have seen articles titled, "10 Reasons Why Christians Should Reject Hymns,” "Why Christians Should Never Wear Clothes Dyed in Color,” and "Is it Okay to Enjoy Sex With My Spouse?"1 If Relevant Magazine hadn't taken so preposterously long to come on the scene we would have an archive with titles like, "Worldliness in the Church: How the Organ is Creeping In" followed by an equally passionate article titled, "More Worldliness in the Church: The Dangers of Dressing Up for Worship and Why Christians Should Reject This New Trend."2 Unfortunately for us, Christianity Today and Relevant Magazine poofed into existence long after these wrinkles were, to the satisfaction of many, already ironed out.

It is these seemingly ridiculous topics that I refer to as "the most fruitless and unprofitable verbal meanderings known to man." Seventh-day Adventists are far from exempt. Sure, we have our fair share of important topics to debate such as creation, women's ordination, and homosexuality. But we also have our fair share of dumb stuff such as cheese, wedding bands, and drums. It is at this level that we first separate into conservative and liberal camps and begin to play Bible verse pingpong with one another that takes us absolutely nowhere.

Many people look at these petty differences and get turned off to the whole Jesus thing, but that is a dead end. If you are waiting for Christians to get their act together, stop disagreeing on things, and become as monotonic and unvaried as Apple software before you take them seriously, you might be waiting until the proverbial you-know-where freezes over. These debates, brilliant or not, have been going for over 2,000 years and they are never going to go away. But so what if Christians don't agree on everything? We are expected to be a family, not a factory. Factories produce products with no individuality or distinction. Families produce people with different personalities, stories, and worldviews. Christian disagreements, in a sense, capture the beauty of the human story. They capture the elegance of creation. We are not made to be duplicates of one another, but to glorify God by reflecting him in our own unique way.

Now don't get me wrong. I am not suggesting that Jesus-truth is up for auction at the stage of relativism. What I am saying is that even in the midst of all of our debates, particularly the dumb ones, there is no need to be turned off. None of us have a monopoly on truth and even those who are extremely close are, nevertheless, oh so far. We cannot expect everyone to agree with us or to have the same convictions we have. All of us come from different backgrounds and have distinct temperaments, personalities and ways of relating to reality and its multiplex variables. But we can, in the midst of the disagreements, love one another, value each others’ faith-journeys, and capture a glimpse of the beauty of individuality.

Perhaps, had my friend approached the mini-van debate this way, he would have had a much different experience. Rather than self-righteously asserting that the lack of homogeneity among the older generation sitting up front was reason enough to tune out completely, he could have sat back and smiled at the beauty of individuality unfolding before him.

In this “Adventist Culture Wars” series, I will report about the beauty of individuality within Adventism as I experience it. By being willing to listen to the inner voice of the other — the voice that is buried deep underneath the loud vocal contentions — we will be able to love even those with whom we disagree most. While there are truths we can never sell out on, we must remember that the purpose of those truths is to make us more loving — not more quarrelsome. We must allow truth to do its love-work in us and allow that work to shine.

1. Hymns originated in paganism, not churches. Early Christians argued over whether they should be included in church. Some urged that it was acceptable. Others maintained that there was danger in singing songs written by uninspired men and that the church should, instead, sing only Psalms from the Bible. This was argued to be the biblical way and modern hymns were seen as a tool that would eventually bring false doctrines into the church [For more see: A Survey of Christian Hymnody 5th ed., by Reynolds, William J. and Price, Milburn].
b. Early Christians believed that wearing clothes dyed in color was worldly. The argument was "If God wanted wool to be purple he would have made it that way" [For more see: Christianity, by Roland H. Bainton]
c. Though certainly not original to Augustine, the negative view of sex was one this early and extremely influential Christian thinker proposed. He viewed sex as permissible only for procreation and, even then, it should not be enjoyed [For more see: A History of Christian Thought Vol. 1, by Justo L. Gonzalez].
2. The organ originated as a theatrical instrument and was often used to announce the arrival of emperors. As a result, controversy broke out when it was brought into the church for worship [For more see: Encyclopedia Brittanica "Hydraulis"].
b. Dressing decent for church has always been normative, but dressing up was a new trend that swept in during the industrial revolution. Since only the rich dressed up for special occasions the trend was viewed as an attempt to imitate the rich by turning church into a sanctified "cocktail party."  It was resisted by some, but eventually became the norm. Today many are attempting to return to the "dress decent" mode and are being treated with just as much suspicion as the early promoters of "dress up" were treated [For more see Pagan Christianity? By George Barna and Frank Viola].

Marcos Torres, a recent theology graduate of Southern Adventist University,  grew up in a Puerto Rican/American family in New Jersey and now lives in Australia with his wife and children. Read his blog at www.jesusadventismandi.com.