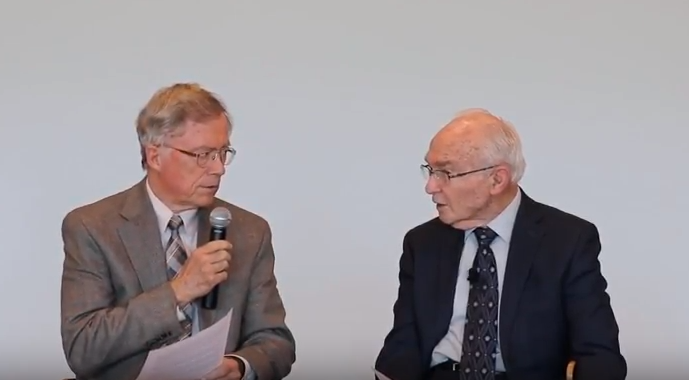 Via Negativia. This term in its strictest sense refers to describing God by making clear what God is not. It more generally means banishing falsehoods on any topic before articulating the truth as one best understands it. The first is removing the stumps and boulders from the building site and the second is constructing the house.

It will be helpful to keep this distinction in mind as Brian Bull and Fritz Guy present for the fifth and final time about their book God, Sky & Land: Genesis 1 as the Ancient Hebrews Heard It. They rightly believe that we cannot know what Genesis 1 means until we understand what it doesn't mean, and that we can understand this only if we grasp what it meant to those who first heard it.

Moshe, the hypothetical person they portray as being among those who first heard this story, might seem by our standards to have been intellectually and aesthetically challenged. Even if this is so, Genesis 1 was polished and re-polished every time its story was told and retold down through no one knows how many generations. By the time of the Babylonian Captivity and thereafter, it had become a magnificent work of art which challenged the creation stories of their captors.

Scholars were first impressed by the similarities between Genesis 1 and the Babylonian creation stories. Now many of them are giving more equal attention to their differences. This scholarly article discusses these differences. Don’t get bogged down in the details. The article's overall view of things is what matters.

You can find God, Sky & Land: Genesis 1 as the Ancient Hebrews Heard It, as well as Bull and Guy’s second book, God, Land, and the Great Flood: Hearing the Story with 21st Century Christian Ears, on Amazon.

If you missed Bull and Guy’s earlier presentations, you can watch them here: