What the MCU Can Teach SDAs 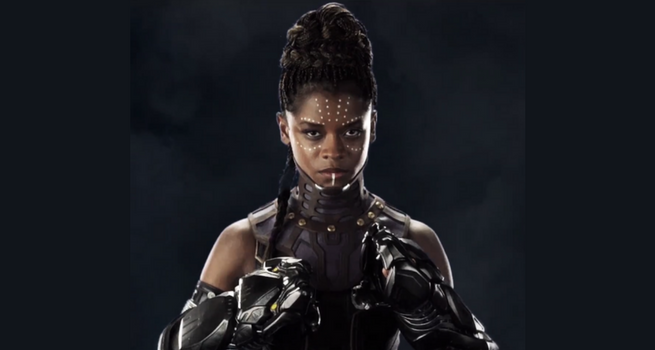 It is easy to underestimate the importance of representation when your identity is seen as the “default.”

Myriad articles, blogs, think pieces, research papers, class curricula, and books have been written about the Black Panther movie—part of the Marvel Cinematic Universe (MCU). Hundreds of groups have sprung up on social media to talk about the themes of the movie—including one Facebook group boasting over 9,000 members who identify in some way or another as Adventists (or at least SDA-adjacent). And it has only been two weeks! Many people do not understand the hype. And others—many of whom are Adventist as well—have chastised those who have seen it, not just because of the usual Adventist anti-theatre stance but also for the focus on traditional African cultures that we have been conditioned for so long to view as antithetical to Christianity. Now, of course I am not advocating syncretism. But, apart from the religious traditions, Christians have been taught that Africanness is simply incompatible with our faith.

In the Spectrum comment section of Christ Whittaker's recent review of the movie, someone noted that our pride should be in the love of God—not cultural heritage. This is something that is oft repeated in Christian circles. We need to “shed” our identities to embrace a unifying new identity as Christian which sounds very nice . . . until you break down what that means. However, only some groups are asked to change themselves; they are asked to set aside their traditional clothing, instruments, and liturgical style for those that are decidedly Christian (read: Anglo). If we are honest, we should all realize that there is nothing remarkably Christian about wearing a suit instead of a djellaba, playing an organ instead of a jembe, or worshiping sitting in a pew instead of by a river. The singing, the preaching, and even the pacing of worship services will be infused with someone’s tradition. There is no “neutral.” No culture is inherently sacred just as none are inherently opposed to Christianity. Jesus is equal opportunity.

In my Spectrum column last month, I wrote about how many churches have “cultural days” to signify a “break” from the “norm.” But no one wants to merely be thrown breadcrumbs of nominal representation. People want to feel integral. That is why it was so refreshing to see black and brown faces populating a blockbuster—not as mere extras or incidental characters but as main participants and crucial actors.

This film wasn’t just significant for black people in general; it was groundbreaking for its treatment of women especially. Women were not portrayed as simple accessories, love interests, or damsels in distress but as agents of meaningful action in their own right. One of the main characters, Shuri, is a teen genius in the Marvel Universe. Another black, adolescent, female character, Iron Heart (who is elsewhere in this comic universe), also has a Superior IQ. Immediate parallels were drawn, and some people commented that the characters should be fused in an upcoming film. That would be foolhardy. After all the pains Marvel took to demonstrate diversity and range for both ethnic minorities and women in Black Panther, it would be a step back to merge two brilliant black female characters into one—especially in a world where there is apparently room for 34 different white male heroes named Chris! There is room for more melanin.

Likewise, if our church is to continue progressing instead of regressing, members need to be intentionally inclusive and consider both culture and gender, not just with background characters but in leadership as well. Not just with tokens, but in real substantial numbers. I recall many years ago when a conference that was one of the few in the NAD who hired female pastors rejected one of my gifted colleagues and friends. The reason given was as straightforward as it was hurtful: the then president stated, “We can’t be the only conference hiring women; we have three already.”

Why think like that? There is so much opportunity for all of us—regardless of gender and color and culture—we can all play substantive roles in this movement for God! As Benjamin Baker pointed out, Adventist women and people of color have already been bold agents of change for Christ. There is room for many more of these stories to be told!

For years we have asked the question of how to keep and sustain our church for the future. The answer is not to whitewash everyone’s traditions and pretend we are not diverse. And the answer is not to set arbitrary quotas for inclusion. The answer is to create an atmosphere where we genuinely embrace a variety of people and allow them all to be integral actors—not just background to a white or all male foreground. And though some may feel threatened because it is a deviation from what many have grown to expect, making this change will not require casting anyone aside. I promise you—there is room enough for everyone.