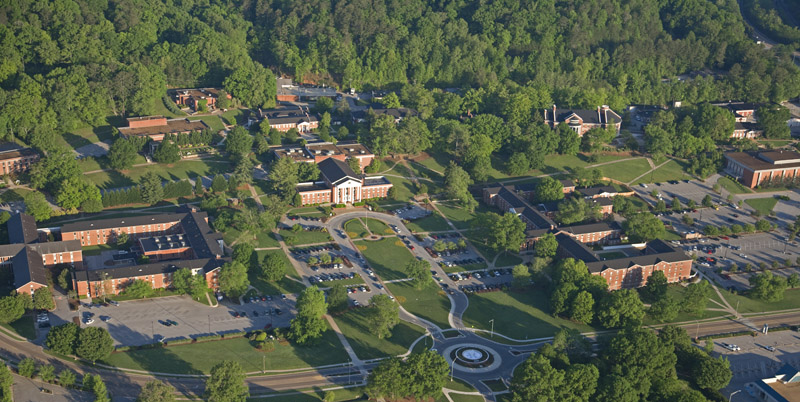 On Sabbath evening, February 3, Southern Adventist University’s Black Christian Union (BCU) held its annual BCU Night. Titled “Past. Present. Future.” the event was an opportunity to “celebrate black culture together as one people,” according to the Facebook event description.

Just when I think southern can’t get worse like.....what...... pic.twitter.com/tTlbVzVBnG

Those on social media were quick to respond to the video, which as of this writing has been viewed over 25,000 times. Southern’s official student newspaper, the Southern Accent, stated in a tweet that “The Snapchat account ‘Southern Stories’ that posted racial slurs at BCU night was not created by or affiliated with SAU administration. There has been some misinformation about this and want to be clear that it was NOT posted on Southern’s official Snapchat.”

Dr. David Smith, president of SAU, sent the following message to the Southern community on Sunday regarding the incident:

Last night I was honored to take part in our annual Black Christian Union (BCU) night and was inspired by the creativity, diversity, and enthusiasm of our student body! This morning, I was sickened to learn that an anonymous person who also attended the BCU event posted highly offensive, racist language on social media regarding the evening. As president of Southern Adventist University, I stand firmly with our students, employees, and Phillip Warfield, our student association president, in denouncing these harmful words and actions.

One of our core values at Southern is to be Christ-centered in every aspect of life on campus, allowing His love in us to influence our behavior, words, and thoughts. Christ’s ministry on earth was one of radical love that transcended earthly divisions; it draws all of us into a community of compassion and equality. Those who hide behind anonymity to spread hate and ignorance toward any person or group are not representative of Southern’s values and have no place in our community.

During our first convocation of the school year, the student body made this pledge: “I will show respect for all members of the university community—their lives, property, and environment. This includes respect for diversity, ethical use of communication technologies, and community service.” All students are expected to honor this pledge.

Students are also expected to report anyone (student, employee, or visitor to our campus) who is engaging in discrimination or harassment, including any based on race or ethnicity. While Southern has no connection with the “Southern Stories” account, we will reach out to Snapchat to request that they will share the identity of the individual who created this offensive post and remove the account which acted in violation of their community guidelines. If you have information regarding the originator of last night’s message, please contact us at [email protected] or use the anonymous form located at southern.edu/report.

Join me in striving to make our campus known for the goodness of our hearts!

Early Monday morning, Student Association President Phillip Warfield tweeted: “It has been confirmed that the individual who posted this is a known troll on campus that uses his fake platform to stir up hate and controversy. He was expelled and banned from SAU some time ago, but sometimes appears since he lives near the area.”

The Southern Accent plans to discuss this incident of racial hatred in-depth in its next issue, stating, “whether you go to Southern or not, we want to hear from you.” The paper is requesting letters of 150 to 200 words be sent to the editor at [email protected].

This is not the first time anonymous racists have used social media to attack BCU celebrations at Southern. In February 2016, several users on the social media app Yik Yak, which is entirely anonymous, shared racist statements. Screen captures immediately began circulating, being shared hundreds of times on Facebook and Twitter.

When asked for comment on this latest incident, Phillip Warfield provided the following statement:

As SA President, I've established a theme called "This Is Us." When I ran for this position a year ago, this was at the top of my list and the major portion of my platform. As the most diverse university in Tennessee, second-most in the American South, and second-most between Adventist universities, I know that Southern has a peculiar mission.

Established in the Deep South, Southern's demographics and variety of cultural celebrations do not reflect the culture of what's around us. Under my leadership, students have had the opportunity to explore others backgrounds and stories in new ways; for example, I've asked our library to establish a Black History Month media list (with books, articles, films, etc.). I've also asked our Marketing and University Relations team to create banners (focused on Black History Month and This Is Us) that will hang around our campus—the same will be done for very many of the cultures on our campus. At the end of the year, all of this will culminate in a multicultural performance night, the likes of which have not been done before on our campus.

During my time here, I have also alerted administration and deans of incidents when the Confederate flag has been seen on campus. Our President has taken immediate steps to see that that no longer happens on our campus. There are many committees, meetings, and groups that meet on campus to discuss the issues of diversity and inclusion to keep making positive change on campus—these groups are made up of students, faculty, and staff alike.

This incident that happened this past weekend doesn't represent the everyday life on campus, specifically for people of color. I do feel, however, that there are micro-aggressions and frustrations that are not always reported to the people on campus who are truly trying to help. Unfortunately, there is an extreme minority of students who choose to make awful comments, just for the sake of controversy and knowing what Southern has represented in the past. It is also important to note that the video that has been circulating social media was not done by a Southern student. There are people at Southern who are indoctrinated with a very specific approach on handling such issues. Some of them don’t know that they’re being offensive or discriminatory. It’s important to know that this is a walk and we have to do this together. It takes time.

As of this writing, the Snapchat account “Southern Stories” is still active.