Patriarchy Takes Away a Woman’s Voice

Patriarchy Takes Away a Woman’s Voice 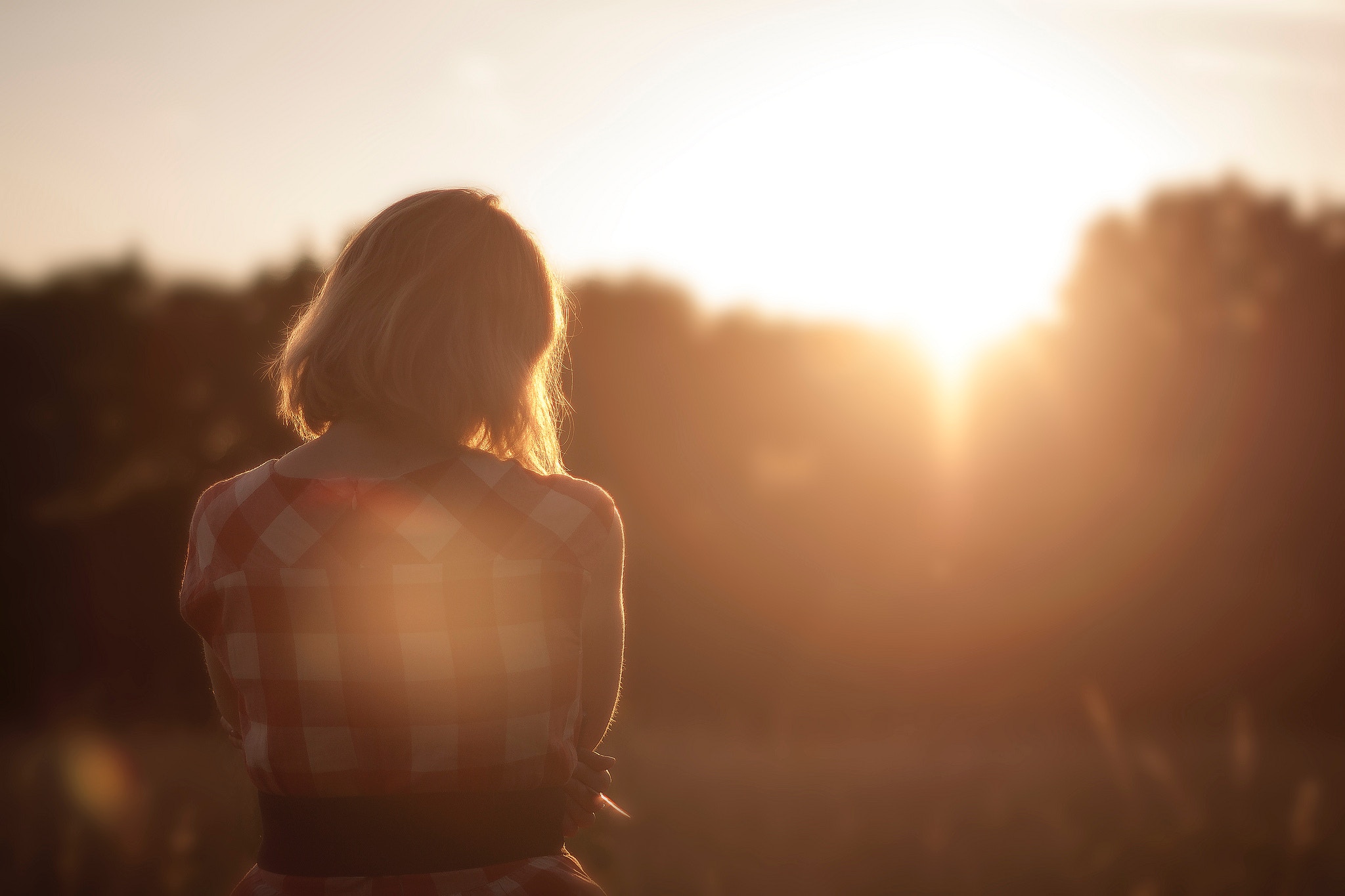 I learned from my mother that women must be strong and have voice. The third girl born to mission-minded parents, she was born in 1922 in Jackson County, Alabama, a place where her Midwestern parents had moved after training at Madison Sanitarium. She was formed in the Seventh-day Adventist world, and stayed there for her 90 plus years. Though she did not have all the details worked out, she consistently and constantly encouraged her daughters and granddaughters and any female friend to think and act independently and to speak feelings without shame or fear. Mother adopted this as a personal core value; she would nurture strength in any female with whom she had contact. This stance is personal for me.

I discovered Carol Gilligan’s, In A Different Voice, thirty five years ago while studying for a Master’s degree in Nursing at Loma Linda University. Gilligan exposed the truth that most psychological theories about development and maturity were based on men. Looking back at my old paperback version of her book, I see only a few markings. Reading it again now, with decades of life experience, I enthusiastically marked a lot more. I had the same experience last month as I reread Mary Pipher’s 1994 book, Saving Ophelia, which highlights tensions of adolescent girls in the United States. That is to say, as I age, I am convicted that my mother’s passion was correct. Empowering women is the most impactful task of our era.

As I wrote last month, Riane Eisler (2002) highlights the power of stories and guiding myths in any group of people. Eisler does not want women to feel constrained by a particular stereotype, and the stereotypes for women come from both directions. Women are constrained by the typically “religious” story of male patriarchy that states females are naturally passive and dependent on males. Women also feel the tug of the secular definitions of “maturity,” and according to Gillligan (1982), the “experts” have based these developmental theories on scientific research that has, for the most part, been done on men.

Adolescent girls in the United States feel a sort of existential unrest as to what is expected for an adult woman. The religious patriarchal pardigms are stifling, and the psychological theories about maturity do not address the relational components that are foundational for women. Furthermore, as a female moves to adulthood, she will sense a societal double standard about how women and men function as parents. Men get accolades for doing well when they choose to give attention to their families. The narrative for women, on the other hand, states they must achieve just the optimal amount of involvement with children. Society implicitly blames women for their children’s problems and categorizes mothers as either having spent too much time parenting — overly protective, or too little time — neglectful (Pipher, 1994).

So, what do we do with the rise of male headship in our denomination? How does this affect young Seventh-day Adventist girls? One can find a lot of materials written about ordination and male headship. I do not want to be redundant, but I will share some research on patriarchy and the limitations that a default patriarchal stance places on at least half of society. Also, I suggest that nurturing the voice of women is not only a healthy step for women but for all. Hopefully, this essay will invite the reader to consider that patriarchy — male headship — contaminates any society in which it dwells and handicaps all in achieving wholeness. A patriarchy undermines the ideal of allowing each human to have a voice. A patriarchy, that values certain voices more than others, provides fertile ground for the seeds of scapegoating. One of the positions from the Theology of Ordination Study Committee (TOSC) supported a biblical interpretation which sees a trajectory toward human freedom and equality throughout the canon and rejects male headship. This view is in line with what social scientists are discovering is healthy for society as it values every human life.

When the United States Constitution was written, a White Christian Patriarchy had no vision that women could be involved in self-determination or that slaves or Native Americans should be given consideration as people. That is the power of an overarching story or “myth.” White Christian Patriarchy needed no definition, then, as it simply was understood to be “truth.” From its inception, our own denomination appeared to be taking steps (maybe baby steps) away from this stunted understanding of hierarchy, but the recent enthusiasm for male headship in Christianity takes us away from the societal trajectory of equality.

How did the sophisticated, culturally accomplished Europeans fall into fascism (a mindless movement) just a few decades ago?

If I had been a German (or a Seventh-day Adventist German), would I have seen reality or would I have been deceived?

Carol Gilligan and David Richards (2009) make the case that European fascism had its underpinnings in Roman patriarchy. As a society, the toxic effects of patriarchy on both men and women allowed the culture to see fascism as reasonable and preferred. The Roman patriarchal psychology of violence and power created the idea of “male honor;” thus, European men were in a vulnerable place. A threat to tribal honor makes one vulnerable to scapegoating. A threat to tribal honor, if not handled honorably, makes one blame any difficulty on others who are less powerful. This stance helps to explain Christianity’s long history of scapegoating Jews. Scapegoating, of course, hurts the affected group, but also hurts the oppressors by irrationally skewing its members' sense of truth.

The notion of persecution comes directly from Augustine’s legitimation of the value of rooting out any opposition to “truth":

Opposing views are suppressed, facts distorted or misstated, thought disconnected from ethical reasoning, and ultimately, deliberation in politics is denigrated in favor of violence against dissent and the glorification of such violence. Paradoxically, the greater the tradition’s vulnerability to reasonable challenge, the more likely it is to generate forms of political irrationalism, including scapegoating of outcast dissenters, in order to secure allegiance.

This phenomenon illustrates the paradox of intolerance. A certain conception of religious truth is originally affirmed as true and politically enforced on society at large because it is taken to be the epistemic measure of reasonable inquiry. . . But the consequence of the legitimation of such intolerance for alternative conceptions is that standards of reasonable inquiry, outside the orthodox measure of such inquiry, are repressed. In effect, the orthodox conception of truth is no longer defended on the basis of reason but is increasingly hostile to reasonable assessment in terms of impartial standards not hostage to its own conception. Indeed, orthodoxy is defended as an end in itself, increasingly by nonrational and even irrational means of appeal to community identity and the like (Gilligan & Richards, pp. 129,130).

Former Catholic Priest, James Carroll (1996), also places Augustine at the root of the patriarchy that yielded antisemitism. Indeed, Carroll offers a sweeping account of how violence invaded Christianity via a notion of patriarchy and a neglect of partnership underpinnings. Carroll joins many historians who claim that Constantine’s use of Christianity for political purposes actually created a sort of counterfeit movement, willing to use violence to enforce compliance with dogma.

Valuing all voices is a tool to combat patriarchy. An ethical voice is willing to question preconceptions and practice. An ethical voice notices relationships. “What underlies the psychology and ethics of resistance is the voice of the psyche revolting at conceptions and practices that rest on lies and must, to survive, kill one’s sense of relational truth and presence” (Gilligan & Richards, p. 137). A patriarchy does not allow each person to have voice. A patriarchy enforces a hierarchical arrangement of authority for authority’s sake. A patriarchal stance distorts politics and undermines science and ethics.

Patriarchy’s error lies in wedding us, men and women alike, to a false story about human nature and then characterizing our resistance to this story as a sign of pathology or sin. The long-standing divisions of mind from body, thought from emotion, and self from relationships enforce a kind of moral slavery in that they erode a resistance gounded in the core self and cause us to lose touch with our experience. (Gilligan & Richards, 2009, p. 197)

A focus on the life of Jesus will assist in the task of grounding Christianity in a belief system that dispels patriarchy and promotes equality. Such scholarship uncovers a lost voice. Jesus called his Father Abba, which is an Aramaic term for an approachable, solicitous, loving Father. Jesus’ emphasis involved a particular attention to women and the marginalized, and this was a pushback to patriarchal society. “Jesus teaches and ministers to women in ways that speak to their subjective experience, including their suffering as women, even when traditional outcasts. The experience of women as equally subject with men to God’s loving attention is a frequent focus of both his parables and judgment sayings, as well as of his ministering concern” (Gilligan & Richards, 2009, p. 124).

Speaking of Christ, although he frequently refers to God as Father, I believe Jesus is a deconstructor of patriarchy, not a defender. Consider:

His fatherly metaphor decenters the dominant kingly metaphor of his day, toning down kingly patriarchy to familial patriarchy.

The familial patriarchy of his parables and aphorisms (If you, being evil, know how to give good gifts to your children, how much more …?) emphasizes kindness, compassion, and love, not power, domination, punishment, and revenge.

He exposes the inherent dishonesty of patriarchy with powerful political insight when he says, “Call no one Lord … Call no one Father.” (Matthew 23)

He turns patriarchy upside down and inside out when he washes his disciples’ feet. Peter’s negative reaction can be seen as Peter’s (and the church’s?) resistance to Jesus’ radical rejection of patriarchy.

Clinical psychologist Mary Pipher (1994) embraces the hope that daughters can learn to recognize their true voices as a basic step to combatting patriarchy. Pipher calls this “awakening therapy.” This is an effort to raise consciousness of girls to the goal of becoming whole adults in a society that encourages superficial veneers. Positive independence can occur at quiet times in nature or during spaces when adolescent girls are allowed to speak about their differences with parents. Over time, Pipher encourages her clients to ask themselves a series of questions. “How do I feel right now? What do I think? What are my values? How would I describe myself to myself? How do I see myself in the future? How am I similar and different from my mother? How am I similar and different from my father? What kinds of people do I respect?” (p. 255)

God desires and allows all people to be unique. Let us release girls from a corset of patriarchy and listen to their voices. God’s creative genius is infinite. Look at all the stories of faith in Hebrews 11. Each is an example of an original faith walk—with God.

Mother passed away almost three years ago. I still hear her voice. I am finding my own.

Photo by Leon Biss on Unsplash.