Which Story: Domination or Partnership?

Which Story: Domination or Partnership? 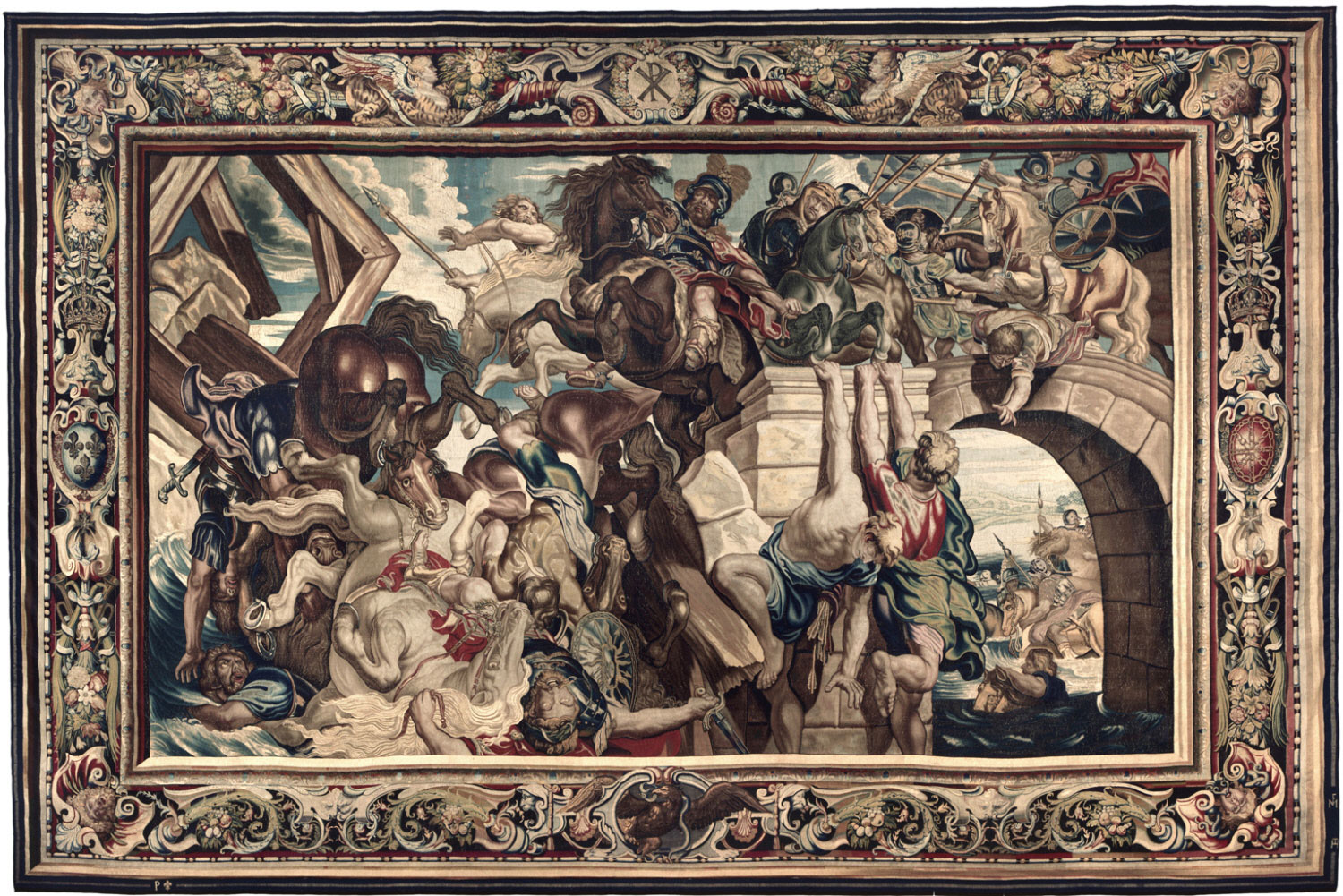 Cultural historian, Riane Eisler (2002), sees all levels of human relationships as seeming to exist within a framework stretched between two models: a domination/control model and a partnership/respect model. The domination model features fearful obedience, top-down hierarchy, lack of transparency, guided by stories that support this milieu. The partnership model consists of hierarchies to facilitate individual actualization, nurture, transparency, abundance, and the players within the framework focus on stories that illustrate partnership. These two frameworks can be used as references when observing interpersonal, workplace, family, and societal relationships. In reality, the models are not true binaries as relationships are complex and can be plotted in varied spots within a web of many factors. Many components of society serve to buttress whatever model is in place, but, perhaps, the most powerful reinforcement is the stories to which people cling as sources of wisdom and guidance.

Consider a strategy that was in play at the General Conference’s Autumn Council a few weeks ago. This is the concept of battling Ellen White texts. Whatever quote is emphasized becomes a sort of guiding font of wisdom. Some shared quotes that implied the General Conference had final authority over all the church. Others shared different words from her pen which stated this was not the case. All of us could agree that context matters and that a careful and caring person could spend a lot of time categorizing her writing and putting it in the correct setting. Which story is the source of wisdom?

Consider the battling Bible of texts which, sadly, the denomination has been playing for about a decade on the subject of women’s ordination. Which scriptural story is most instructive for what should be done now?

Imagine changing the vantage point from 18 inches (distance from one’s eyes to a text) to a heavenly vantage point. What stories do we use to guide a group of Christ followers who are seeking to live the kingdom now? What does a molehill look like at 30,000 feet? What is Jesus trying to do now? What project did He inaugurate 2,000 years ago?

Eisler’s book, The Chalice and the Blade (1987), exposes gaps and assumptions and oversights in the typically accepted stories of human history. The book is full of overlooked stories and angles and archaeological discoveries that provide an alternate way of looking at history. One example is an ignored aspect of Constantine’s early use of power on behalf of Christianity in the Roman Empire:

According to Christian historians, it is said that in 312 C.E., on the day before Constantine

defeated and killed his rival Maxentius and was proclaimed emperor, he saw in the setting sun a divinely sent vision: a cross inscribed with the words in hoc signo victor seris (in this sign you will be victor). What Christian historians usually fail to report is that it is also said that this first Christian emperor had his wife Fausta boiled alive and ordered the murder of his own son Crispus. But the bloodshed and repression that ushered in the Christianization of Europe was not confined to Constantine’s private acts. Nor was it confined to his public acts and those of his Christian successors, such as later edicts that heresy to the Church was now a treasonous act punishable by torture and death.

Constantine violently turned Christianity on its side, skewing the main goals inaugurated by Christ and harnessing the Kingdom of God into a political enterprise of domination that would be concerned with insiders and outsiders and winning and losing. Thus, Constantine, widely revered among Christians, was responsible for bringing a level of authoritarianism and domination into Christianity, changing it from the community based, peace-loving group that it had been in the early centuries after Christ. Was such a move in alignment with the sort of kingdom described in the gospels by Jesus Christ?

Eisler draws a trajectory between what Constantine did and what has happened recently in the United States:

If you look closely at the teachings and policies advocated by leaders of the Christian Right in the United States, you will see they are often the polar opposite of the teachings of Jesus. Whereas Jesus challenged the rigid rule of the religious hierarchies of his time, these men (and occasionally women) are bent on controlling all aspects of our lives — from our family relations to our political relations. Whereas Jesus taught caring, compassion, empathy, and nonviolence — in a word, the fundamentals of partnership — the leaders of the Christian Right preach the fundamentals of the domination model. They preach fear, as in ‘You’ve got to put the fear of God into people,’ guilt, as in ‘You’re a sinner,’ prejudice, as in the vilifying of people of different races or sexual orientations, and scapegoating, as in ‘Feminists are out to destroy the family.’ (Eisler, 2002, p. 107)

How could we stray so far from the original kingdom plan? Religion scholar, Marc Gopin, sees religious groups as being prone to over reliance on stories and emotional vulnerabilities and personal resentments. Also, religious groups are vulnerable to the temptation to generalize as enduring truths the stories and myths. This leads to a “hasty tendency to suppress evidence of causes that the conflict resolver may revile for one reason or another” (Gopin, 2002, p. 4).

Look at how the domination authoritarian truth set into motion by Constantine’s drastic maneuvers has supplanted the earlier Christ-centered stories of partnership and nurture which were taught and lived by Jesus Christ — the founder of Christianity. Maybe Christianity’s guiding stories have been warped over time and our views of how to live in a Jesus Kingdom now are misguided.

Walter Wink (1992) states that “the gospel has a very specific context, even if it has been essentially the same context for five thousand years: the Domination system. And the gospel has a specific response to that system: the liberating message of Jesus. The gospel is a context-specific remedy for the evils of the Domination System. This means that the overthrow of any particular manifestation of oppression can never satisfy the demands of the gospel if what replaces one form of domination is simply another” (p. 48).

Wink pushes back on what has become an orthodox Christian worldview that features an authoritarian view of God as he unpeels Christian history to reveal a more partnership-oriented model which he sees as compatible to what was taught by Jesus Christ 2,000 years ago. Wink labels his two frameworks: 1) domination system, and 2) God’s domination-free order. Readers familiar with Eisler’s work will recognize similarities with these descriptions. Seventh-day Adventists should see similar threads in the writings of Ellen White, particularly in The Great Controversy.

It seems that Christianity in the United States has been hijacked by the wrong narrative, becoming a politics of identity in which a main project is finding the errors in other groups. Has our denomination also been hijacked by this wrong narrative? People become like the God they serve. The adage is instructive. God’s project has become skewed because the wrong stories have been emphasized, thus covering up the truest picture of what God is like — that is the picture depicted by the life and teachings of Jesus Christ. Constantine’s massive shift to make Christianity into a political tool used for authoritarian purposes has slanted the Christian narrative to such a degree that it might not be recognizable to those who were part of it in its earliest years. Jesus Christ exhibited a humble listening which always left each person in charge of her own life. This was a partnership project not a domination project. If we are worshiping the wrong God, we are worshiping an idol.

No longer do I call you servants, for a servant does not know his Master’s business. Instead, I have called you friends. —John 15:15

Image: Wikimedia Commons / Triumph of Constantine over Maxentius at the Battle of Milvian Bridge