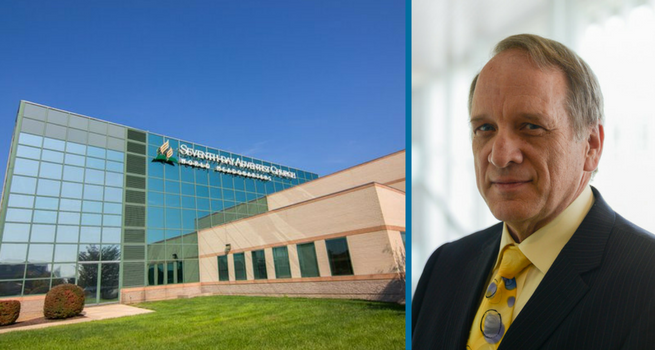 On Tuesday, reports began circulating that Thomas Lemon, general vice president of the General Conference of Seventh-day Adventists, was no longer chair of the Unity Oversight Committee.

The Committee, which was created after the 2016 Annual Council, was tasked with reviewing the processes outlined in the document “Unity in Mission: Procedures in Reconciliation” and monitoring and assisting divisions toward compliance with General Conference policies.

On Wednesday, Lemon confirmed to Adventist Today that “he and GC president Ted Wilson agreed together that the committee should have a new chairman.”

Yesterday, the General Conference issued a short statement concerning the situation which read as follows:

While there has been a discussion of a possible change of leadership for the committee, no action will be taken until the Administrative Committee of the General Conference meets to consider the matter.”

Sam Neves, associate director of communications for the GC, confirmed that the Administrative Committee (ADCOM) must vote on any change in leadership before it takes effect. “There is no story,” Neves said, until ADCOM meets to vote. He added that the Committee could choose to keep Lemon on as chair.

According to Neves, ADCOM will not meet again for at least six weeks, after President Ted Wilson returns from his current travels.

Additionally, there seems to be confusion surrounding the proper name of the committee in question. In official documents, including the recent “Procedures for Reconciliation and Adherence in Church Governance Phase II,” the committee is referred to as the “Unity Oversight Committee.” However, during Annual Council last week, delegates on the floor started referring to the committee as the “Unity in Mission Oversight Committee,” a name which seems to have stuck, and has appeared in reports from various news outlets. Neves said the GC communications team is looking into which name is correct.

The lack of consensus may stem from the fact that the name of the initial 2016 document that outlined the procedures for reconciliation with non-compliant entities is “Unity in Mission.” It seems in the weeks ahead, the Committee may be tasked both with finding a new chair and deciding on its official name going forward.

Thomas Lemon has declined requests for comment on the GC’s statement regarding his leadership of the Committee or ADCOM’s role in the matter.