Moving Forward with Mission: A Conversation with the NAD President 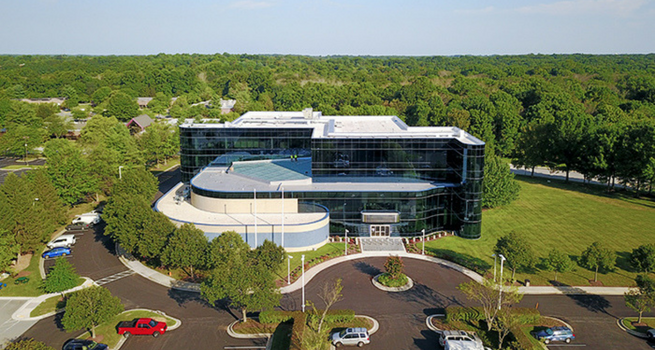 The Advent movement began in the United States after the Great Disappointment in 1844, with the Seventh-day Adventist Church becoming an official denomination in 1863. In 1979, Charles E. Bradford was elected to succeed Neal C. Wilson as president of the North American Division (NAD). Wilson, who served as a vice president in the General Conference with responsibility for North America, moved on to become president of the General Conference. Bradford, the first black person to serve as NAD president, and his administrative team, were instrumental in the NAD’s development toward functioning as a division territory of the Adventist Church.

With interconnectedness at many administrative levels, the North American Division was not viewed as its own entity before 1985. Just a bit more than three decades later, the separation of the two entities has taken a big, physical step forward as the NAD moves into its own headquarters in Columbia, Maryland, in September.

In the following interview, Daniel R. Jackson, president of the Seventh-day Adventist Church in North America since his election in 2010, shared his thoughts about the move, the division, and the General Conference, just a few weeks before the division was scheduled to fully occupy the new headquarters 12.5 miles northeast of the church’s world headquarters in Silver Spring.

WATCH the interview or read the full transcript below:

Dan Weber, NAD Communication director: This month, the division moves to our new location. With this move, what are you most excited about?

Jackson: We are sitting at the entrance to a very exciting place for the North American Division. It’s not finished yet, but we are in what will become known as the Charles E. Bradford Conference Center. What excites me the most about this space is that we’ll have not only areas for meeting, but also areas for training. This part of the building offers a huge amount [of space] for the mission of the church where we can also utilize it for different activities in the community. It is a multipurpose area.

To be honest, this whole building makes me excited because of the statement it is making: The North American Division, as a part of the world mission of the Seventh-day Adventist Church, is growing. That ought to make people rejoice. The mission of the church is going to move forward — it is moving forward, and it is going to move forward in an increasing way in this division. 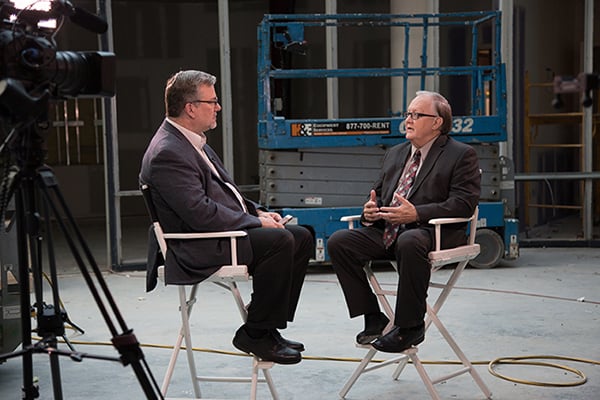 What was the area we are sitting in?

There was a huge tree here when we bought the building. The architect had a beautiful vision of a gathering space for the conference center. And so the idea of the atrium was born. We dug out the tree, and there is now a glass ceiling right above us — it’s almost all in place.

Through the years, the natural progression toward growth and fulfilling division needs has occurred. How is this move part of the development of the NAD as a world division?

There are several practical reasons for the move. There are some philosophical reasons as well. But practically speaking, in the offices in Silver Spring that we shared with the General Conference, both the NAD and GC were just running out of space. That was a little impetus to consider what we might do.

Every organization progresses. It moves ahead. Something that is born has to grow. The move to this address has everything to do with the growth of the North American Division and the missional vision of the NAD. Not only now, but for the future. How does the NAD purchasing and moving into a new building benefit the local church and church member in the long run? In what ways will the NAD having its own headquarters affect them?

For the person sitting in the pew, looking at a new building, the question is there: Why can’t that money go into mission?

There’s more than one part to that answer. We’ve said to our employees again and again that the move to Columbia is not a move about a new building or having more space; it has everything to do with mission.

You know, Jesus is coming soon, and as a division we have started to implement strategies and programs that are affecting the local church. We are working very hard with the Mission to the Cities objectives. We have what we call the “Compassion Movement,” the North American Division’s expression of the church’s Total Member Involvement [initiative].

We needed more space to dream, to plan, and to collaborate in order to develop the kind of programs that will impact the local church.

And yes, we do impact the local church. People might not think it’s noticeable, but the fact is that what happens in the local church had a seed planted by some individual in the General Conference, in the North American Division, that grew and developed and became a part of the tradition or the practice of Seventh-day Adventism.

But whether it is the fact that we are working with local congregations to plant new churches or are assisting congregations in their compassion movement – that comes out of the NAD. And we are now in the process of planning how we can reach out more effectively to our youth and young adults — developing the kinds of programs where we will actually bring people in from the local church and develop materials to really capture the minds of our young people.

You mention being intentionally mission focused — part of that is being a good steward. Members will likely wonder how much debt we have incurred with the move.

As we move into the building this September, we will have no debt. We have paid for this building out of reserves held in a fund that otherwise was being utilized for rent. During the past 20 years we’ve probably paid in the vicinity of $20 million in rent, and yet we have nothing to show for it.

We had very good landlords who gave us desks and power and air conditioning, but we didn’t own anything. As a matter-of-fact, one of the only things we will bring to this building in terms of office furniture is the desk in my office, which all the NAD presidents have all sat behind. Though we have expended considerable funds, the fact is they are now invested in something we actually own. 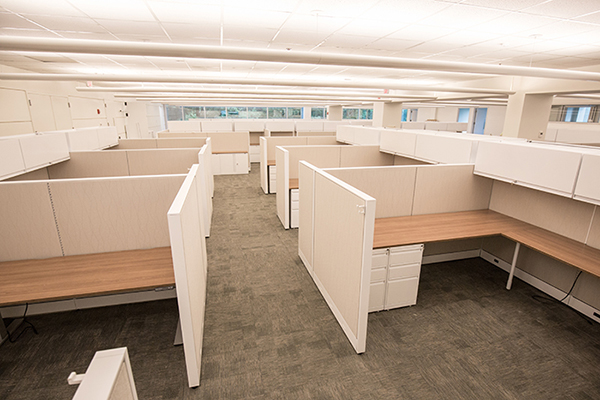 One final question. What does this building mean, moving forward, about the relationship with the GC?

In a discussion with Elder [Ted N.C.] Wilson, [president of the General Conference], I said, “What you cannot see when you’re close to the trees, when you move back you can all of a sudden see it.” I added, “You will be amazed at the loyalty of the North American Division when you see it at a distance.

The NAD has been and continues to be one of the most faithful divisions in the world when it comes to the mission of the church. Our people, our administrators across this division, are committed to the goals, the dreams, and the aspirations of the Seventh-day Adventist Church—worldwide.

And part of that faithfulness is a dedication to the mission.

The North American Division is growing, it is expanding, and by God’s grace, and through the power of the Holy Spirit, His mission will be achieved in this division — and then we can go home. Jesus is coming soon, and we’ll be able to go home. 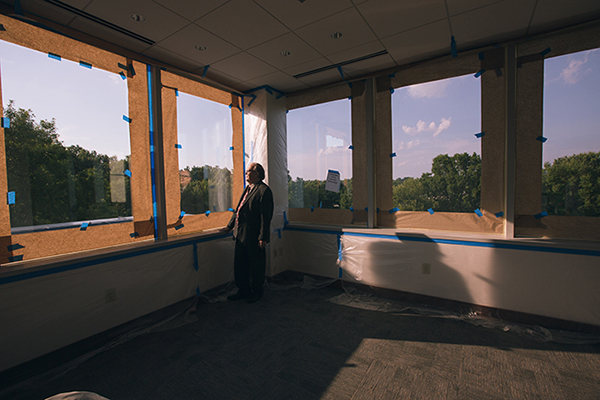 The property at 9705 Patuxent Woods was purchased for roughly $19.5 million dollars. The building is about 120,000 square feet in size and sits on 11 acres of land. The current space occupied at the General Conference by the NAD is around 35,000 square feet.

Renovations in the new NAD headquarters will run about $11 million dollars. The building was originally built in the mid-1980s and needed some maintenance work done to fix what had been neglected. Space on the first floor with also be utilized for the Charles E. Bradford Conference Center, which will allow the NAD space to hold year-end meeting and other meetings that would normally be held outside the headquarters at a substantial cost. The cost of the new building runs around $258 per square foot.

The NAD did not incur any debt in the purchase of the building or the renovations involved. Funds were transferred from reserves to cover these costs. Also, the GC gave the NAD an amount of $3 million dollars to help pay for the new headquarters. In the past, the GC has done this for other world divisions establishing new headquarters.

During the past 20 years the NAD has spent more than $20 million dollars in rent and services to the GC.

The North American Division headquarters is located in Columbia, Maryland. Here are some interesting, unique features of the glass-enclosed building, and other helpful information.

The interview and information above were originally published by the NAD Communication team on the North American Division website and are reprinted here with permission.