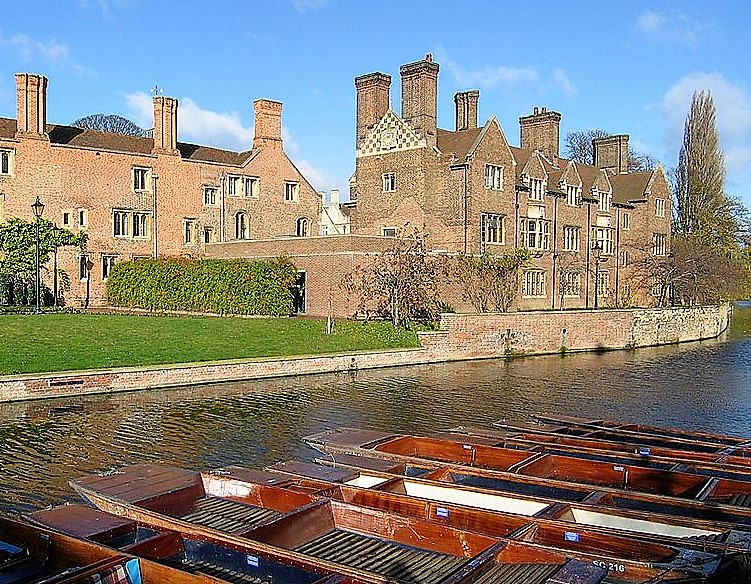 I’m an Australian-born, Anglo-Irish, white male of a secular background.[1] I have no reason to regret any of these characteristics as none of them were by my conscious choice. Nevertheless, on occasions I’ve felt embarrassed and even ashamed of some of these features. On my way to Britain, in late 1968, to attend university, I stopped for several days in South Africa. I was confronted with apartheid in its extreme form. The vicious pettiness of it shocked me, and I felt ashamed of being white. British students soon challenged me on my own turf and reminded me of Australia’s appalling treatment of its own indigenous people. I grew up in a working-class home, still in total isolation from the first nation. The more I learned of their degradation at the hands of white Australians, the more ashamed I felt of being one of them.

My studies in New Testament religion made me aware of anti-Semitism. Further study revealed an appalling history of Christian persecution and hatred of Jews. Visits to several holocaust museums simply reinforced my embarrassment in admitting to being a Gentile, let alone to being a Christian. In the name of Christ, but not in the truth of his teachings, dreadful things have been perpetrated against Jews and others.

When I first met the woman who was to become my wife, she asked me if I knew that Swedish women were equal. “Sure,” I said, and thus began the first lesson.[2] The truth of gender equality seems so obvious to me now that I cannot believe I was ever ignorant of it.[3] The fight women have had for equality in employment and salary, the battle they endured to gain the vote, and the struggle they undertook to obtain an education are shaming facts of history.[4] In 1988 (yes, as late as that!) Magdalene College in Cambridge, U.K., which was founded in 1428, finally opened its gates to female students. It was the last college of the University’s network to do so, and the flag flew at half-mast and all the students, and lecturers (dons) wore black armbands.[5] One sometimes feels like apologizing simply for being a male. I leave aside but do condemn such criminal acts as domestic violence and rape.

So what of Peter’s apparent acceptance of dominant states (1 Peter 2:13–17), brutal slave-owners (vv. 18–23), and overbearing husbands (3:1–6)? Jesus certainly taught us the futility of reacting to violence with violence (Matthew 5:39), but that does not mean he advocated a passive tolerance of injustice. There is a third way, as the late Walter Wink passionately proposed—the way of nonviolent resistance.[6] Peter is anxious that the early Christian movement not abuse its freedom in Christ with any hint of insurrection. “As servants of God, live as free people, yet do not use your freedom as a pretext [subterfuge] for evil” (2:16).[7]The end of all things has drawn near (4:7), so in the time that remains “conduct yourselves honorably among the Gentiles, so that, though they malign you as evildoers, they may see your honorable deeds and glorify God when he comes to judge” (2:12).

Peter, no less than Paul, urged the early believers to “overcome evil with good” (Rom 12:21). Thus he wrote, “Do not repay evil for evil or abuse for abuse; but, on the contrary, repay with a blessing” (3:9). The great exemplar of this sterling behavior is, of course, Christ, who “when he was abused, he did not return abuse; when he suffered, he did not threaten; but he entrusted himself to the one who judges justly” (2:23). But how does this help when your own government drops bombs on you? Does “your good conduct in Christ” put such abusers to shame (3:16)?  It can if there are sufficient numbers and resolve to mount a rally of nonviolent resistance. Usually, the response to such unjust abuse is either flight (refugees) or fight (civil war), and the price in both cases can be huge, and the resolution of the conflict can be prolonged in coming and impermanent in duration. Violence may be better than passive submission, but Gandhi believed the third option of nonviolent resistance could always be found.[8]

So where do we start? Peter gives us a clue: to “love one another deeply from the heart” (1.22; 4:8), “to love the family of believers” (2:17). However, we should give heed to Gandhi’s caution that “love among ourselves based on hatred of others . . . is never real love.”[9]This of course is the teaching of Jesus.[10]The only thing Christians should hate is hatred itself. If God can love the world and forgive it (John 3:16; 2 Cor 5:19), then so should we. And let us remind ourselves that the love that “covers a multitude of sins” (4:8) is not a feeling but a way of treating others. Loving one another in this way is neither gender specific nor ethnically limited. Hence, we start with our own heart and then with our religion. To quote Gandhi again: “If religion does not teach us how to achieve the conquest of evil by overcoming it with goodness, it teaches us nothing.”[11]

One time early in our marriage, I facetiously chose for our evening devotion a text that urged wives to submit to their husbands. “Who said that?” She wanted to know. To emphasize the authority of my source, I replied piously, “The Apostle Paul.” “Then he’s wrong,” she said, without hesitation. Perhaps that’s more radical than necessary, especially since Paul in Ephesians 5 is more demanding of the husband than of the wife. There are three things we should note about Peter’s admonition that wives submit to their husbands and address them, as Sarah did, as lord (3:1, 5). First, the husband is not a believer. Second, the purpose of the call for Christian wives to be respectful of their husbands is in the hope of gaining their conversion. In the modern world, such servile (in our western context) behavior would likely have the opposite effect on an unbelieving husband.

So the purpose clause (“so that . . . they may be won over without a word by their wives’ conduct,” 3:1c) directs the way a wife behaves toward her husband within her own social context. Peter’s advice certainly does not endorse any form of abuse whether the spouse is a pagan or, even purportedly, a Christian. Third, the reference to adornment is in contrast to the attractiveness of an inner beauty. A Christian disposition potentially converts; adornment does not, whether the wife dresses like an Amish or a film star. Peter is not laying down a law controlling how women groom themselves; he is advising wives how best to bring their unbelieving spouses to faith in Jesus.

Imperial Rome was one of only three societies whose economy was wholly dependent on slavery.[12]Mass emancipation in the first-century would have caused chaos, even if it were within the power of the apostolic church to banish slavery. Peter is keen that Christians not be seen as revolutionaries instigating a slave uprising. Yet, Christianity really started the process that undermined the ethos of slavery. To send a slave (addressed as “boy”) back to his owner (addressed as “lord,” and “master”) as a brother turned the whole social order of slavery on its head (Philemon vv. 1–25). Loving one another was not a principle that endorsed slavery.

The ancients warred over gold and silver, the symbols of power, and they fought with weapons of bronze and iron (see Dan 2), but God’s kingdom is a pebble, a mustard bush, and not of this world (John 18:16). Its King was crowned in weakness, who was mocked, brutalized, humiliated, and crucified. But the weakness of God, that is the cross, is stronger than human strength, and the stupidity of God is wiser than human wisdom (1 Cor 1:18, 25) To walk in Jesus’ footsteps requires that “all of you must clothe yourselves with humility in your dealings with one another, for ‘God opposes the proud, but gives grace to the humble’” (1 Pet 2:21; 5:5).

[1] My parents were migrants from London and Belfast. I became a Christian in my 24th year.

[3]I had the misfortune but benefit of being raised by a war-widowed mother of incredible strength and independence, so I was somewhat predisposed to accepting that women are equal to men. My mother certainly was.

[4] The fight for equality in the churches has been embarrassingly prolonged. Clarissa Danforth was ordained in 1815 and Antoinette Brown Blackwell in September 15, 1853, yet many denominations still prevaricate. See https://alchetron.com/Clarissa-Danforth-1116992-W (accessed 04/16/17. Elizabeth Cazden, Antoinette Brown Blackwell: A Biography (New York: Feminist Press, 1983) 82.

[7]One thinks immediately of the Klu Klux Klan.

[11] Quoted by Mairead Corrigan Maguire, “Gandhi and the Ancient Wisdom of Nonviolence” in Wink (ed.), Peace is the Way, 161.

[12] The other two were Athenian Greece and the Southern States of USA.