The Personality of the Holy Spirit

The Personality of the Holy Spirit 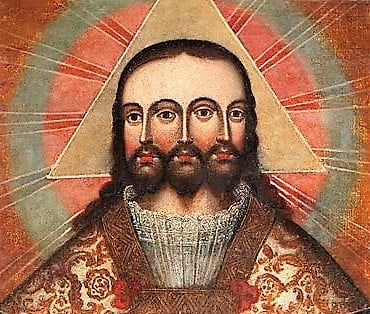 The Sabbath School lesson for this week takes up the question of the Personality of the Holy Spirit, exploring the long-time discussion or debate about the nature of the Holy Spirit. Over time, people have had various ideas on this subject. Some have claimed the Holy Spirit to be an emanation from God, that it is an unseen force of some kind, while other have attributed personhood to the Spirit. This question has been long debated partly because of the language used to describe the Trinity.  One particular difficulty is the use of the word “Person,” or “three Persons” of the Godhead. The idea of “three persons in one Godhead” creates mental images that do not fit into human brains, at least not well. This makes it easier to envision the Spirit as a force of some kind for that is far more understandable.

It is important to realize that the difficulties of describing the nature of the Holy Spirit arise from the intersection between the ancient Hebrew world and the Greek world. For the Hebrews, God was significant because of what He had done and was yet doing. “He brought us out of the land of Egypt, out of the house of bondage” was the operative phrase in the Old Testament. It was because of his actions that God was revered. There is little to no indication that the ancients tried to define the nature of God. That came when the Hebrew world ran into the dominance of the Greek world. The Greeks were bent on organizing all of life according to several abstract categories of thought, and when the Hebrew ideas ran into the Greek ones, if the ideas of the Bible were to have any play, they had to find a way to speak in ways that the Greeks found relevant. This meant God had to be described using the Greek categories of thought: “Being,” “Metaphysics,” and “Ontology.” It was while trying to fit God and the Holy Spirit into these categories that the familiar terminology was coined, “three persons in one” Trinity.

Rather than going into the Hebrew/Greek debate further, we will look at the biblical evidences. But first it is worth a few moments answering this question: “What difference does it make whether the Spirit is a person or a force?” The answer to this is quite important. Perhaps the best way to explain this is via the word “relatability.” If the Holy Spirit is a force, it is not possible to relate to a force. There is no way to collaborate with a force. We will either be used by it, or we will use it, for there is no dialog, no negotiating with a force, no co-operating with the impersonal. On the other hand, if the Spirit is a Person, relatability becomes a key factor. Volition becomes an element in the discussion. We can act in ways that are pleasing to the Spirit, or we can act in ways that are displeasing. We can develop a sense of closeness or distance to the Spirit. The Holy Spirit can react to our decisions and actions just as it can also guide and influence us.  The presence of a person allows for interactive dialog, even negotiation while the existence of a force is entirely impersonal.

So what are the biblical evidences?

We have as yet not looked at the way Jesus spoke of or described the Spirit. The major passage for discovering this is John chapters 14-17. This portion of the Bible is profound for it tells of Jesus last evening with his disciples. Central to that discussion is Jesus’ teaching about the Holy Spirit. Notice some of the pertinent verses:

Granted that there is not a whole lot of specific information from the Bible to settle our issues on the nature of the Holy Spirit, but the evidences cited above make it quite difficult to see the spirit as anything that has not sentience or personality. At the same time, we have to hold this idea in the face of the very difficult language that surrounds the human attempt to describe God. Certainly those who see the Spirit as a sentient being will have a much more intimate and interactive relationship than will those who see “it” as something less.