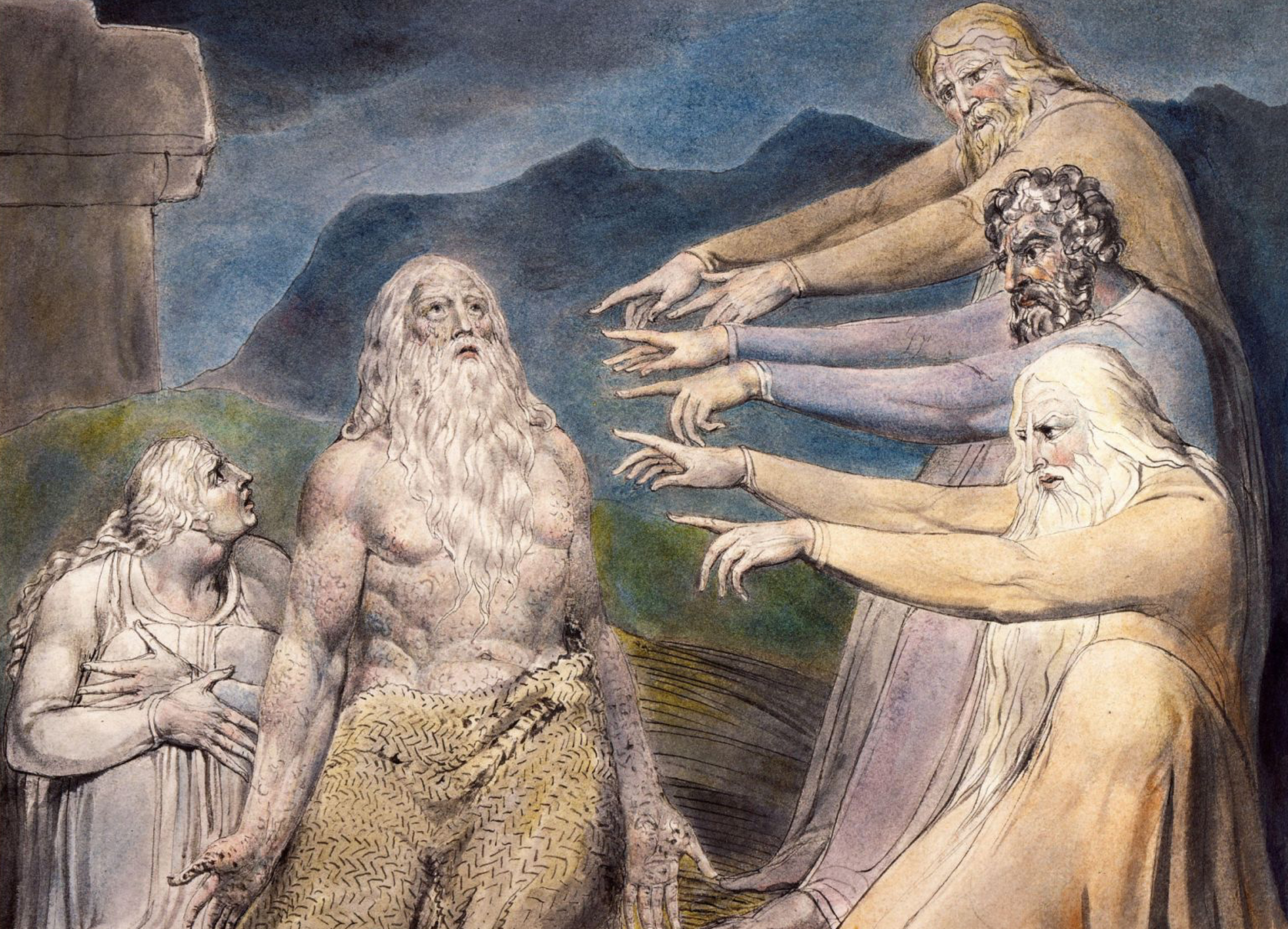 In the last attempt to defend himself at the court case Job longs for perpetual and written evidence of his innocence. The unfairness of his treatment has to be recorded as a testimony for future generations. The hand of God has struck him and now he wishes for the permanent record as a witness of this unfair balance of power (Job 19:21-24).

The second legal witness he might be calling for is go’el [redeemer] which in Leviticus 25:25 functions as a relative who saves and protects individuals from economic misfortune, exploitation or slavery: “If one of your fellow Israelites becomes poor and sells some of their property, their nearest relative is to come and redeem what they have sold.” Prophet Isaiah clearly portrays the God of Israel as go’el (Isaiah 41:14; 43:14; 44:6).

However, speaking from the existential point of view within the context of Job 19:25-27, it seems unlikely that Job wishes God to be his vindicator.

I know that my redeemer [go’el] lives,
and that in the end he will stand on the earth.
26 And after my skin has been destroyed,
yet  in my flesh I will see God [eloah];
27 I myself will see him
with my own eyes—I, and not another.
How my heart yearns within me!

Job is trying to raise the unthinkable question. Is there someone else or something else than God, but still reaching out to both the divine and human realms, that might be his helper in his “mysterious suffering,” and his attempt to justify himself. (Mark Driscoll believes there are 14 types of suffering in the Bible. Job’s would be the mysterious suffering because Job is totally unaware of the great conflict behind the scene.) Even if we equate go’el and eloah, is there a new dimension of this mysterious divine redeemer that can serve as a new form of revelation and ultimately a source of Job’s vindication?

The One who bridges the unthinkable, mysterious depth of human righteous suffering, and the divine unexpected and the unknown authority, is the fulfillment of all messianic hopes throughout the centuries. In Him, Job would find the consolation and remedy for his inexplicable form of suffering and the ultimate vindication, because “He lives.”

In the new flesh, Job would be the witness of this living and resurrected ‘God’ who has undergone the unthinkable strike of God, and remained a faithful witness. Job identifies himself with this mysterious divine-human figure and realizes that the hope is in participation, throwing himself into the abyss of the unknown relationship and yet enlightening and glorious experience of being embraced and vindicated by this Witness. Oh, how he yearned for such a Witness!

Job reconstructs the settled foundations of traditional theology from the perspective of his unique and expanded human experience. He is assured that from the traditional form of go’el, a new type of eloah will emerge and testify about God’s reality, first by full participation in the mystery of human suffering, and then by recreation in the new flesh of humanity.

“Seeing this God” after the skin is destroyed represents the ultimate revelation and vindication of Job. Vindication is on the other side!

Today’s political and church structures, as always in history, claim that they are the fulfillment of the providential ways of God. They take upon themselves the authority that transcends human establishments and policies. They speak in the name of God and act sometimes in the name of that same God. They even claim that they represent the hand of the go’el. In this process, collateral damage of the marginalized, ostracized, and weak is evident. The god of the human authority is always the god of suspension of the sidelined. Submission and consent seem to be the only viable ways of coping with the coerciveness of these structures or with the strident insistence on the innocence of the suffering ones. This innocence indeed calls the marginalized to take up their cross and follow the One in whose suffering they participate.

However, the new, beautiful, and delightful form of eloah emerges.  We cannot control or manipulate God, His actions of righteousness, or His movements of truth. Our liberty has some serious limitations. Behind the scenes, His providence is working in vindicating His suffering ones who remained committed to Him in their genuine faith and obedience. He might seem sometimes cruel and unresponsive to them, but He participates in different forms of trials of the marginalized and vindicates them in the heavenly courts, as the good old Book says. Moreover, He is the God of hope in reshaping of the reality now and re-creation hereafter.

Submissiveness sometimes might bring temporary sense of peace and tranquility, but the Job-like unrestful complains, and the spirit of resistance against coercive political/religious forms and structures is the expression of the original human innocent cry for freedom of conscience. Life is messy and grace is ambiguous, but freedom will reign at last. “Free at last, Free at last, Thank God Almighty we are free at last.”

Yet, Job’s experience teaches us that the ultimate vindication is on the other side.

Desmond Tutu, fighter for justice and freedom observes “There is no shaft of light that comes from heaven and says to you, ‘Okay, you are right.’ You have to hold on to [the call] by the skin of your teeth and hope that there is going to be vindication on the other side.”2