What DID God Say to Job?

What DID God Say to Job? 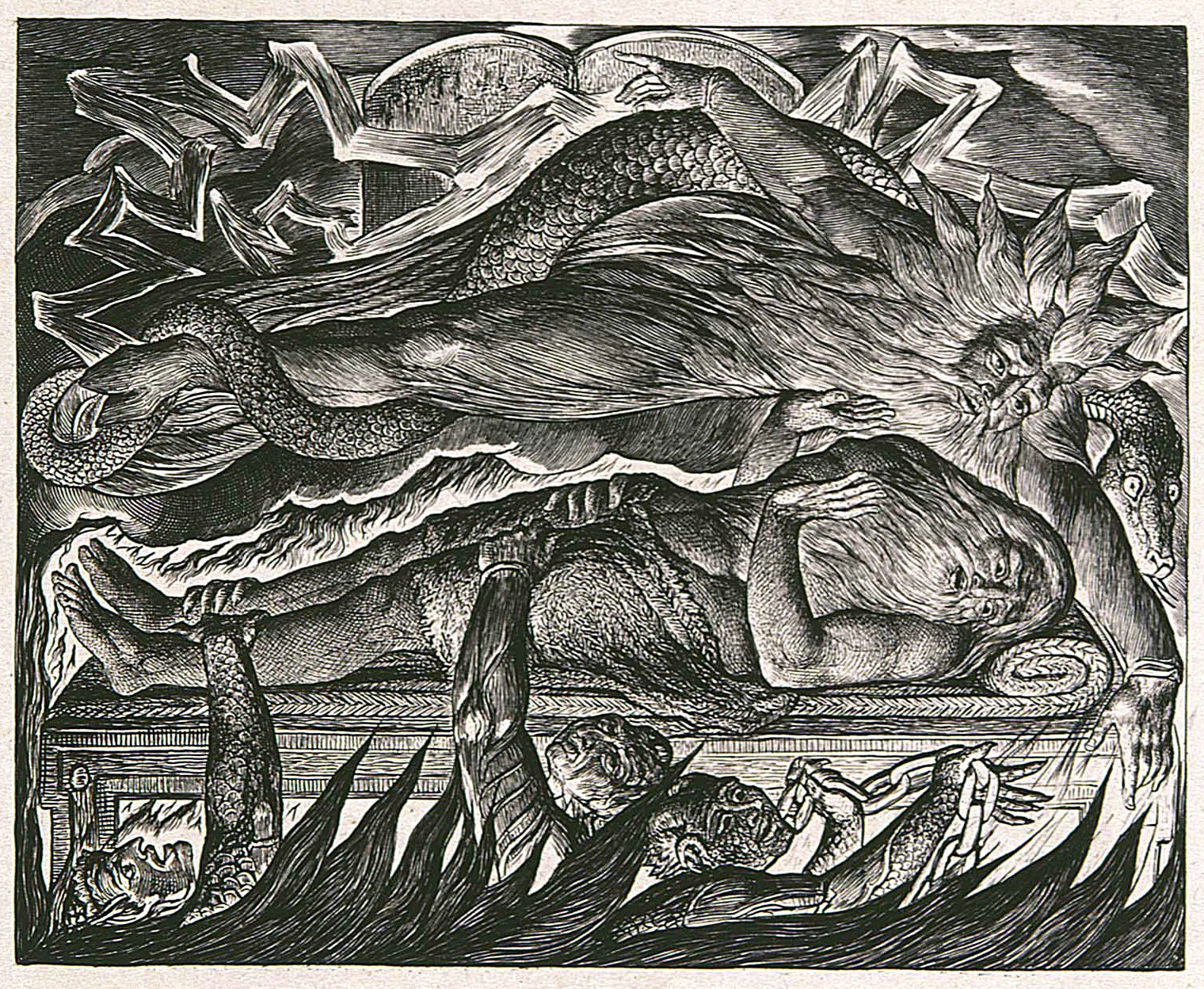 Most readers of the book of Job find the divine speeches (Job 38-41) bewildering. (To avoid biblical references and footnotes, I merely direct the reader to Linda Jean Sheldon, “The Book of Job as Hebrew Theodicy: An Ancient Near Eastern Intertextual Conflict between Law and Cosmology.”) Often, when discussing Job with my students after they have had to read the entire book, I ask them, “Did you understand it?” Heads shake No around the room. I then assure them that many scholars of Job have also struggled to understand the book. Of all the difficulties, though, the divine speeches get the votes for being the most difficult to understand.

What is the purpose of God’s words to Job? Was He attempting to show off his power (most reader votes)? Did he intend to impress Job about His wisdom? Are these speeches a diatribe to put Job in his place? Or are they an admission by God that He has not succeeded in dealing with evil?

All of these suggestions, made by various scholars, seem to reflect surface readings of Job. Of all the characters in the book, except for Elihu, Job has been foremost in extolling God’s power. For Job, the issue at stake is not God’s power, but His justice. For God to impress Job with His power, then, seems, at best, to be needless. Each of the rest of the suggestions have problems of their own when one reads the divine speeches closely.

I share the view with Rachel Magdalene that the divine speeches are God’s defense against the Satan’s and Job’s accusations against him. In my viewpoint, also, the divine speeches propose to answer the issues the three friends and Job have raised about the nature of God’s justice. It is well known, of course, that the three friends espouse the ancient Near Eastern (mostly Mesopotamian) belief in retributive justice. Retributive justice is sometimes referred to as “reward and punishment,” in which God rewards the righteous and punishes the wicked. Several Babylonian works, such as the "Poem of the Righteous Sufferer," underscore this belief. In the Hebrew Bible, one only needs to read Proverbs and then Job, to see how prevalently the doctrine persists there. We can, therefore, view the book of Job as a debate or dialog over whether God’s justice is retributive or of some other kind.

While the three friends argue from experiential and legal constructs and Job argues from observation and experience, God’s speeches turn to the ancient combat mythopoeic imagery, with a cosmological (creation) cast, to explain the nature of divine justice. In combat myth, there is a battle of one deity against a chaos entity (who may also have been a deity but now is described as a monster) which the first deity conquers. Anciently, combat myths do not deal with moral issues, so for the book of Job to utilize language from these myths for the purpose of dealing with justice is surprising.

In my study of Job, I have concluded that the author of the divine speeches used one particular myth, the Babylonian Creation (Enuma Elish), both to counter it and rely on it to establish his unique view of divine justice. In the Babylonian Creation, Tiamat (salt water who is styled as a dragon-like monster) rises up against the gods who supported the deity Ea, who slew the ancestor of them all, Apsu. Incited to retaliate by her followers, she organizes her troops for combat, hands over the Tablets of Destiny to Qingu, her consort and instigator of her rebellion, and creates eleven warriors to go at her side. The gods on the other side grow anxious and afraid, sending three gods to deal with her, each of whom find her so formidable that they turn back. Finally, Ea counsels his son, Marduk (who will become the patron god of Babylon) to offer to take Tiamat on. Marduk responds with a contingent offer to go against Tiamat on the condition that he become king over all the gods. When the gods agree and Marduk passes the test they provide, he takes his weapons of wind, net, special bow, arrow, and mace and advances against this angry foe. By blowing the wind down her throat, he manages to shoot an arrow into her insides. When she collapses, Marduk takes his mace and repeatedly beats her head. Seizing the Tablets of Destiny from Qingu, he then binds her warriors. Out of Tiamat’s carcass, he creates the world.

The parallels between Job 38-41 and Enuma Elish are numerous (I list only some of them here): While Yahweh lays the earth’s foundations, Marduk slays Tiamat to use her carcass to create the earth; at the same point in both texts heavenly beings rejoice; at the same juncture in both texts, Yahweh sets bars and doors to contain Yam, the sea (who also parallels Tiamat), while Marduk draws bars and appoints a watchman to contain Tiamat’s waters. Yahweh examines earth’s expanse while Marduk examines the sky; both order the heavenly bodies; Yahweh splits a canal for flashfloods; Marduk opens the rivers Tigris and Euphrates.

In some of the most significant parallels, Yahweh takes care of eleven animals (Job 38:39-39:30), providing for both predator and prey while Marduk captures and binds Tiamat’s eleven warriors. Behemoth (literally, “beast”) parallels Tiamat’s consort Qingu; Leviathan (a dragon-like chaos monster) parallels Tiamat (who identifies as the same).

Before moving on to Behemoth, Yahweh asks Job more personal questions. He challenges him to take his place and deal with the proud (a term often used in the Hebrew Bible to denote the wicked). He counsels him how to go about it, decking himself in majesty and glory, pouring out his anger, and with a look at the proud, abasing them, hiding them in the dust and binding them in a secret place. Yahweh has just indicated in the previous chapters that he did not do that to the eleven animals who represented predator and prey, but instead provided them food, even if at the expense of the prey. It would seem, then, that his questions to Job pertain less about Job’s lack of power to do it than about how to deal with the wicked. These questions will help prepare Job for Yahweh’s descriptions of Behemoth and Leviathan, especially the latter.

Yahweh’s questions to Job about this monster regard the means by which he can be conquered. Most of the weaponry Marduk uses on Tiamat, with the exception of some of the weapons used on sea creatures, are featured in Job 41:1-30: the rope Marduk uses on his enemies that follow Tiamat, the inability to open its mouth (something Marduk does to Tiamat with his evil wind), the inability of wind to come between the shields on Leviathan’s back, the hardness of the monsters inside that sword, spear, or javelin cannot penetrate, the arrow that cannot cause this chaos monster to flee (cf. Marduk’s piercing Tiamat’s heart, killing her). Finally, Leviathan considers the mace that Marduk uses to crush Tiamat’s skull as chaff. Clearly, no Babylonian combat weapons can deal with this ancient formidable persona of evil.

Earlier Yahweh has asked Job if he, by force, would get Leviathan to supplicate or speak softly to him? Could Job tame him for his girls to play with? In the Hebrew text, it is very possible to read that “even a god is overwhelmed” when seeing this evil monster. When it rises up, the gods are frightened. This reading parallels the many lines of Enuma Elish that recount the fear of the gods over Tiamat

What the divine speeches establish are four very important principles to apply to the questions of divine justice in the face of evil. 1) God has not destroyed the persona of evil; he still rules over the proud (41:34). 2) God sets boundaries around evil, limiting how far its proud waves may go (38:10, 11; cf. 1:12; 2:6).  3) God treats all of his creation, both good and evil, the same—with care and provision; consequently, the righteous prey suffer at the voracious lust of the wicked. This is Yahweh’s cosmological justice, stemming from his creation of all things. Because all, both good and evil, are his creatures, he treats them all with goodness, despite the cost to some of his creation.

If we stopped there, we would struggle with temptations to resent such a gracious God. It is not fair, is it? But Yahweh’s treatment of the weapons combined with his personal questions of Job demonstrate (4) that weapons of violence and compulsion do not conquer the author of force. Indeed, the commands Yahweh gives Job about how to conquer the wicked are descriptions of arrogance. How can a god conquer the proud by being proud? If pride and violence are prime evil, how can God violently, arrogantly smash evildoers into the dust without being evil? Would not God and evildoers all wage war on the same side? And isn’t it like evil to divide itself into multiple factions, playing deadly war games using competing but similar weapons?

Near the end of Yahweh’s description of Leviathan, he admits to Job, that no one on earth is his (Leviathan’s) equal. Now we learn that Yahweh has been testing Job to see if he has the expertise to take on the Leviathan. Does he? By the way he has chastised his three friends, perhaps not. By the way he spoke to Yahweh (though Yahweh does not take offense because he knows that Job is not attacking him but the version of “god” of the three friends), perhaps Job is not equal to the task. Because only weapons at variance with violence and force and only attitudes and motives opposite to pride can conquer Leviathan.

And so, Yahweh himself, of whom Job is a type, descended to this roiling ball of fury and took on the task of answering the questions of God’s goodness and justice raised in the book of Job. Walking our world, he lived only to make others whole with his goodness and compassion, advocating and living humility and service, seeking only to win, not to compel, the love, trust, and obedience of his followers. Three years was too long for the world to cope with such a God. They hounded him, tried repeatedly to stone him, mistreated him with verbal abuse, taunted his birth, his miracles, and scorned his love. And finally, at the cross, Leviathan opened his deadly maw to receive his beaten, ravished body, and Yahweh went head-first down into the tomb of Leviathan, wrapped his arms around the dragon’s heart, and cried, “Father, forgive them, for they know not what they do.” Leviathan thrashed in the sea of evil, spitting up blood, and lay helpless and vanquished. Why? Because a God who wins with love and truth conquers evil. Evil cannot withstand the omnipotence, omniscience, and omnipresence of divine love any more than darkness remains in the presence of the sun. Love, by its very nature and actions, destroys evil and those who insist on evil even while it gives life to those who receive and respond to love’s embrace.

Jean Sheldon is Professor of Old Testament at Pacific Union College, specializing in Hebrew Bible and the ancient Near East.